The ambitious, bold and hungry start their week with The Business of Business!
Features
2.24.22   8:04 PM Features

The Business of Business 50 over 50: E-commerce

Success isn’t just a young person’s game. We scoured the internet and compiled a list of 50 business professionals who won big after age 50. Here are the first 10.

It’s no secret our culture is obsessed with youth. The internet teems with stories about people who made it big at an early age — like Erik Finman, the Bitcoin investor who became a millionaire at 18, or young billionaires like Facebook founder Mark Zuckerberg, 29-year-old crypto investor Sam Bankman-Fried and 27-year-old Bolt founder Ryan Breslow.

Being known as a young success story is so appealing that some people will cheat to hit milestones, like now-convicted Theranos fraudster Elizabeth Holmes. Others will lie about their ages to get on media “30 under 30” lists, like poop-testing startup founder Jessica Richman.

Yet some people have started to become weary of the relentless drumbeat of accolades for young hotshots. The truth is that success is remarkable at any age, and is actually more likely to happen to founders with work and life experience under their belts than to those trying to be the “next Steve Jobs." A growing chorus of observers is suggesting that older achievers deserve attention, too.

“I get tired of ‘under 40’ lists,” horror writer Doug Murano said, in a tweet that went viral, in September 2020. “Show me someone who got their PhD at 60 after losing everything. Give me the 70-year-old debut novelist who writes from a lifetime of love and grief. Give me calloused hands and tender hearts.”

With that sentiment in mind, The Business of Business decided to celebrate individuals who accomplished big things later in life. We took a look across five sectors — e-commerce, technology and software, banking and insurance, venture capital, and media and entertainment — and compiled a list of 10 people in each who took risks, pushed boundaries and reaped rewards after the age of 50.

Our “50 over 50”  list starts here with e-commerce. These 10 trailblazers include both seasoned professionals who are household names and others who are less widely known. All made strides and left lasting impacts on their businesses and the industry as a whole. 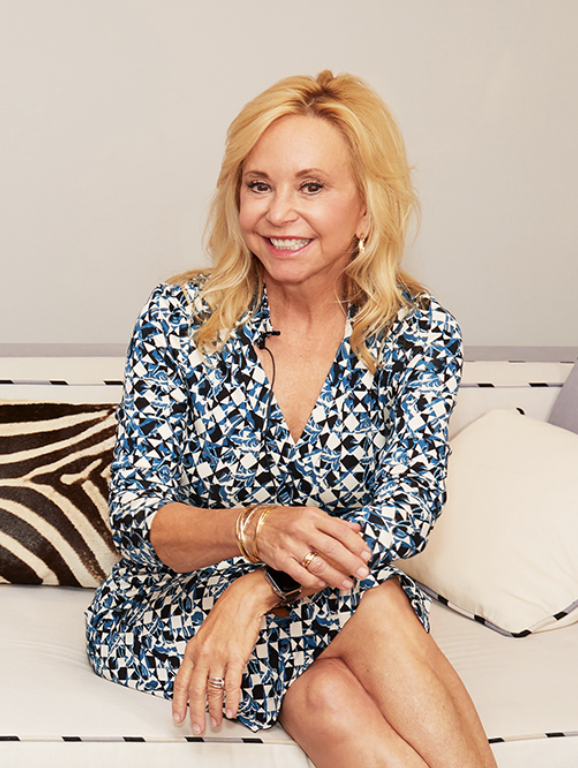 Julie Wainwright is a resilient entrepreneur. At age 53, Wainwright started TheRealReal, a luxury consignment marketplace. Before that, she faced numerous obstacles. Wainwright oversaw the rise and fall of Pets.com, from going public to becoming a dot.com bubble casualty. She had to spend years overcoming the subsequent damage to her reputation, as well as sexism to build TheRealReal from the ground up. Between 2017 and 2018, she successfully raised $380 million. In 2019, her company pulled in $358 million through an IPO and reached a market cap of $1.5 billion. While the company has not yet to turn a profit, it is going strong in growth. In 2021, TheRealReal saw its revenue rise 27% year over year to just under $100 million. 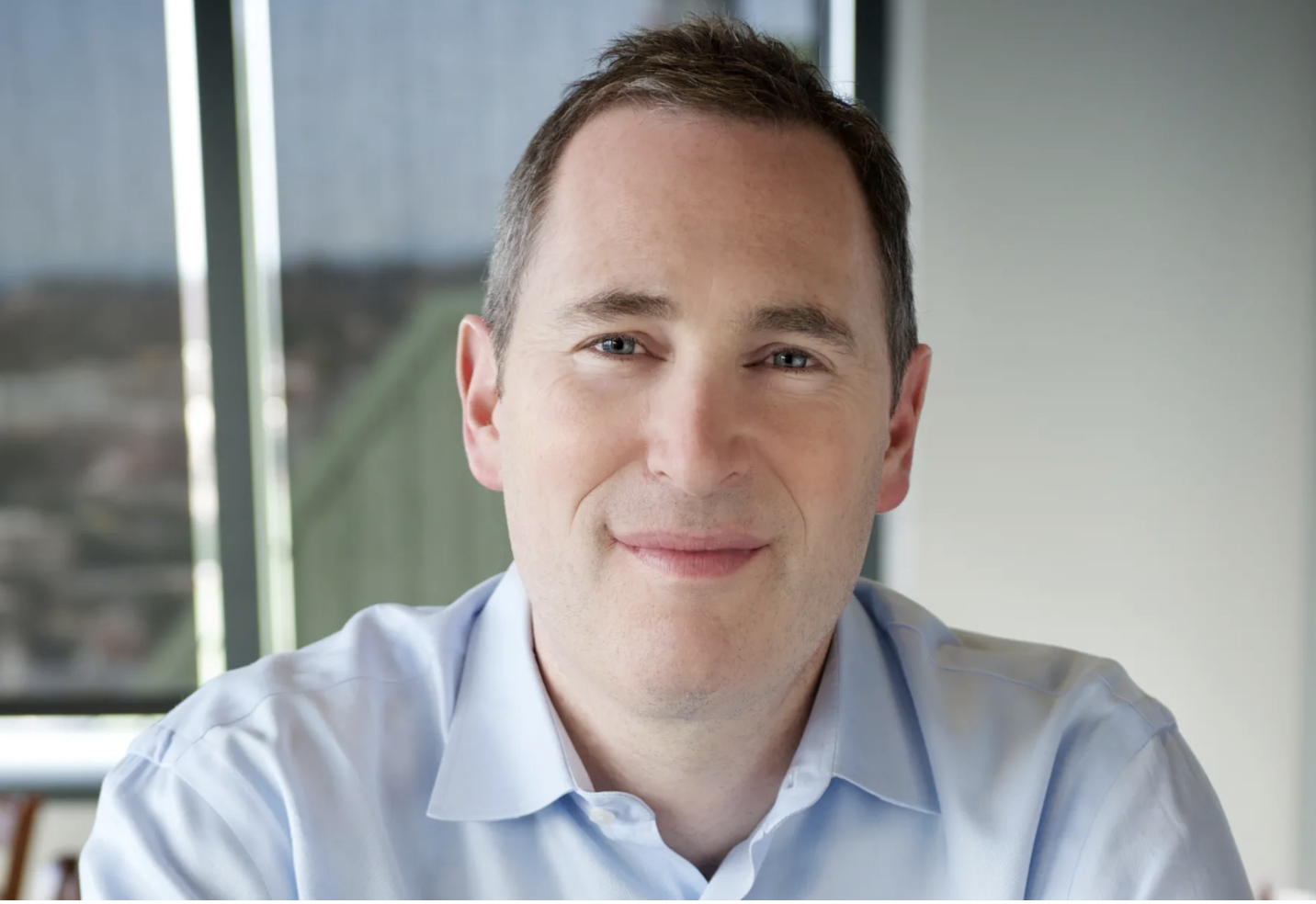 When asked in 2021 by Jeff Bezos to be Amazon’s next CEO, Andy Jassy was surprised and excited by the opportunity. Before that move, Jassy served as CEO of the e-commerce giant’s Amazon Web Services division, which provides cloud computing infrastructure to Netflix, Fortnite and many other internet platforms. With Jassy at the helm, AWS earned an eye-popping $45.4 billion in sales in 2020, making it one of Amazon’s fast-growing and most profitable subsidiaries. Contrary to the more combative image of Amazon founder Jeff Bezos, Jassy was considered a “nice guy” as he stepped up to run the e-commerce empire. Five months into the CEO job, Jassy said Amazon could do more to improve its working conditions, and more recently the company raised its ceiling on pay for office workers.

Since 1999, Jack Ma has cultivated Alibaba into a global e-commerce empire that rivals Amazon. Until 2019, Ma served as executive chairman of Alibaba Group, which includes Alibaba.com, Taobao Marketplace, Tmall, eTao, Alibaba Cloud Computing, Juhuasuan, 1688.com, AliExpress.com, and Alipay. His stepping back from the primary role (but maintaining an important presence in his company) came after his empire faced a major regulatory crackdown from the Chinese government. But before all that, in 2014, the year Ma turned 50, Alibaba raised over $25 billion in an initial public offering on the New York Stock Exchange, making it one of the most valuable companies in the world. In 2015, Jack Ma founded and led an elite business school, though he stepped down in 2021. With a net worth $35.4 billion, Ma remains one of the wealthiest people in the world. 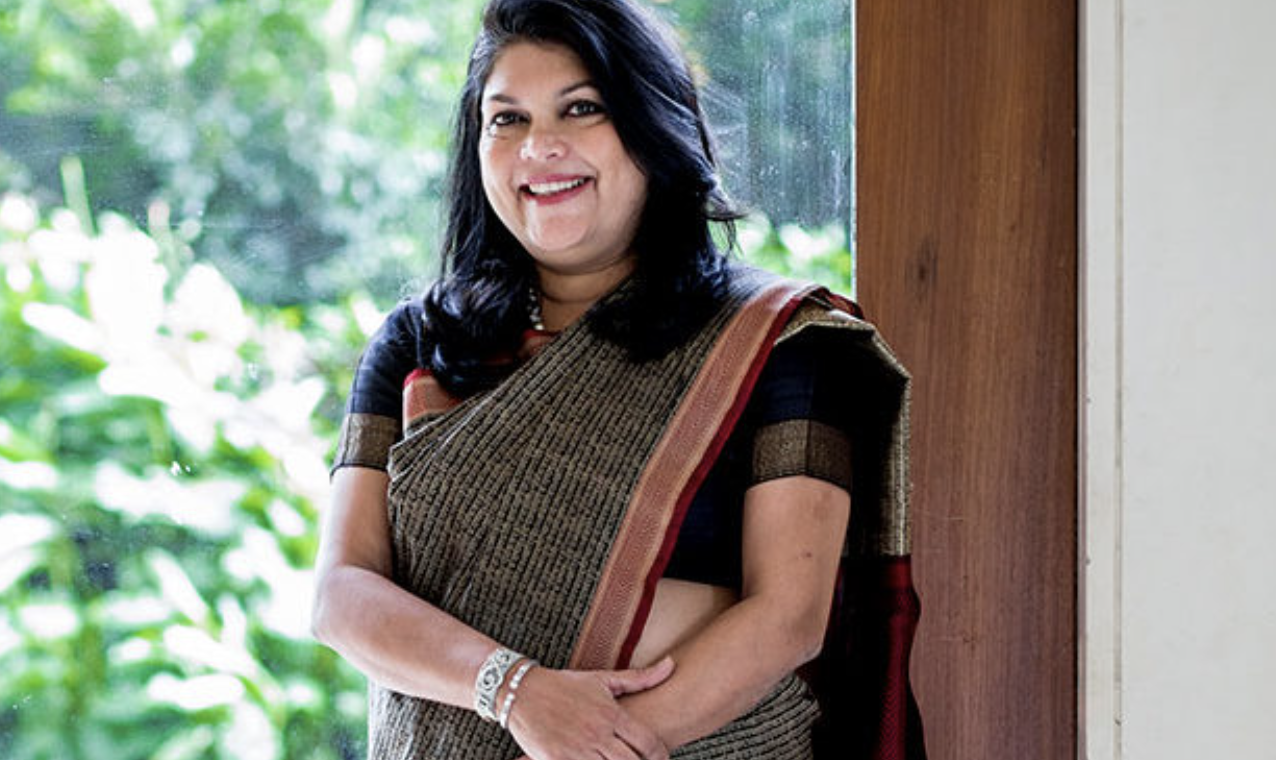 Falguni Nayar achieved the status of India’s richest self-made woman well into her 50s. At age 50, Nayar, a former investment banker, founded beauty and fashion e-commerce company Nykaa with $2 million of her own money. Last year, the company sold over 2,000 brands and 200,000 products across its platforms. In November 2021, Nykaa went public and reached $2.3 billion in value, pushing Nayar’s wealth to nearly $7.5 billion and making her India’s first female unicorn founder. Under her leadership as CEO, Nykaa has retained its e-commerce roots but also started opening stores. It currently has 84 stores in more than 40 cities around the world, with plans for 100 stores in the next few months and 300 in the next few years, according to MSN. 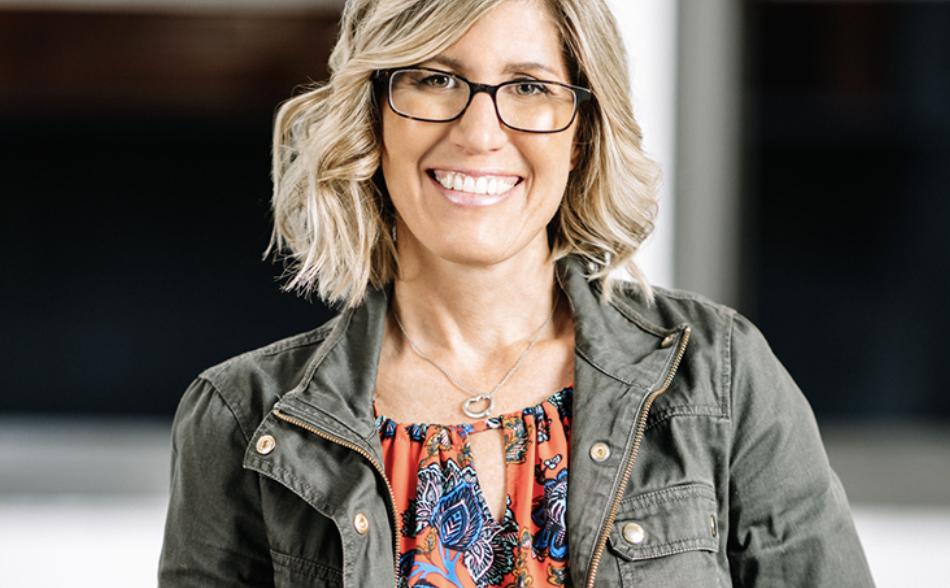 Since taking up the mantle of CEO at 47, Kristin Savilia has successfully led the wholesale platform provider Joor as digital adoption in retail accelerated in response to the pandemic. Brands leveraged the Joor platform to shift their products and reallocate their inventory, and the company has even provided virtual showrooms to fashion brands. Today there are more than 13,000 brands and over 365,000 curated fashion retailers across 150 countries that connect on the Joor platform daily and process over $15 billion in wholesale transactions every month. Even as the pandemic began to recede in 2021, Joor’s retail client accounts grew by 37 percent from 2020 to 2021. Under Savilia’s leadership, Joor continues to invest in opportunities to revolutionize digital retail, such as integrating 3D and augmented reality technology into its platform. It’s likely she has big plans having overseen a successful fundraising round of $46 million for Joor in June. 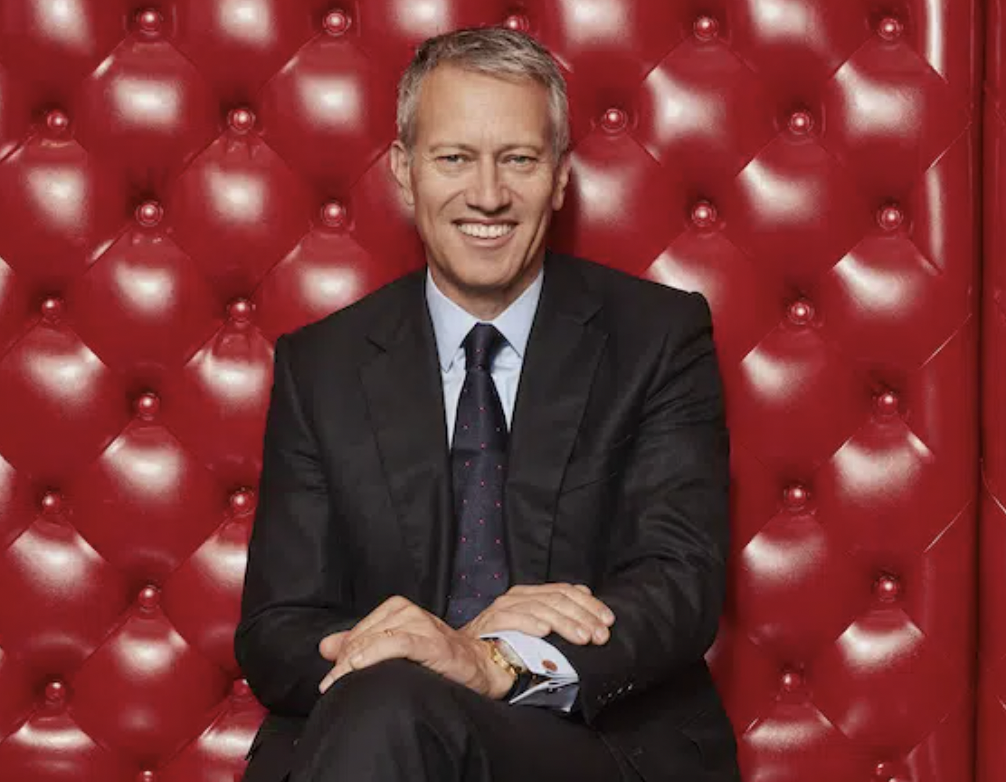 At the age of 50, James Quincey became the CEO of Coca-Cola. He’s made dramatic changes to the 129-year-old company’s portfolio of products, some of which have upset customers. Quincey reduced the Coca-Cola product portfolio by half by discontinuing about 200 brands, which included beloved ones like Tab, Odwalla and Zico coconut water. Under his leadership, Coca-Cola launched its energy soda brands, Coke Energy and Coca-Cola with Coffee, to take advantage of the growing energy drink market. The historic Diet Coke product was reshaped with taller, slimmer cans and new flavors. Even before the pandemic, Quincey pushed Coca-Cola to embrace e-commerce partnering with Amazon Echo and other smart speakers, as well as a startup that delivered the beverages to students on college campuses. This left the company in a better position to weather the decline in sales once other channels slowed amidst the pandemic.

Lauren Hobart became Dick’s Sporting Goods’ first female CEO in February 2021. Due to the pandemic, she helped oversee a period in which e-commerce became much more important to the retailer. The focus on e-commerce and improving the company’s website paid off: In the third quarter of 2021 e-commerce sales rose 97% above the third quarter of 2019. Under her leadership, Dick’s Sporting Goods also upped its investment in its brick-and-mortar locations. For example, the company opened more off-price stores under its Going, Going, Gone, Warehouse Sale, Golf Galaxy and Soccer Shop banners. In order to drive traffic to physical stores, Dick’s launched an experiential House of Sport concept, which provides turf field and running track, batting cage and more activities. And she has more plans to keep the retailer growing: “2022 is going to be all about growing our core business as well as some of these new initiatives,” Hobart told Footwear News. 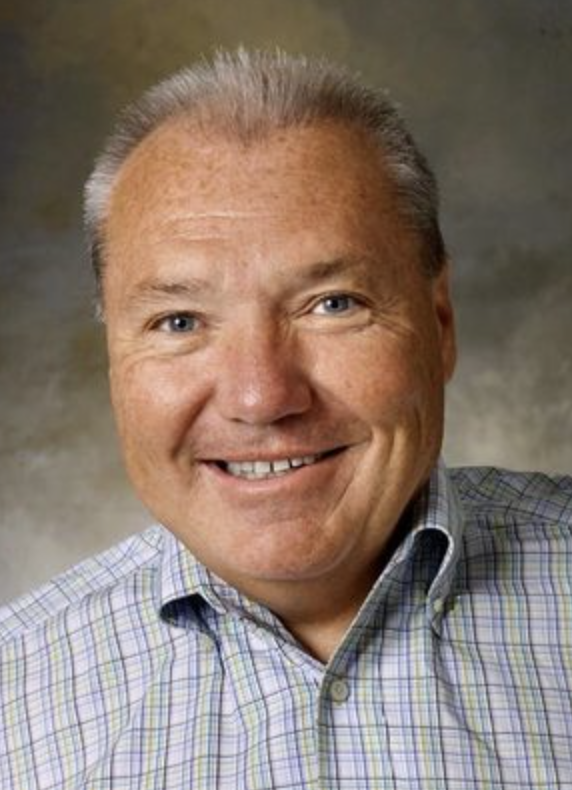 Craig Jelinek became the CEO of Costco in 2012 at age 60. Jelinek has led the wholesale retailer through the unprecedented surge in e-commerce caused by the pandemic. In the fourth quarter of 2020, Costco saw its online sales surge 91% year over year. To strengthen its e-commerce capabilities, Costco acquired Innovel Solutions, which provides delivery services, for $1 billion in March. Jelinek has also helped the company retain talent amid a competitive job market. In late February 2021, Jelinek announced that Costco would be raising its starting wage to $16 an hour. A few months later, he raised Costco’s minimum wage again, from $16 to $17. 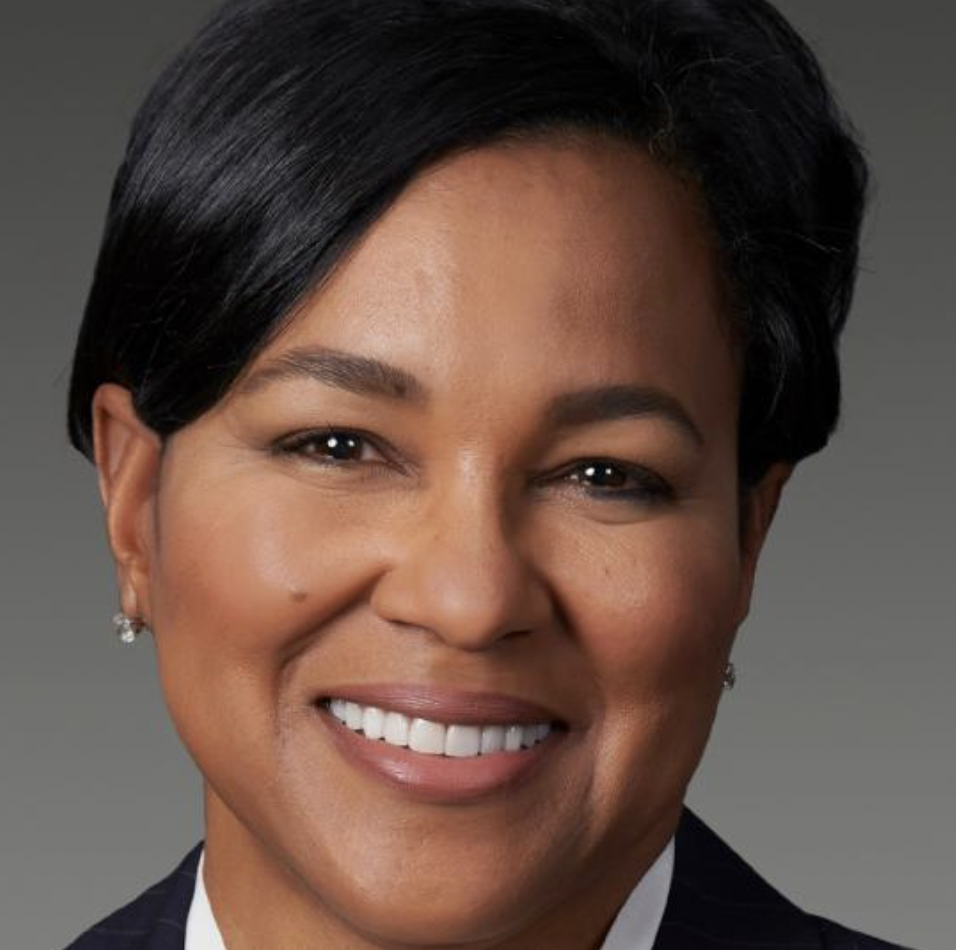 Rosalind G. Brewer continues to break barriers well into her 50s. Her appointment in March as CEO of Walgreen Boots Alliance makes her one of only two Black women CEOs of Fortune 500 companies, as well as the only Black woman at the helm of an S&P 500 company. “I look forward to the day when I’m no longer the first,” Brewer told USA Today. Brewer took over as the pandemic was accelerating the pharmacy giant’s digital transformation and renewed focus on e-commerce. Her current position is just the latest executive role she’s taken up. She has served as COO and group president of Starbucks, where she ran the company's businesses in the U.S., Canada and Latin America as well as its operations for four years. Brewer shut down all Starbucks stores for mandatory racial bias training after two Black men were arrested for trespassing at a Philadelphia location when they were simply sitting at a table. Prior to her executive role at Starbucks, Brewer was the president and CEO of Sam’s Club at the age of 50.

At the age of 59, Jaleh Bisharat co-founded NakedPoppy, a clean beauty startup that sells makeup through its website. Before starting her own company, Bisharat racked up experience as the CMO at Evenbrite, and as a marketing VP at Upwork, OpenTable and Amazon. When co-founding NakedPoppy, Bisharat was “obsessed with the idea of starting a company that makes clean makeup easy to buy online, so that many more people could enjoy better-for-you beauty.” She was also recently appointed to the board of directors of SkillShare and Wealthfront.

Correction: A previously published version of this story misstated Kristin Savilia's age. She is 52 and became CEO at age 47. It also incorrectly listed Andy Jassy's age. He is 54.