The ambitious, bold and hungry start their week with The Business of Business!
Features
3.2.22   9:10 PM Features

The Business of Business 50 over 50: Media & Entertainment

To cap off our five part series highlighting professionals who achieved great things after age 50, here are 10 from the world of media and entertainment.

Perhaps no industry is considered more synonymous with youth than the media and entertainment realm. Forget just beautiful young things or actors being asked to play the parents of peers their own age, even babies can make it in Hollywood.

But whether in front of the camera, playing sports or making things happen behind the scenes – including running whole leagues or building their own media empires – the people on the final installment of The Business of Business 50 over 50 list prove that career longevity is possible in the media and entertainment industries – and so is finding success later in life. (You can also check out our previous installments on e-commerce, tech and software, venture capital and investing and finance and fintech for more inspiration.)

Here are 10 individuals who made it big in the media and entertainment sphere after age 50. 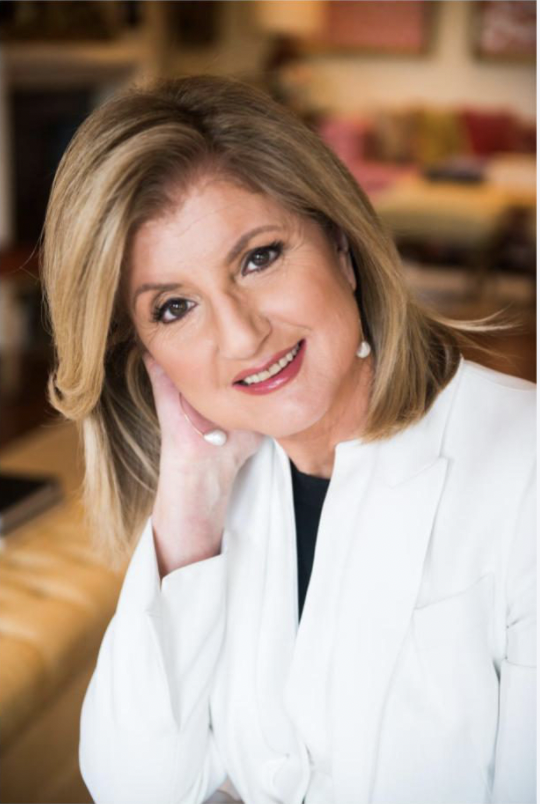 Arianna Huffington started her career as an author and journalist with the 1973 book The Female Woman, in which she took aim at the Women’s Movement. She went on to write a biography of opera singer Maria Callas in 1981 and a biography of artist Pablo Picasso in 1989. During the late 1980s she also wrote for the National Review (though her politics have changed since then). She became well-known nationally in 1994 when her then husband Michael Huffington unsuccessfully ran for the Senate. In 2005, at age 54, Huffington founded The Huffington Post. In 2011, AOL acquired The Huffington Post for $315 million and made Huffington editor-in-chief. She departed that job in 2016 to launch Thrive Global, which focuses on science-based solutions to stress and burnout. 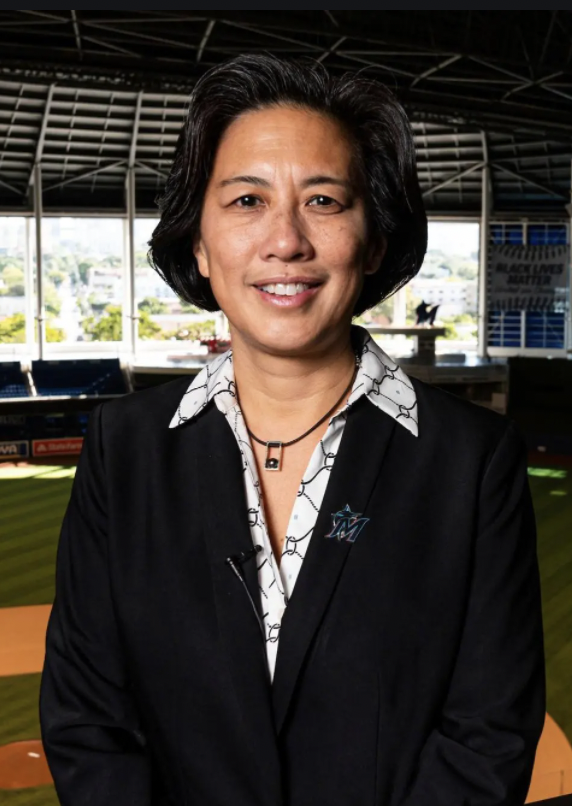 In November 2020, at age 52 Kim Ng was hired as the GM of the Miami Marlins, becoming the first female general manager of a men’s team in any major U.S. sports league. She sought the GM job with 10 teams over the years before Derek Jeter selected her for the Marlins job. And before that, she had already racked up an impressive resume in baseball. Ng worked for the Chicago White Sox after graduating from the University of Chicago, and eventually became an executive for that team as well as for the Yankees, the Los Angeles Dodgers and Major League Baseball itself. Even as a young person Ng was accomplished: when she was hired by the Yankees as assistant GM in 1998 at 29 she was the youngest person and only the second woman to hold that title.

Ina Garten, 73
Cookbook Author and Star of "The Barefoot Contessa" 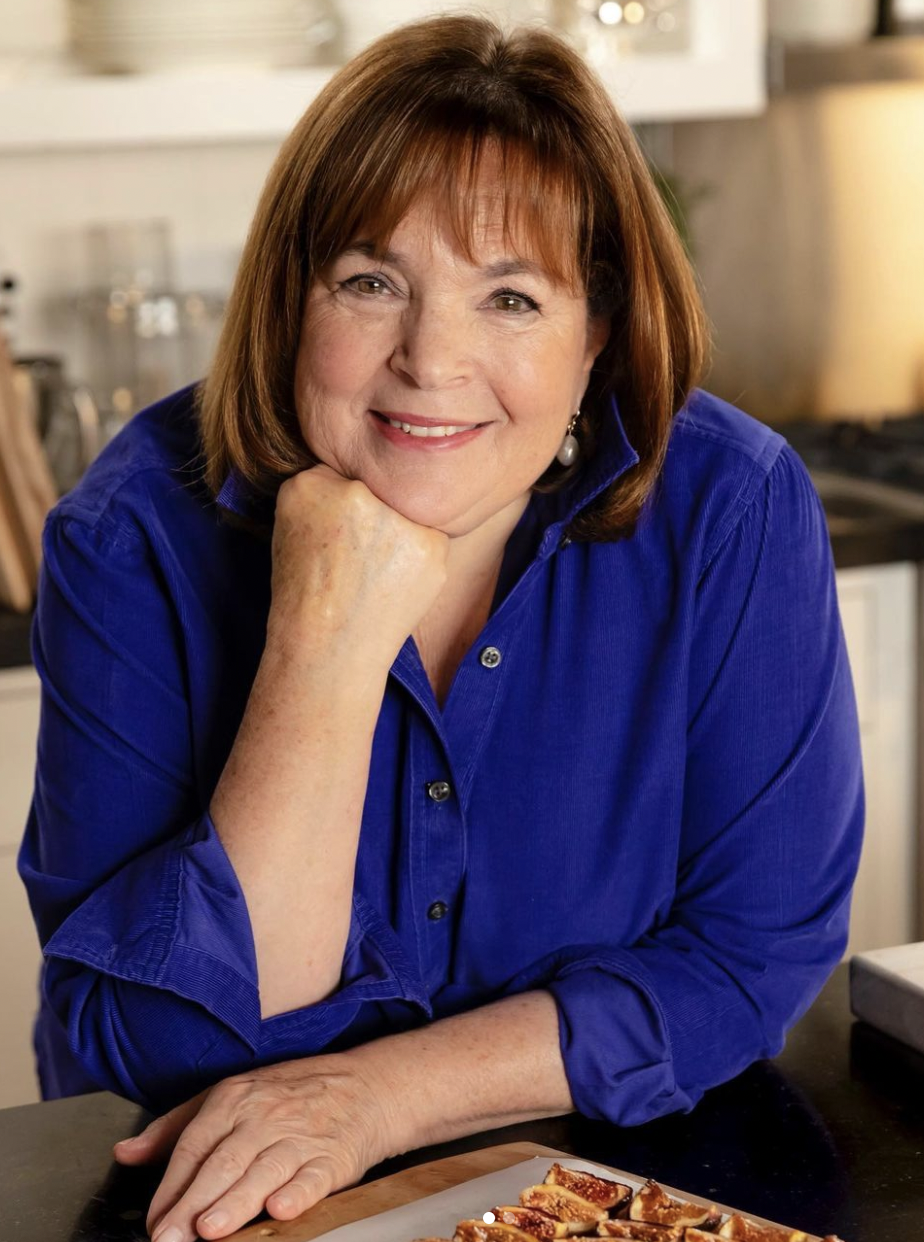 Ina Garten and her husband Jeffrey moved to Washington D.C. in 1972, where she worked her way up in government, eventually becoming a budget analyst in the Office of Management and Budget during the Ford and Carter administrations. When she turned 30, she bought The Barefoot Contessa, a specialty food store on Long Island, and left her government job to run it. In 1996, she was looking for change and sold the store. She began working on her first cookbook, which was released in 1999, when she was 51. She has since released a new cookbook every two years. In 2001, she started filming her television show, also called "The Barefoot Contessa," which she is still hosting. 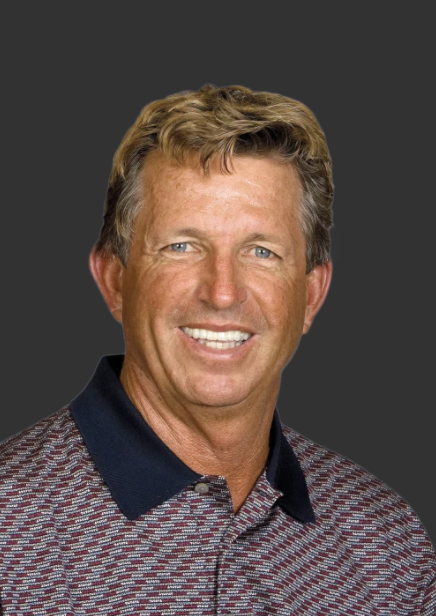 Dana Quigley has been a professional golfer since he was 24 in 1971. The early decades of his golf career were unremarkable despite his passion and talent because he lacked confidence. His best finish was sixth place at the 1980 Greater Milwaukee Open. In 1997, at age 50, Quigley became eligible for the Senior PGA Tour. To prepare, he spent three days with a sports psychologist and that initiated a transformation in Quigley’s game that surprised even him. Known as the “Iron Man,” Quigley went on to win tournament after tournament. By 2008, when he was 58, he had made more than $11 million in career winnings, more than legendary golfer Jack Nicklaus. He was inducted into the New England Section of the PGA Hall of Fame in 2000. 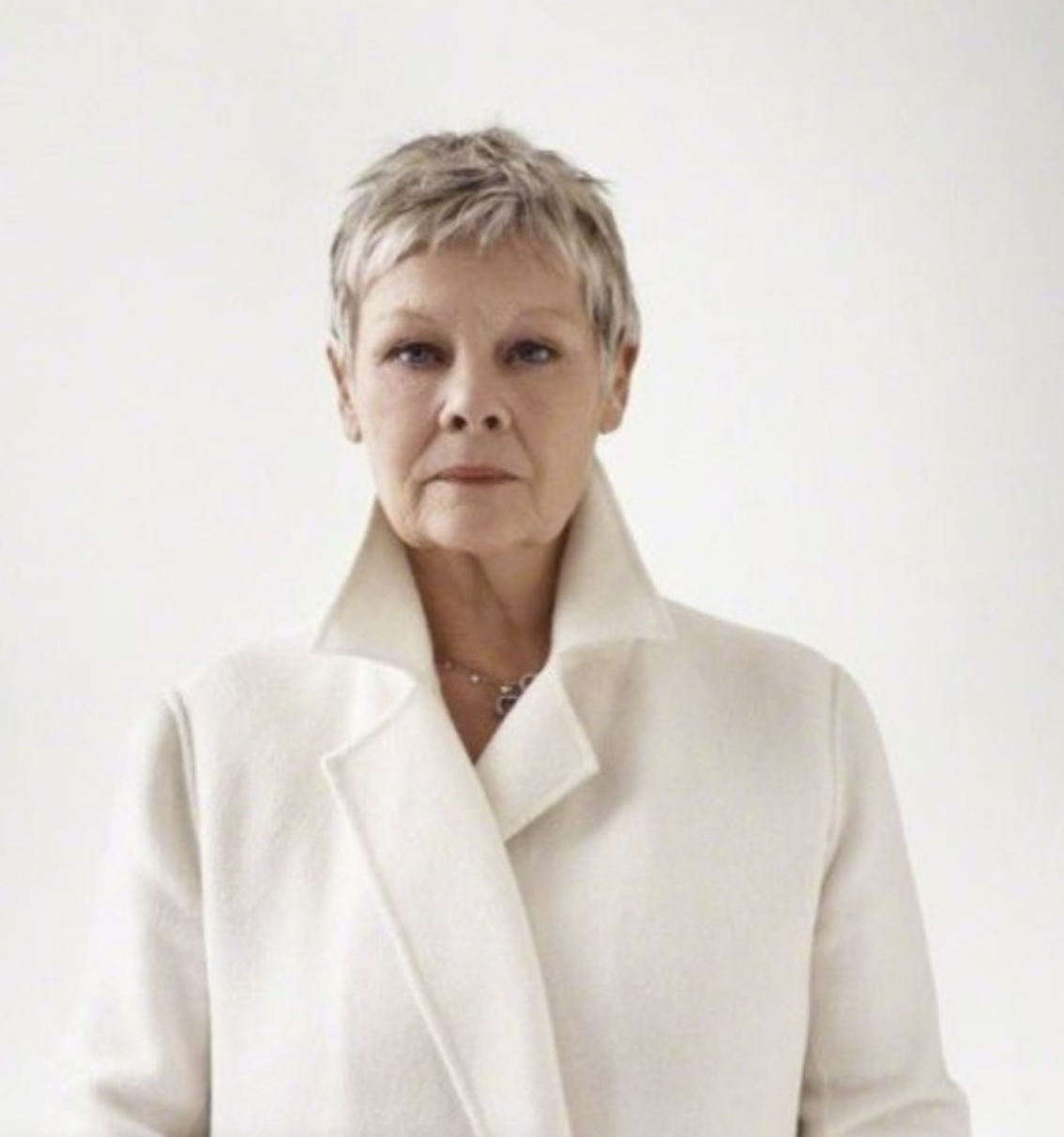 Dame Judi Dench is an Oscar winning actress who is considered by many to be one of the finest actors in history. During the first several decades of her career, Dench performed in the theater. She had small roles on television in England in the 1960s and 1970s. Though she won a BAFTA as a “promising newcomer” in 1966, she didn’t become internationally famous for her film work until she was 51 and appeared in 1985’s "A Room With a View." She went on to be nominated for seven Oscars, winning Best Supporting Actress for 1999’s "Shakespeare in Love" when she was 65. In 2020, at 85 she became the oldest woman to ever grace the cover of British Vogue and brushed off any talk of retirement in the accompanying interview. 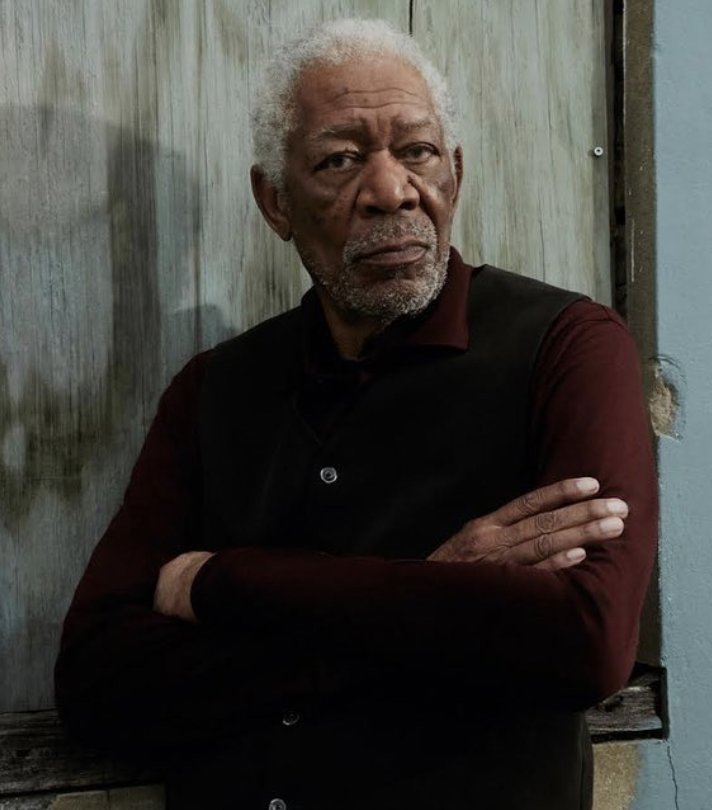 Morgan Freeman moved to Los Angeles to study acting after a stint in the Air Force and ended up working as a dancer at the 1964 World’s Fair. After performing in a number of musicals on stage, in 1971 landed a role on the PBS children’s show "The Electric Company". From 1975 to 1987 Freeman had small parts in a number of films, but it wasn’t until 1987, when he was 50, that he landed his breakout role in "Street Smart," which scored him his first Oscar nomination. Not long after, Freeman cemented his star status with his roles in "Glory" and "Driving Miss Daisy." He won the Academy Award for best supporting actor for 2004’s "Million Dollar Baby." "Success comes when it comes," Morgan told Hello Magazine. "I had a career for 30 years; a 30-year career is not bad. I often think I'm probably lucky that I wasn't a wild success early on, coming up through the 1970s. I could have very easily burned out." 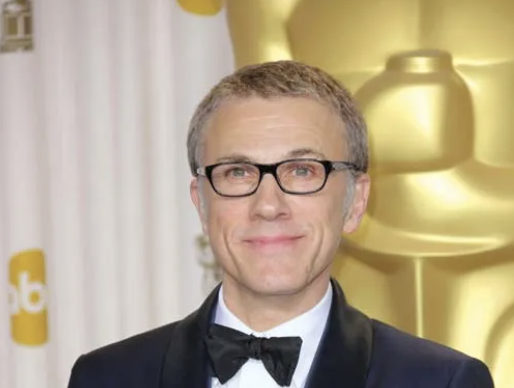 Christoph Waltz comes from a theatrical family and as a young man, wanted to become an opera singer. Waltz acted steadily in his native Austria and Germany, but didn’t achieve international recognition in his career until Quentin Tarantino cast him as SS Officer Hans Landa in "Inglorious Basterds" in 2009. Waltz was 52. He won the Best Supporting Actor Award at the Academy Awards, Screen Actors Guild Awards and at the Cannes Film Festival for that role. In 2012, he again worked with Tarantino in "Django Unchained." He played bounty hunter King Schultz and won the Oscar, BAFTA, and Golden Globe Awards for Best Supporting Actor. 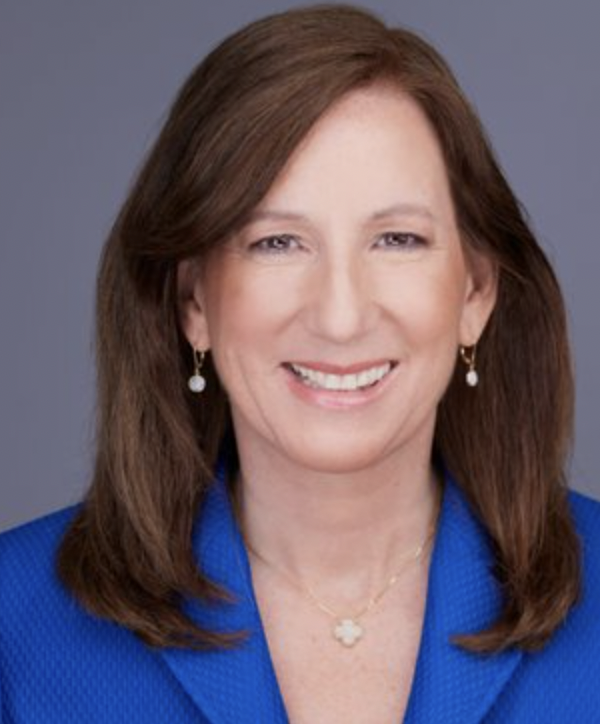 After graduating from Lehigh University in 1986, Cathy Englebert joined Deloitte as a CPA. She worked there for 33 years, eventually becoming the firm’s first female CEO. She held that position from 2015 to 2018. She was very successful in that role, increasing the accounting firm’s revenue nearly 6% to $18.6 billion. Englebert retired from Deloitte in 2019 and returned to her first love: basketball. In college she was a walk on to the women’s basketball team and eventually became team captain. In 2019, Englebert was named the first-ever Commissioner of the WNBA. 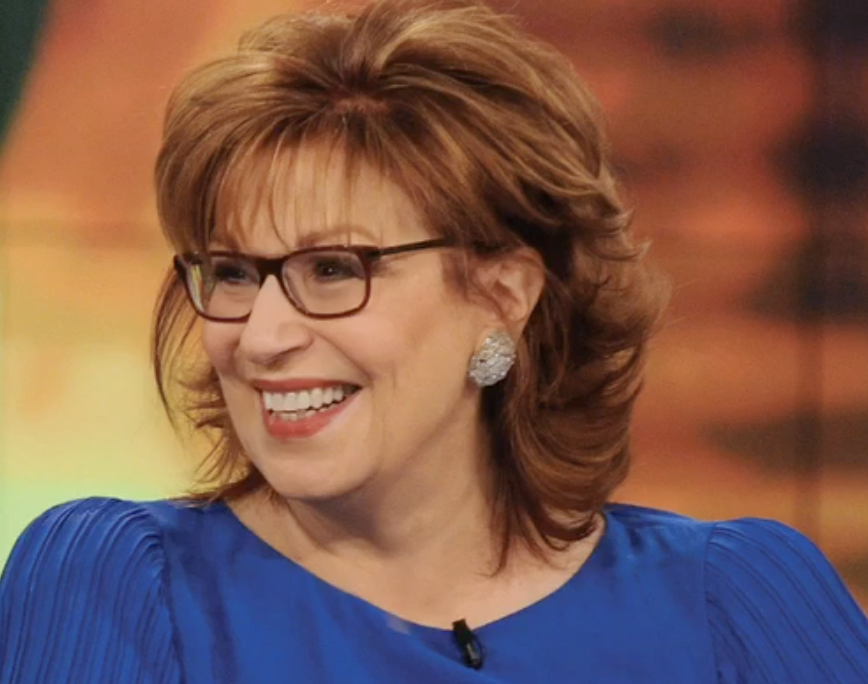 In the early 1980s, Joy Behar started her career in show business as a receptionist at "Good Morning America," while honing her stand up comedy set (she ultimately lost the receptionist gig for being “hostile”). Throughout the late 80s and early 90s, Behar worked on a number of short-lived talk shows and variety shows and had a recurring role on NBC’s "Baby Boom" while also making the rounds as a stand-up comedienne. She also hosted a talk show on WABC radio. In 1997, when Behar was 55, she was cast as one of the hosts of "The View," and she has remained on the show in some capacity ever since. From 2009 to 2011, she was also (while still working on "The View") the host of her own show on the HLN network.

Sylvia Nasar, 74
Journalist and Author of A Beautiful Mind 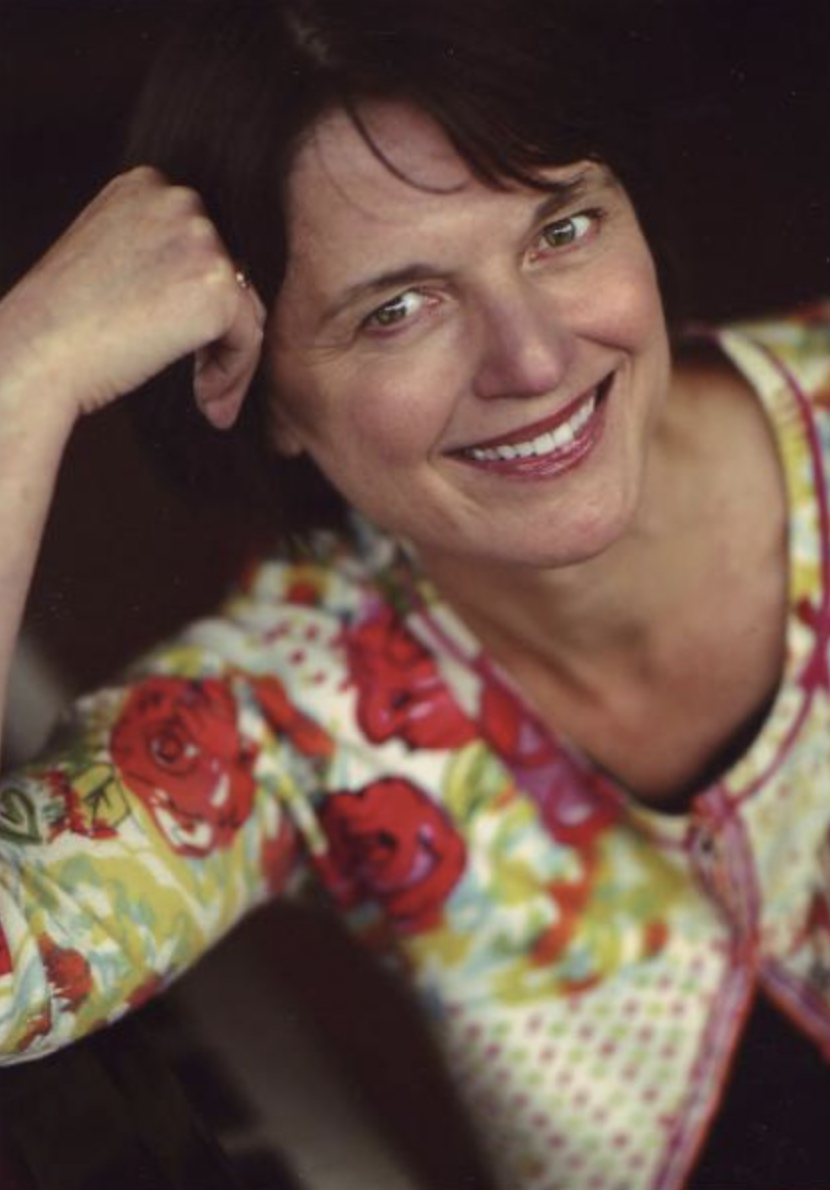 German-born Sylvia Nassar got her BA from Antioch College in Ohio in 1970 and a master’s in economics from NYU in 1976. Now a professor at Columbia Journalism School, she was a research assistant for Nobel Laureate Wassily Leontief and wrote for Fortune, U.S. News & World Report, and The New York Times. She was working as a business reporter at The New York Times when economist and mathematician John Nash Jr. won the Nobel Prize in 1994. She jumped on the story, and ultimately wrote the book A Beautiful Mind about Nash’s life. It was released when she was 51. It was adapted into an Academy Award-winning movie starring Russell Crowe in 2001, and has been published in 30 languages.