The ambitious, bold and hungry start their week with The Business of Business!
Features
2.28.22   7:51 PM Features

The Business of Business 50 over 50: Venture Capital & Investing

Here are the 10 savvy investors that made our list with ample professional and life experience to draw on as they make bold bets.

Experience can be a helpful tool when making investment decisions, but winning big in the markets takes a high tolerance for risk — and that often comes with youth.

Karen Firestone, CEO of Aureus Asset Management, wrote in 2019 that she believed success as an investor was usually a function of “pain and how well we handle it” rather than years on the job. In both stock picking and venture capital, losses are inevitable.

Some investors and venture capitalists can still stomach pain and continue to have an appetite for risk later in life, however.  In the third section of The Business of Business “50 over 50” list, we are focusing on professionals in the investment space. Here are 10 people who made impressive bets on either startups or stocks (that paid off handsomely) when they were over the age of 50. 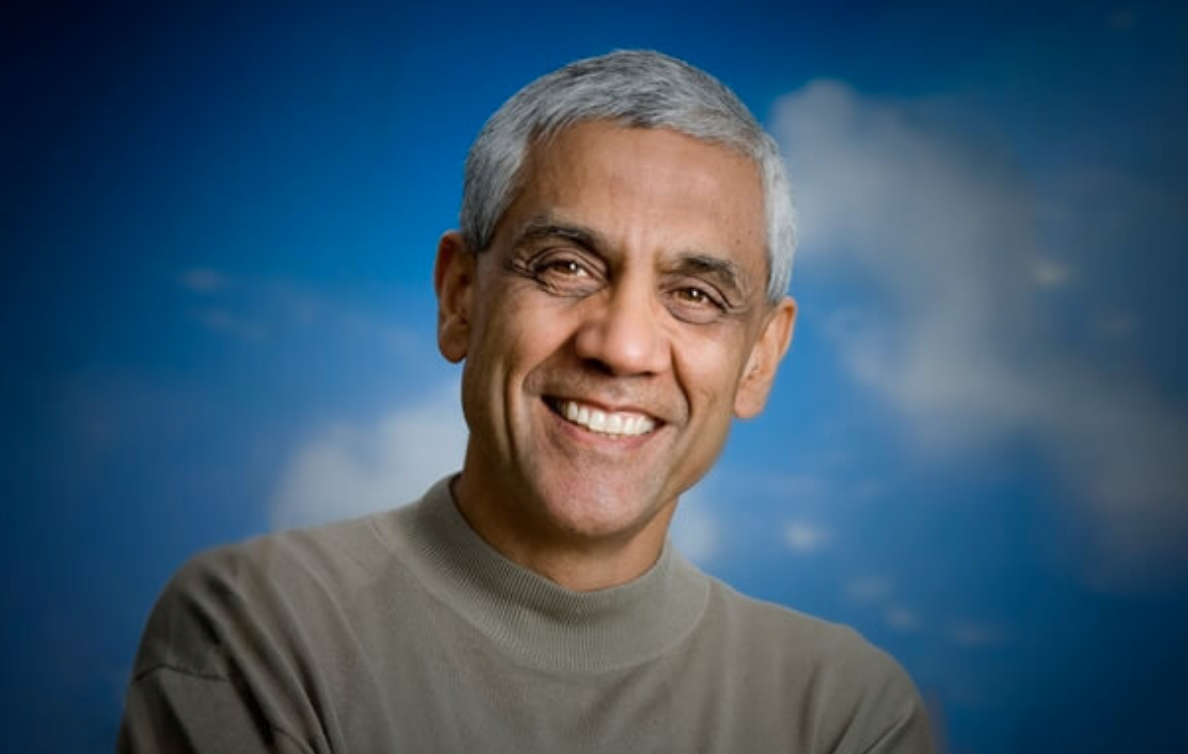 Indian-born Vinod Khosla graduated with his MBA from Stanford in 1980 and went to work for Daisy Systems, a startup in electronic design automation. He co-founded Sun Microsystems in 1982. Khosla was Sun’s first chairman and CEO from 1982 to 1984. He left Sun to join the venture capital firm Kleiner Perkins in 1986 where he became prominent by focusing on early-stage technology investments. In 2004, wanting to spend more time with his four teenaged children and back more experimental technology, he founded his own VC firm, Khosla Ventures. He was 49 going on 50 at the time. The Silicon Valley firm has since scored several big successes, including investments in DoorDash, Instacart, Square and Stripe.

In Hong Kong, Kathy Xu is known as the “Queen of Venture Capital.” She hit it big in 2018, when she was 50, by betting $8.6 million on the Series A round of funding for the food and household goods shopping platform Xingsheng Youxuan (a company valued at $6 billion in 2021). She is known for having the magic touch after investing in a pre-IPO JD.com, when it was still a small business with just 60 employees. Her strategy with Capital today is to help Chinese entrepreneurs build industry leading brands in China. 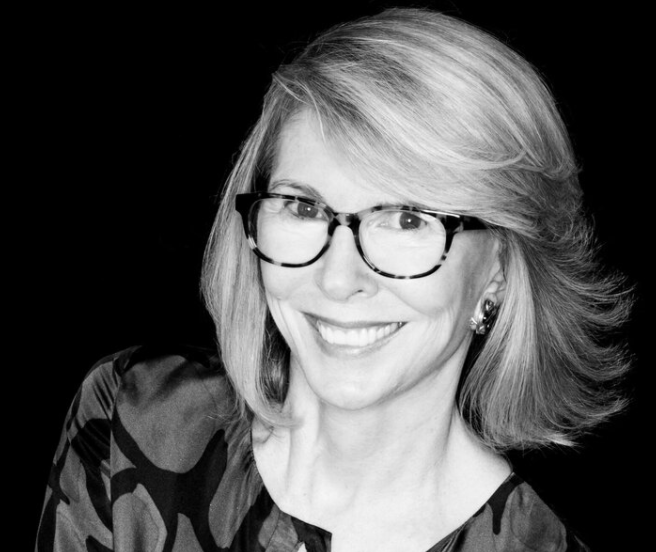 Susan Lyne founded BBG Ventures in 2014 with backing from AOL, where she had previously been an executive. The firm (whose name stands for Built by Girls) focuses exclusively on early-stage mobile and internet startups with at least one female founder. She is an investor in Glamsquad, Lola and Zola, and Full Harvest, to name just a few. Prior to making the jump to venture capital to support women founders, Lyne had a distinguished career in publishing and media as CEO of AOL Brand Group, Gilt Groupe, and Martha Stuart Omnimedia. Going back farther, she spent 30 years working for ABC Entertainment, eventually becoming president. She was also managing editor of The Village Voice and editor-in-chief of Premiere. 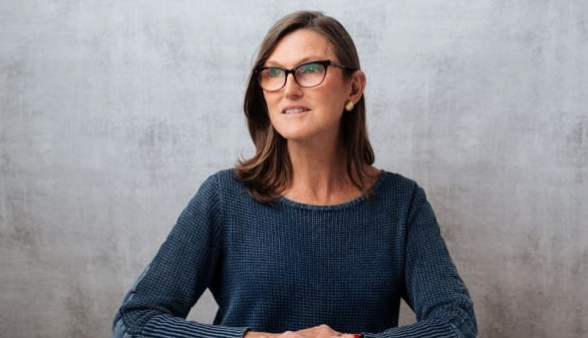 Cathie Wood spent the first few decades of her career working for asset management firms. In 2014, when her idea for actively managed exchange-traded funds based on disruptive innovation was deemed too risky by her then employer, AllianceBernstein, she quit at age 57 and set out on her own. She founded ARK Invest, named after the Ark of the Covenant. In 2020, she was named the best stock picker of the year by a former Bloomberg News editor-in-chief. Though tech stocks have recently taken a beating, Wood remains committed to them. As of January, the firm was managing around $23.9 billion in assets in innovative industries including self-driving cars and genomics (though it reached over $50 billion in 2021 when tech stocks were soaring). 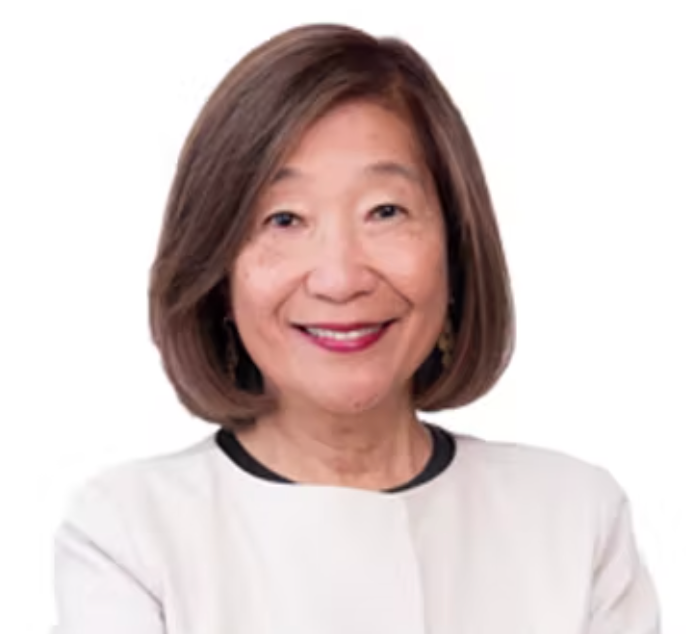 Carmen Chang was born in China, raised in Taiwan and attended Stanford Law School. She spent several decades as an attorney representing the world’s largest tech companies including Google, Lenovo, Tencent, and Huawei. In 2012, when she was 64, she decided to switch careers and became a venture capitalist. The following year, Chang was named NEA’s (New Enterprise Associates) first female general partner. Her instinct for deals with Chinese companies has brought great value to the firm. Chang not only backed ByteDance, TikTok’s parent company, but was also an early backer of Tuya, a Chinese company that raised $915 million in a U.S. IPO in the spring of 2021. 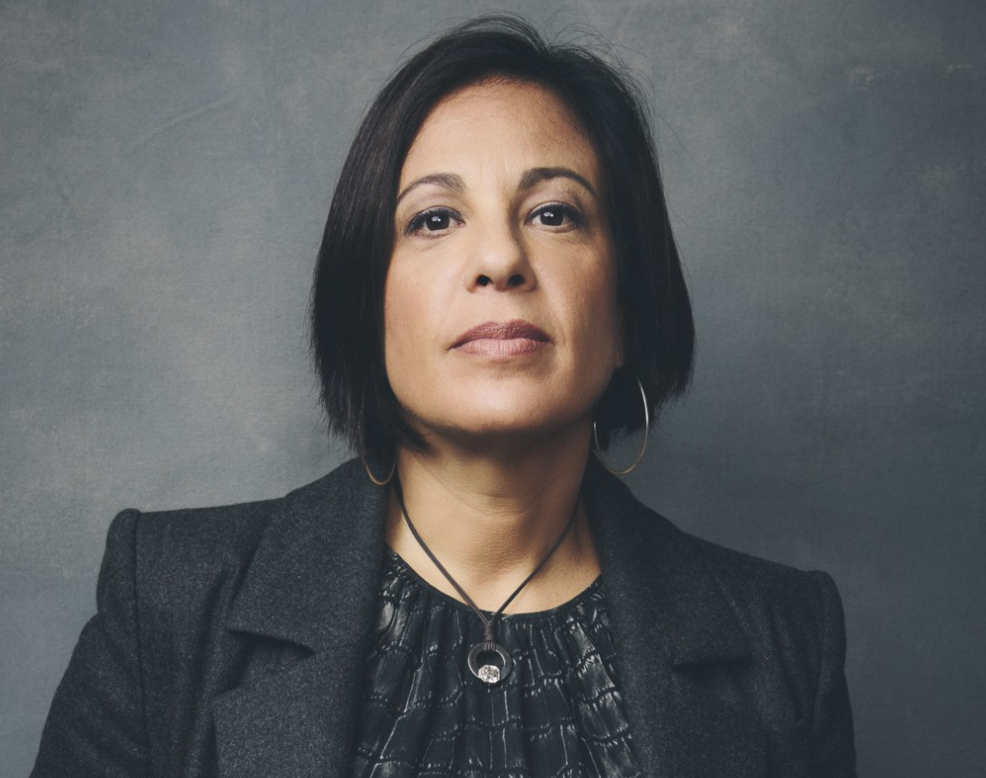 Joanne Wilson graduated from Boston’s Simmons College in 1983 (where she met her husband, the now prominent VC Fred Wilson). She started her career at Macy’s, where she oversaw the cosmetics department. From there she moved over to wholesale clothing and then led sales for Silicon Alley Reporter, a startup magazine and events company. In 2007, at 46, she founded her angel investment firm, which focuses on companies founded by women. An active angel investor, her portfolio includes more than 100 companies, including Food52 and Parachute Home. Wilson had a huge win in 2014 when she was 53, with an investment in Blue Bottle Coffee. She also runs a popular blog on entrepreneurship called Gotham Gal. 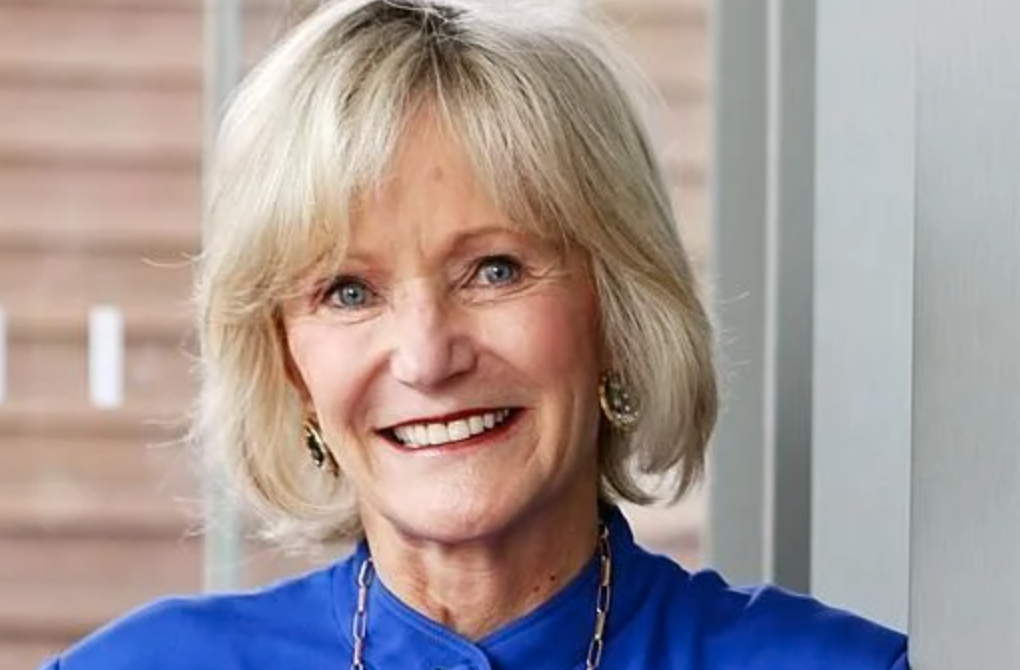 Kay Koplovitz is the founder USA Networks, and she served as its CEO and chair from its founding in 1977 until it was sold for $4.5 billion in 1998. She was the
first woman to found and head up a television network. In 1998, President Bill Clinton appointed Koplovitz to lead the bipartisan National Women’s Business Council. This position laid the groundwork for her to found her accelerator Springboard Enterprises in 2000 when she was 55 to help female founders access VC funds. The firm touts having created $35 billion in value, and in 2016 Koplovitz co-founded Springboard Growth Capital to bring growth stage investments to companies that emerged from Springboard Enterprises. 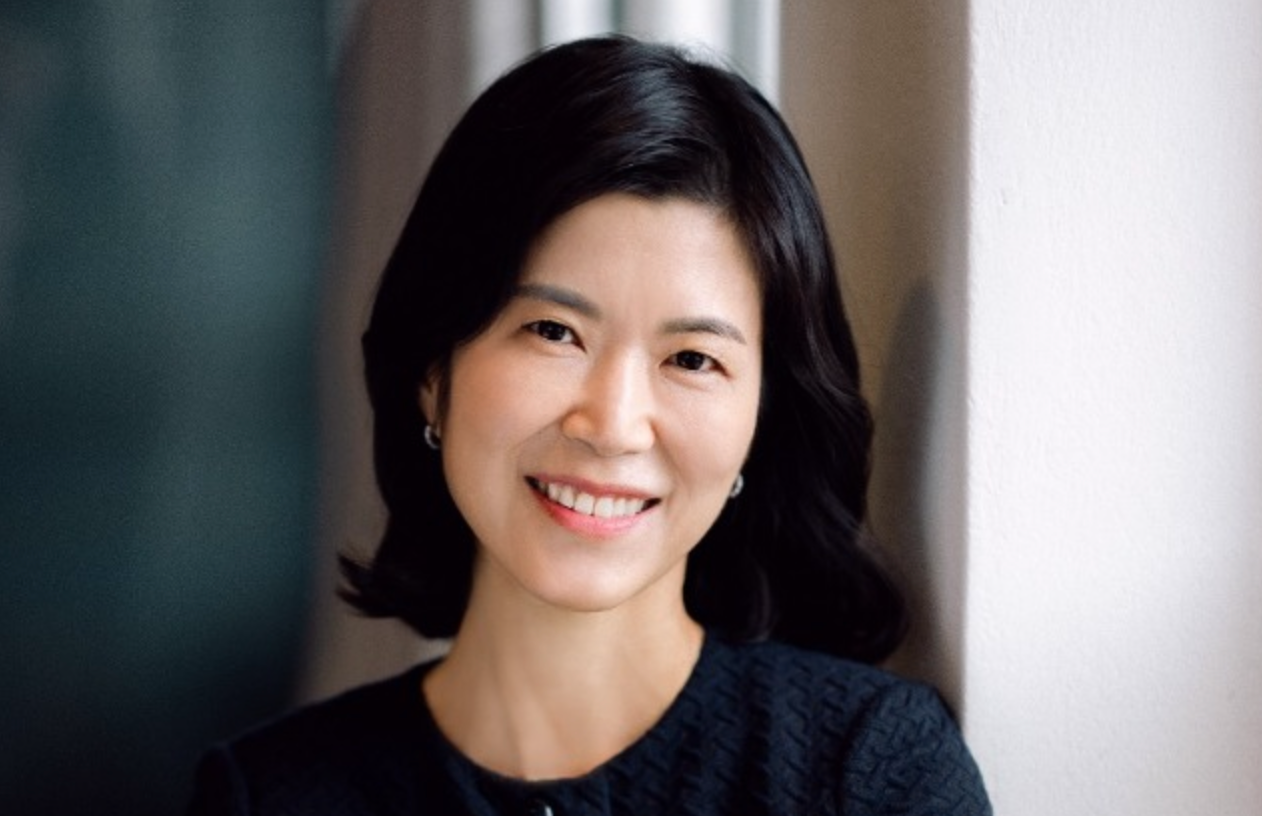 Lee In-kyung is from South Korea, where only 4.6% of senior employees in the private equity world are women. Lee started her career at the Seoul office of Arthur Anderson. From there, she went to work for Morgan Stanley Properties in Seoul. She joined MBK in 2006, not long after it was founded. In January 2020, at age 51, Lee was made partner of MBK and became the first female partner in the history of the firm, which is one of the biggest private equity firms in North Asia. She is also the firm’s CFO and its head of limited partner relations. MBK has $25.6 billion in assets under management. 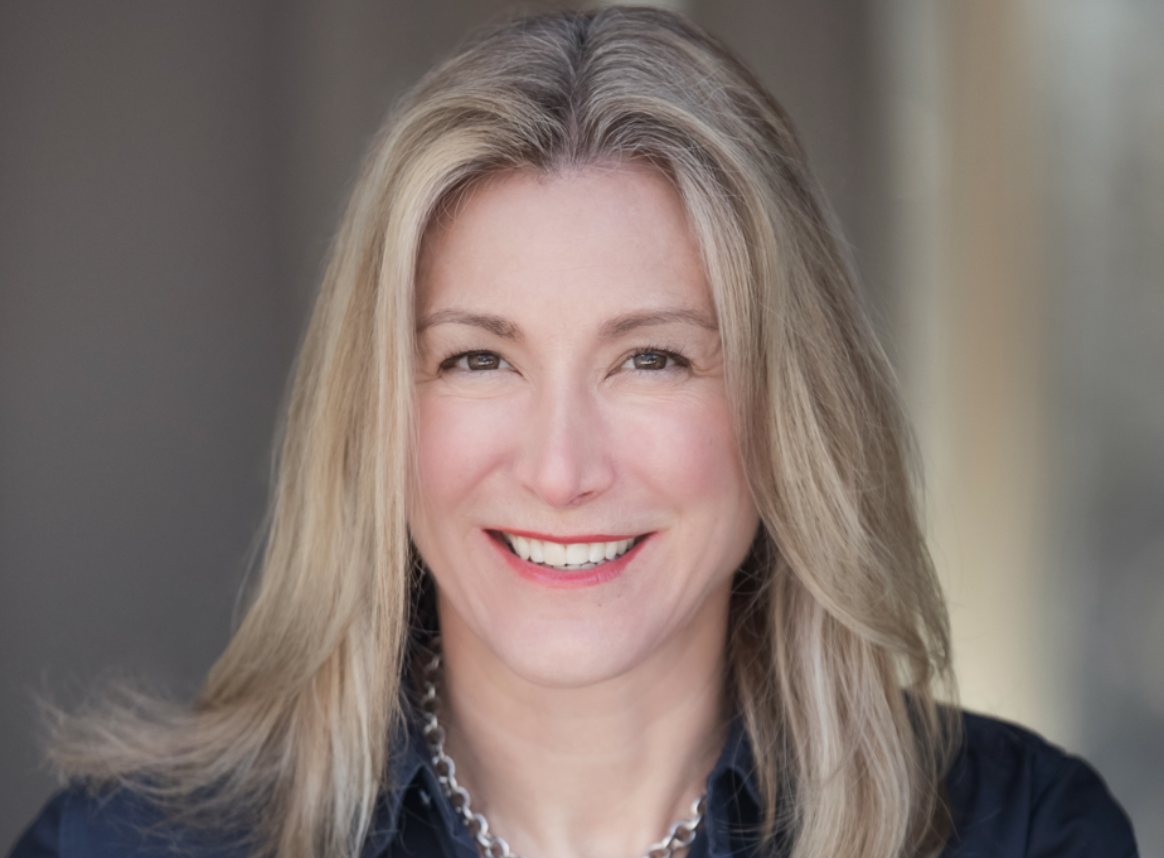 Tracy Chadwell began her career as an attorney before founding 1843 Capital in 2016, when she was 51. She chose the name of her company because that’s the year that Ada Lovelace wrote the first computer program. In the world of venture capital only 2.4% of founders are women, but Chadwell partnered with another woman to launch her fund. In the beginning,1843 also focused exclusively on companies with at least one female founder, with Chadwell often noting at the time that though women were only getting about 2% of venture capital dollars but that they represented around 20% of companies and companies with diverse founders tended to outperform. Since then, she’s expanded her firm’s focus to encompass what she calls Silver Tech—technology that invests in the aging population. 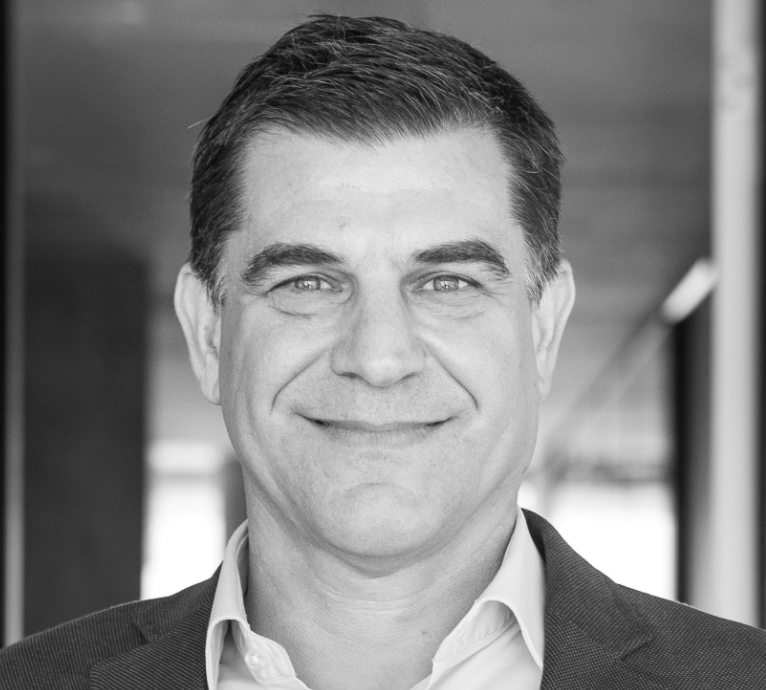 Argentinian Nicolas Szakasy got his BA from the University of Buenos Aires and his MBA from Stanford. Prior to founding his venture capital firm, he spent a decade as the CFO at the largest online payments platform in Latin America, Mercado Libra. He led the firm’s $333 million IPO in 2007. And before that Szekasy was the CFO of PepsiCo. He co-founded Kaszek Ventures in 2011 when he was 45. Kaszek Ventures is now the largest venture capital firm in Latin America. The firm has invested in 9 unicorns, including investing in the seed round for Brazilian digital bank Nubank, which went public in 2021.