The ambitious, bold and hungry start their week with The Business of Business!
Features
2.25.22   5:18 PM Features

The Business of Business 50 over 50: Tech & Software

In this five-part series, we’re spotlighting 50 innovators who achieved major success in their industries after the age of 50. Here is the second group of 10.

Technology advances more rapidly than many of us can keep up with. Whether it’s in computing, the internet, mobile communications, blockchain, or biotechnology, potentially world-changing innovation is always under development.

It makes sense that youth would often be associated with ground-breaking inventions and discoveries. Often it takes fresh eyes and a new perspective to envision what the future might look like.

But the leading edge of technological innovation isn’t always pushed forward by the young. The first installment of The Business of Business “50 over 50” list highlighted trailblazers in the e-commerce field. Now, in our second installment, we are featuring 10 professionals who achieved great things or broke boundaries in technology and software fields after they reached age 50.

Here is who they are and how they impacted our lives. 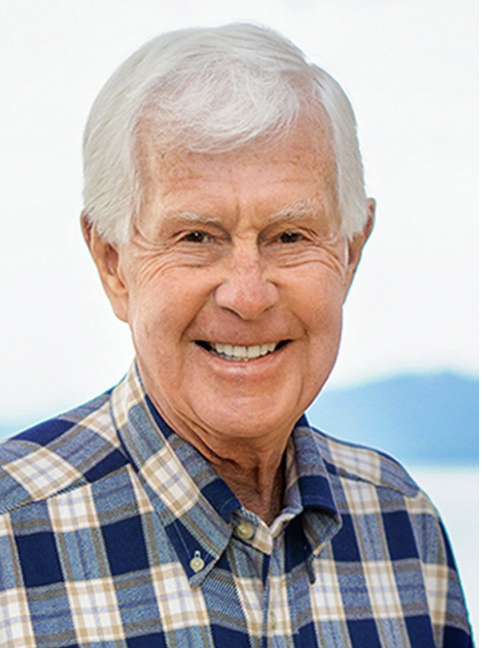 After getting his BS and MBA from Cornell University, David Duffield began his career at IBM as a systems engineer. He also worked as chief product architect at Integral Systems, the first relational database-based HR and accounting system. He co-founded Information Associates, which made apps for higher education. In 1987, at 47, he founded PeopleSoft, which sold to Oracle in 2005 for more than $10 billion. He was 65. That same year, he founded Workday, a company that provides financial management and human capital management software. 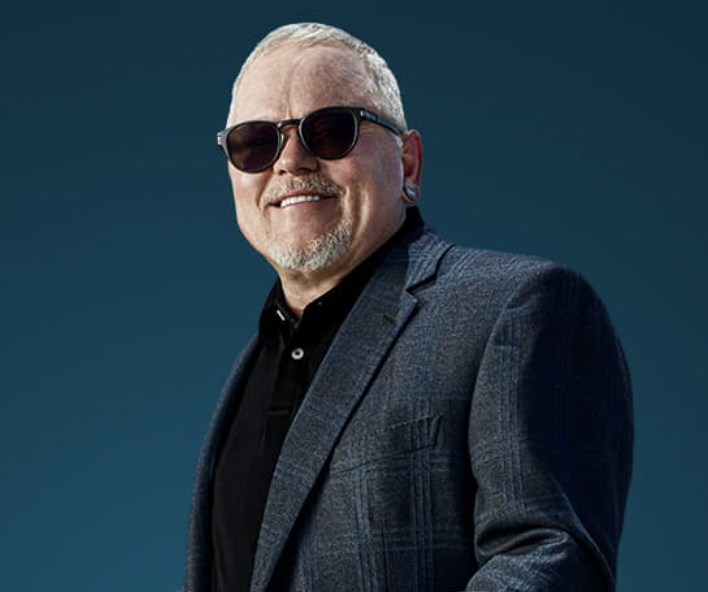 Bob Parsons started his career in IT and software sales. He founded Parsons Technology in 1984, selling the home accounting program MoneyCounts. In 1994, he sold Parsons Technology to Intuit for $64 million. In 1997, at 47, he founded the web hosting company GoDaddy. In 2005, when he was 55, GoDaddy officially became the world's largest ICANN-accredited registrar on the internet. On April 1, 2015, GoDaddy had a successful IPO, with the stock soaring 30% on the first day of trading. Parsons was 65 at the time. He fully retired from GoDaddy’s board and sold off his remaining stake in the company in October 2018. 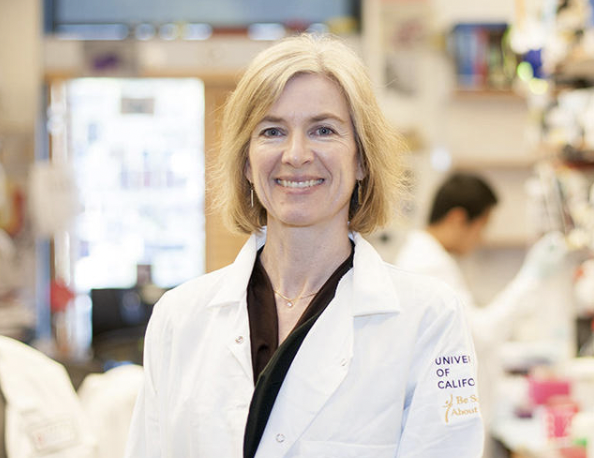 In addition to her role as a professor of molecular and cell biology and chemistry at UC Berkeley, Jennifer Doudna co-founded Mammoth Biosciences, a bioengineering tech startup developing diagnostic tests, in 2017. She is the co-discoverer of the CRISPR/Cas9, which enables genome editing and has opened a world of potential applications in medicine and other fields. In 2016, the biochemist, along with other researchers, was a runner-up for Time Person of the Year for her work in CRISPR research. Doudna won the Nobel Prize for Chemistry at age 56 in October 2020, alongside her gene editing method co-inventor Emmanuelle Charpentier. 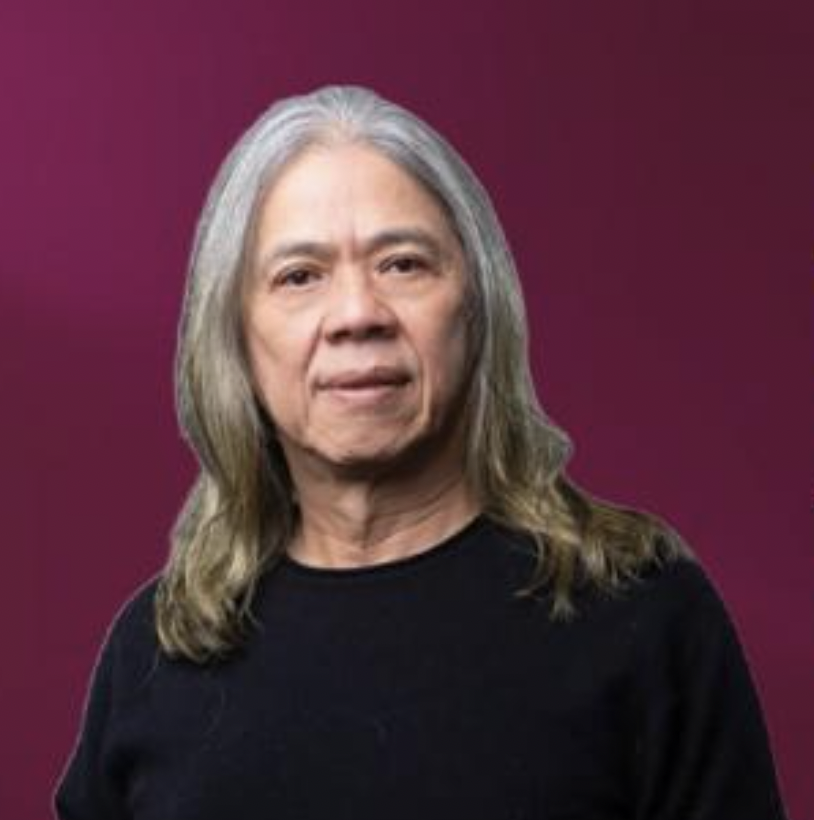 Otto Toto Sugiri is the co-founder and president director of DCI Indonesia, which provides data center infrastructure for businesses in Indonesia and is valued at $7 billion. At the age of 55, Sugiri founded the company and proceeded to grow it into Indonesia’s largest data center operator. DCI underpins Indonesia’s digital economy, providing over half of the country’s local capacity. DCI counts Southeast Asia’s largest e-commerce companies and cloud vendors the size of Amazon Web Services as clients. Sugiri is something of a serial entrepreneur. In 1994, he co-founded Indonet, the first internet service provider in Indonesia, which went public in February 2021. Sugiri’s net worth stands at $2.5 billion. 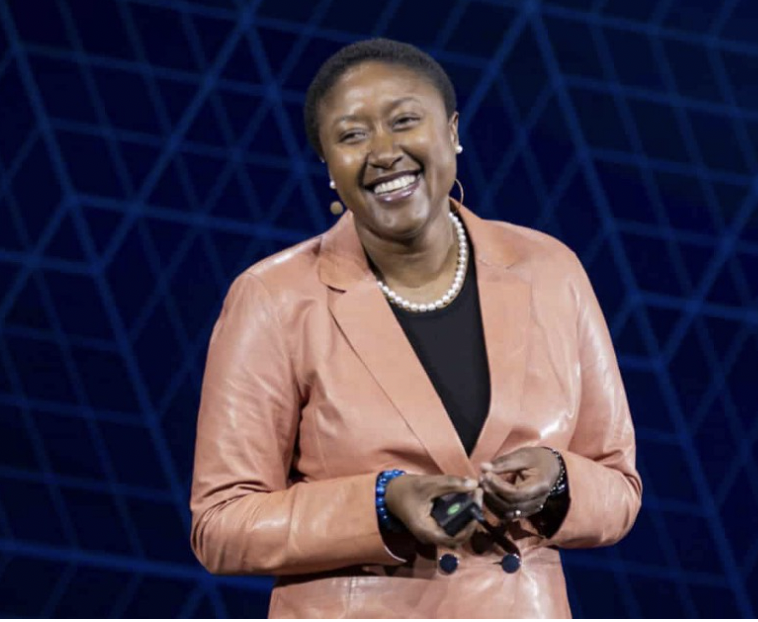 Aicha Evans was born in Senegal and spent her childhood in Paris, where she idolized Marie Curie. She moved to the U.S. to study at George Washington University. She spent her early career working in engineering management jobs. Evans joined Intel in 2006 and spent 12 years at the company working on projects involving Bluetooth, Wireless LAN, and 5G. In February 2019, at 50, she was named the CEO of autonomous car company Zoox. She was integral in selling Zoox to Amazon in 2020 for $1.3 billion. She continues to run Zoox as a stand alone business. 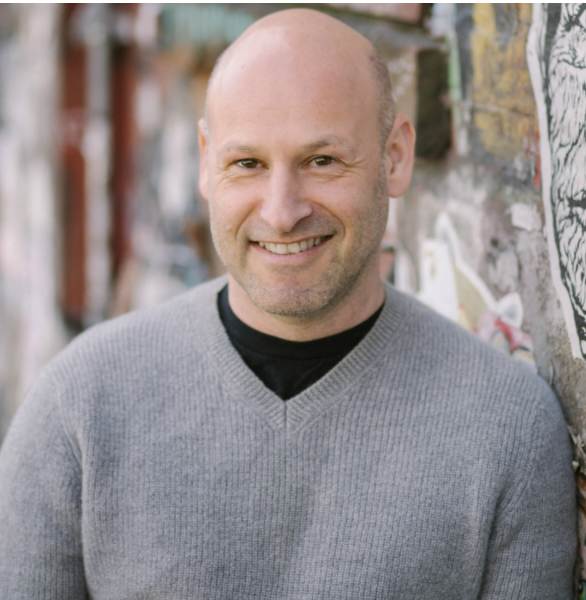 Joseph Lubin, a Toronto, Ontario native, was educated at Princeton University, where he studied electrical engineering and computer science. He is a serial entrepreneur who co-founded the cryptocurrency platform Ethereum in 2014 and ConsenSys, a Brooklyn-based decentralized blockchain studio in 2015. Ethereum is the second most popular and successful cryptocurrency behind only Bitcoin. With Ethereum, Lubin expanded the capability of the blockchain to allow users to store programs as well as data. ConsenSys develops decentralized software for companies. Lubin has been a proactive advocate for finding answers to the issues of governance in the crypto industry. 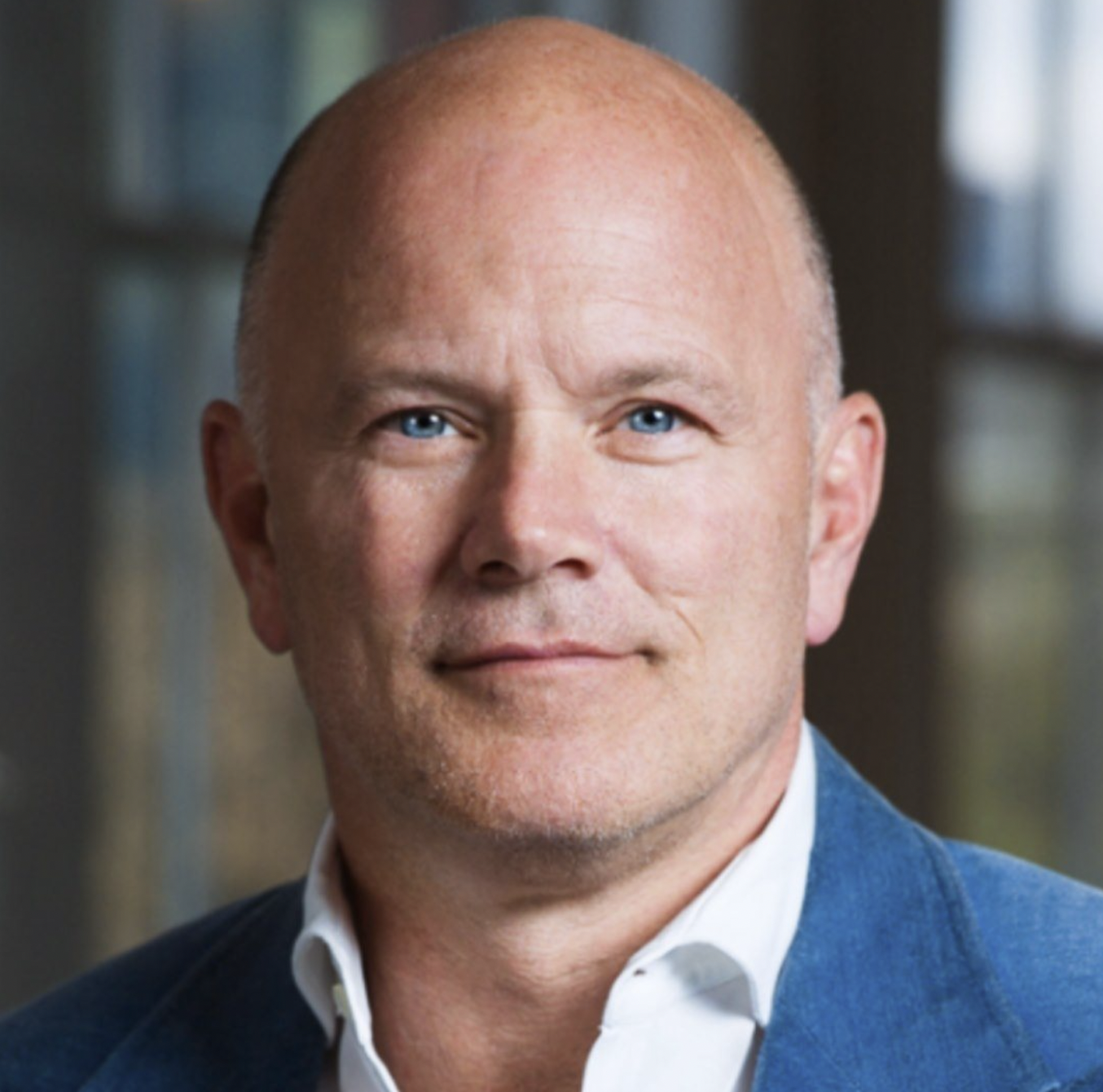 Michael Novogratz attended Princeton University, where he got his degree in economics and was a member of the university’s championship wrestling team. Early in his career, he was a helicopter pilot in the New Jersey National Guard and held a number of positions at the Tokyo, Hong Kong, and Latin American offices of Goldman Sachs. He spent time at the hedge fund Fortress Investments before becoming the CEO of the cryptocurrency investment firm Galaxy Digital, which he founded at age 54. Before he founded the firm, in 2017, he said 20% of his net worth was in Bitcoin and Ethereum, and he claimed to have made $250 million in crypto from 2016 to 2017. 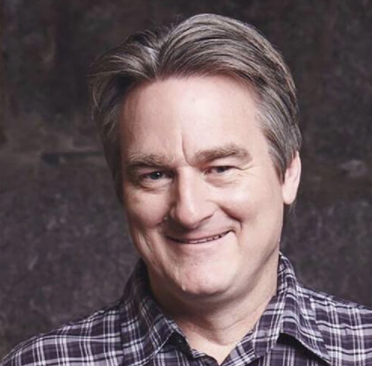 Tech entrepreneur Paul English is a giant of the travel industry. English co-founded Kayak and served as its CTO until selling it to Priceline for $1.8 billion in 2012. Rather than simply resting on his Laurels, he founded the Boston-based startup incubator Blade in 2014 at age 51. In 2016, English co-founded the travel software startup Lola.com and acted as its first CEO. In 2018, he became CTO of Lola. The company earned an industry reputation for developing corporate travel management and expense software for web browsers, the App Store and Google Play. Lola ceased operations in September 2021 when the Covid-19 pandemic abruptly halted business travel, but English isn’t done yet. In January, he launched his sixth startup Boston Venture Studios, a company aimed at launching even more consumer tech startups. 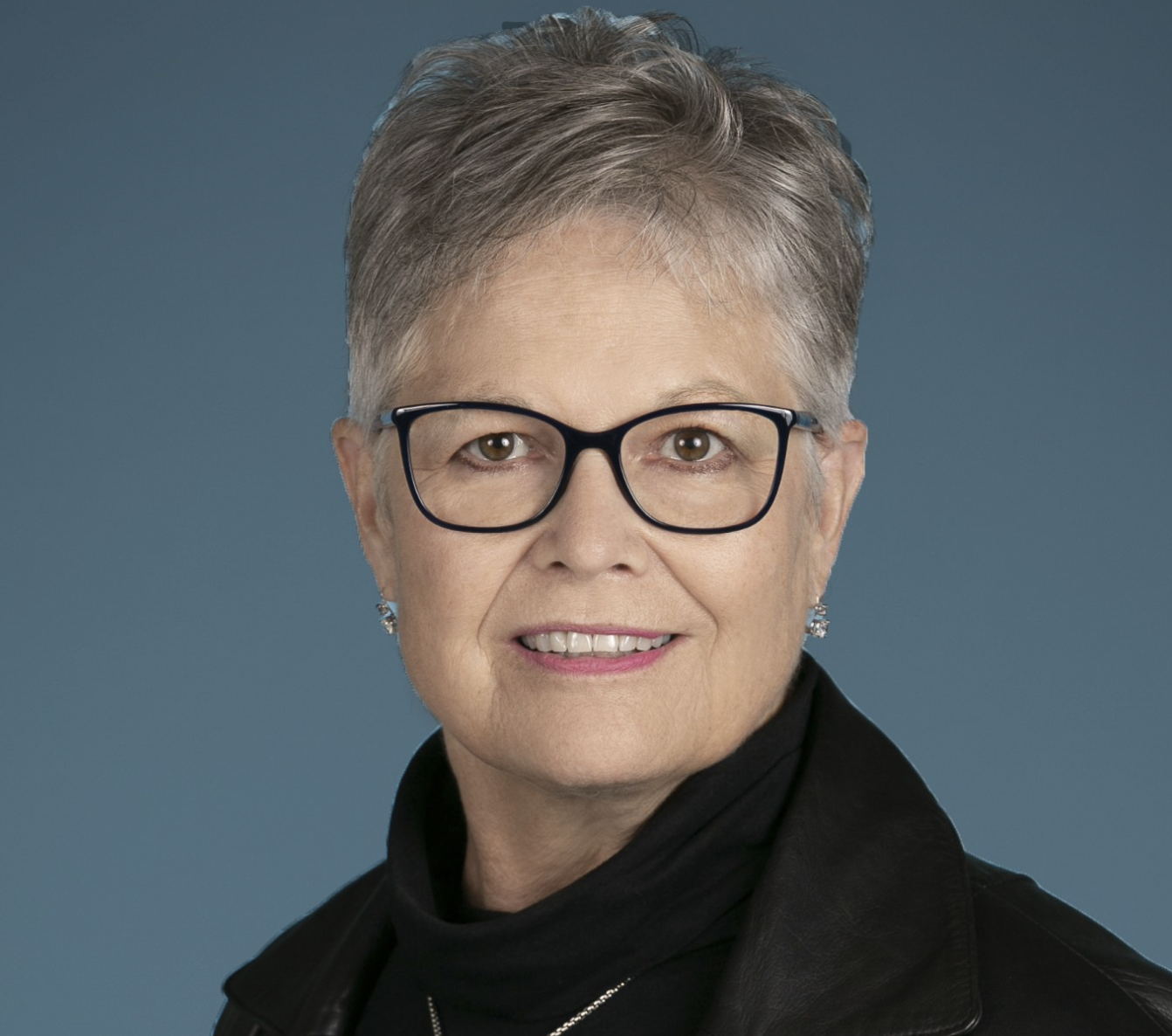 In 2016, Olson founded Savitude, which provides a SaaS platform for designing creative fashion. She was the CEO until 2021, when she was diagnosed with an auditory processing disorder. She remains on the company’s Board of Directors and now serves as its treasurer. Under her leadership, Savitude was named one of four finalists in WWD and Unilever Prestige’s Council Members of Project Connect: Bridging the Digital Divide in 2021. Savitude was recognized for its efforts in addressing the inclusivity gap in fashion by helping designers and merchandisers at apparel brands cater to a greater range of shapes and sizes. Olson has a history of starting companies. She previously founded two data predictive modeling companies. Not only is Olson an entrepreneur, she is an inventor who holds two U.S. patents and is seeking three more. 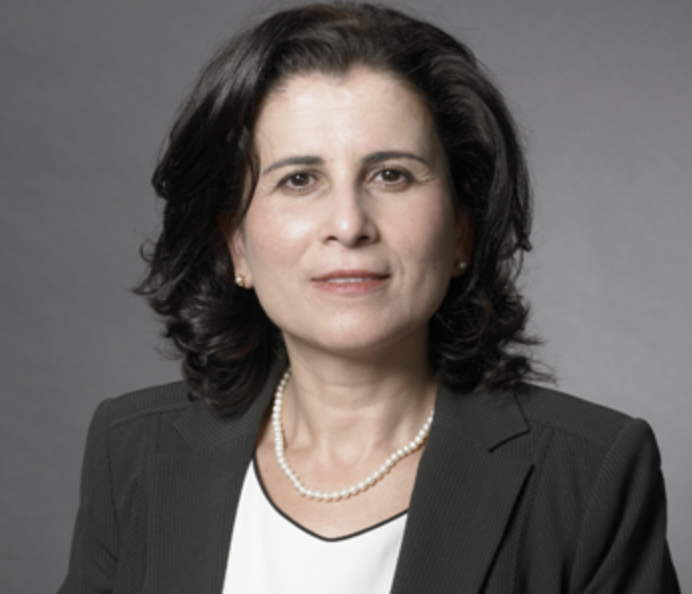 Maha Achour earned her master’s degree in electrical engineering from the University of California, San Diego and her Ph.D. in physics from the Massachusetts Institute of Technology. She has more than 75 granted patents and is seeking more than 150 more. She began her career as a systems engineer and worked her way up the corporate ladder for a number of wireless technology companies including Tiernan Corporation, MRV Communications, Ulmtech, and the San Diego Research Center. She founded Rayspan Corporation, which developed antenna systems, in 2006. She founded Metawave in 2017, when she was 52. She is its CEO and CTO. Metawave develops radar technology for cars to distinguish objects regardless of weather conditions, and is also exploring 5G communications applications of its technologies.