The ambitious, bold and hungry start their week with The Business of Business!
Crypto
7.22.22   6:41 PM Crypto

Here’s what quirks in LinkedIn headcount can tell us about crypto’s impact on the job market.

In April, we published a story about OpenSea’s headcount being one of the fastest-growing in the crypto space. We were right about the trajectory, but very wrong about the number of employees working for the leading NFT marketplace.

Once we learned about the mistake, we corrected it; but the reason why we were wrong is interesting and may explain some quirks we’re seeing in the job market, as the economy tips toward a recession.

The original story we posted about OpenSea was based on information gathered by our parent company, Thinknum Alternative Data, from LinkedIn. On LinkedIn, people list their employers, and Thinknum scrapes and aggregates that data.

But there’s a catch which can throw off the accuracy of the numbers: LinkedIn users are on the honor system when it comes to saying who they work for. While we don’t think it’s that common, normally, it is entirely possible for users to misidentify those companies or be misleading about relationships with them.

Here’s what happened with OpenSea: The data gathered by Thinknum from LinkedIn showed that there were more than 600 people working for the company in April. Yet a spokesman for the company later told us the actual number was only 230. Usually you can expect to see a little variation between the actual headcount number and number gathered from LinkedIn, but that’s a pretty wide gap.

So what was the deal? It turns out a lot of people list OpenSea in the field for “employer” who don’t really work for OpenSea. What they are, at least according to how they describe themselves, are NFT creators, collectors or investors.

Here is a profile matching that description. 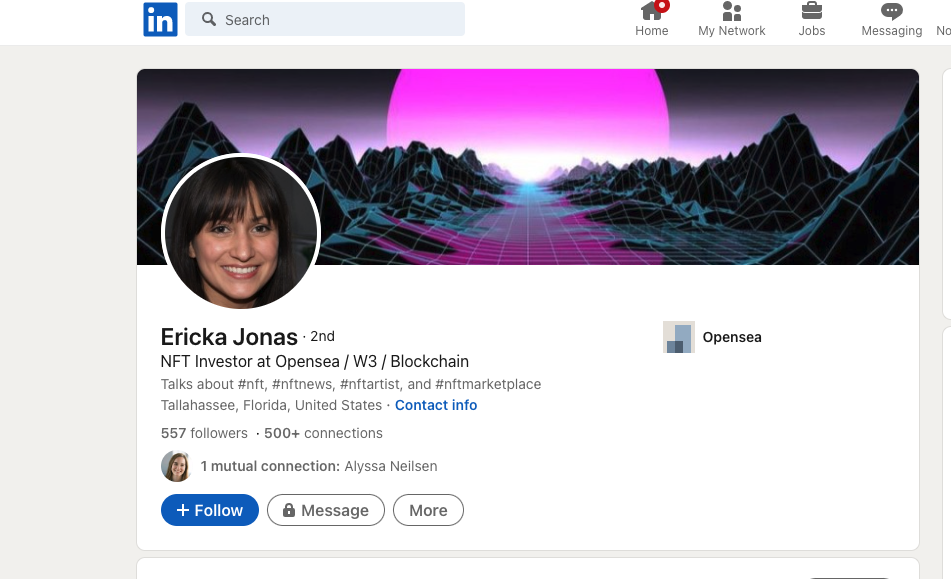 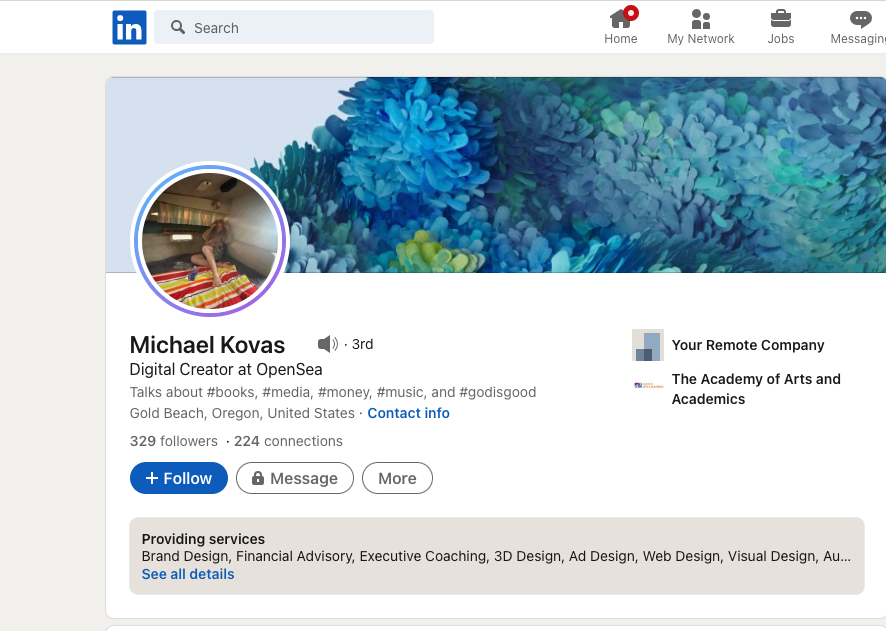 It probably seems strange for someone outside of the crypto space to imagine selling or collecting non-fungible tokens, or digitized collectors’ works on the blockchain, could be a full-time job. Nonetheless, that seems to be what at least hundreds of people have been doing since the surge of interest in NFTs started a couple of years ago.

The extent to which crypto’s rise contributed to weirdness in the U.S. job market isn’t completely understood. Obviously, companies in the crypto space like OpenSea and Coinbase grew and added jobs — and that is data government agencies have access to and can monitor. But how many people just abandoned the traditional job market entirely to trade crypto and NFTs, back when prices were at all-time highs? It’s a little harder to tell.

We do know there was a so-called “great resignation” going on up until a few months ago, when employees were quitting at unprecedented rates, burnout was a growing concern, and applicants were demanding greater flexibility and remote work options. And we know that situation rapidly shifted starting this spring, as inflation continued to plague the economy, interest rates jumped, the stock market stagnated — and crypto prices tumbled (along with NFT prices).

Now that crypto prices have dropped, are all the full-time crypto day-traders and NFT creators, sellers and collectors going back to the “regular” job market? It’s hard to say. Recent job cuts at OpenSea, Coinbase and a number of tech firms (as well as a pause in Google’s hiring) suggest that if they try to go back, the competition will be fierce.

Perhaps that’s part of the reason why, after a year or so of workers having all the leverage, the job market snapped back in employers’ favor like a rubberband. That might explain why even though OpenSea is cutting jobs, its LinkedIn headcount still continues to rise. (More out of work people looking to make or trade NFTs).

Note that as headcount has supposedly “risen,” OpenSea’s job listings have fallen significantly over the past few months as the economy slowed. Obviously, there is a disconnect here.