The ambitious, bold and hungry start their week with The Business of Business!
Features
3.1.22   5:26 PM Features

The Business of Business 50 over 50: Finance & Fintech

We’re shining a spotlight on professionals who made major strides after age 50 in this five part series. Here are 10 from the financial world.

Banking might not be an industry that instantly conjures up images of youth for most people, but that doesn’t mean it’s actually dominated by the dark-suited, bearded men of popular imagination. And in the case of fintech, the same bias toward youth that grips the tech world can come into play even as older workers often have a better sense of what disruptions are really worth pursuing.

In this, the fourth installment of The Business of Business “50 over 50” list, we’re taking a look at seasoned individuals who managed to bring something new and innovative to the world of finance later in their careers. They have broken barriers, spearheaded new technologies, and weathered the industry's ups and downs. (You can check out our previous installments on e-commerce, tech and software, and venture capital and investing for more proof that success can come at any age.)

Here are 10 finance and fintech professionals who continued blazing new trails and championing fresh perspectives after 50. 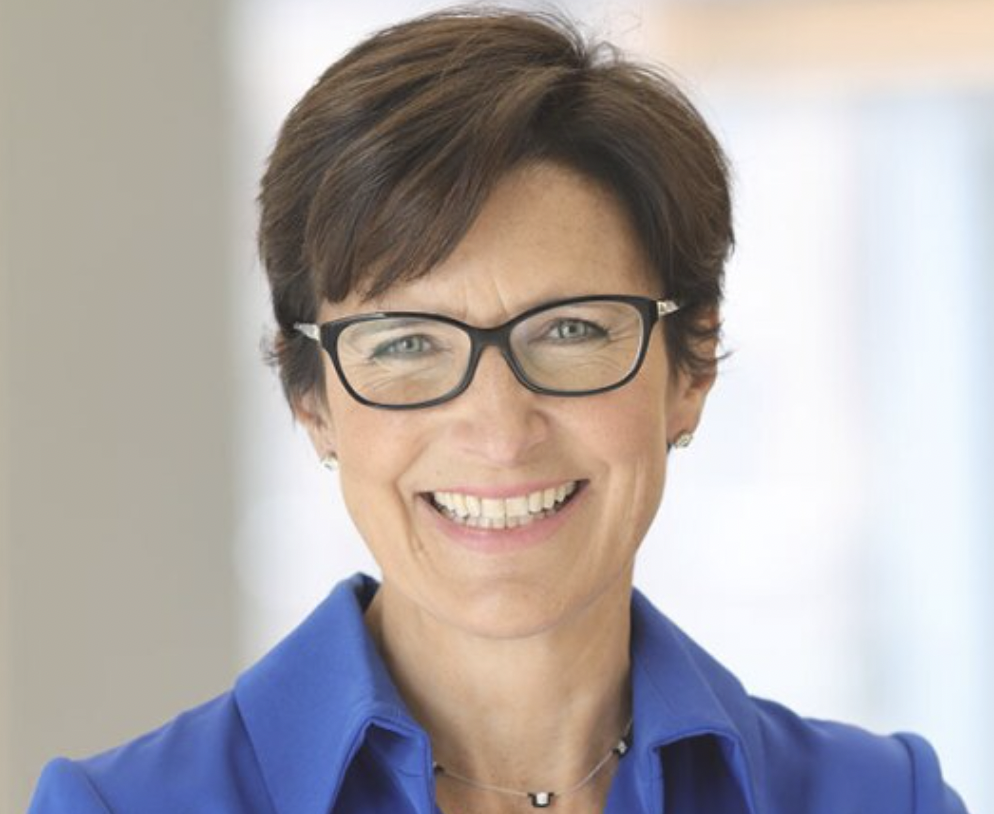 Jane Fraser is the first female CEO in the history of Citigroup – and the first female CEO of a major Wall Street bank, period. Before joining Citigroup in 2004 in the Corporate and Investment Banking Division she was in the London office of Goldman Sachs in the mergers and acquisition department. She also worked for a bank in Madrid, and as a partner at McKinsey & Company. She was CEO of Citigroup Latin America from 2015 to 2019. She was named the successor to Citigroup’s then CEO Michael Corbat in 2020, when she was working as the head of its consumer banking division, and officially became CEO in February 2021 at 53. 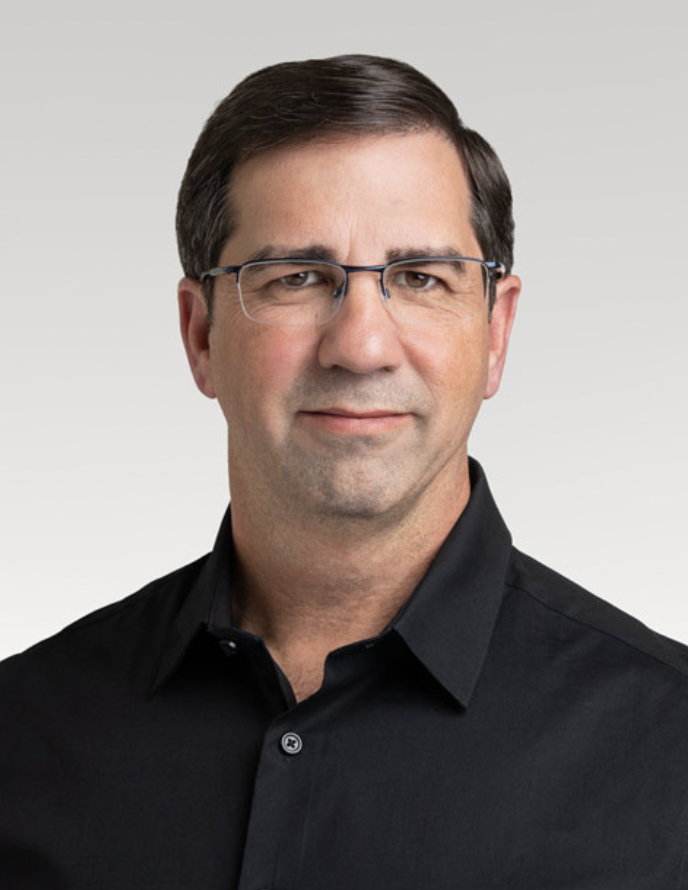 Brian Brinkley spent eight years in the United States Air Force before launching his technology career. From there, he worked in research and development and project management before moving on to Lucent Technologies where he was an executive. He later became the CTO of Sprint and also a professor in the school of business at the University of Texas, San Antonio. In 2006 he co-founded a software company, Zavers, that Google bought and turned into the basics for Google Wallet. He spent 2 and a half years as the CTO of Google Wallet. He joined QRails as its CTO when he was 53 and became the company’s CEO in January 2021 when he was 58. 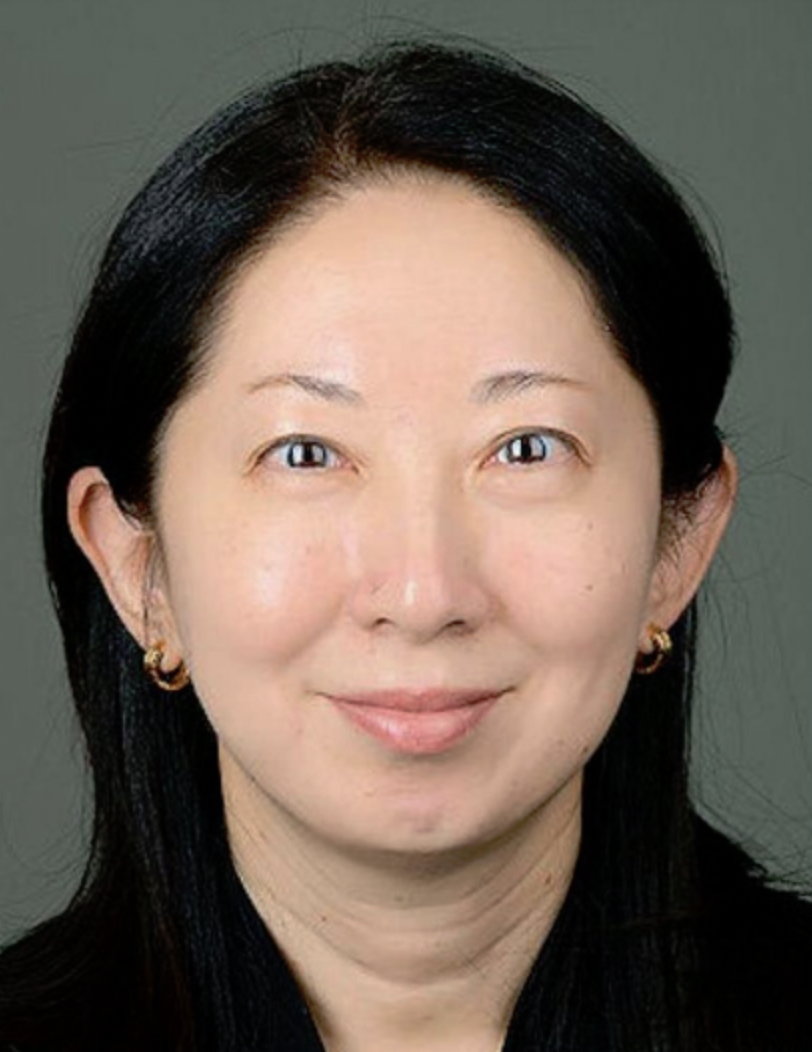 In 2020, at age 55, Tokiko Shimizu became the first female executive director of the Bank of Japan since its 1882 founding, making her part of a team of six executives that runs the central bank’s operations. She has worked for the Bank of Japan since 1987, working her way up from the financial markets department to foreign exchange operations. In 2010, she became the first female branch manager for the bank when she was made branch manager of the Takamatsu location. She was the general manager for the bank’s European branch in London from 2016 to 2018. Shimizu is serving a four year term as executive director of the Bank of Japan while also continuing to run the Nagoya branch. 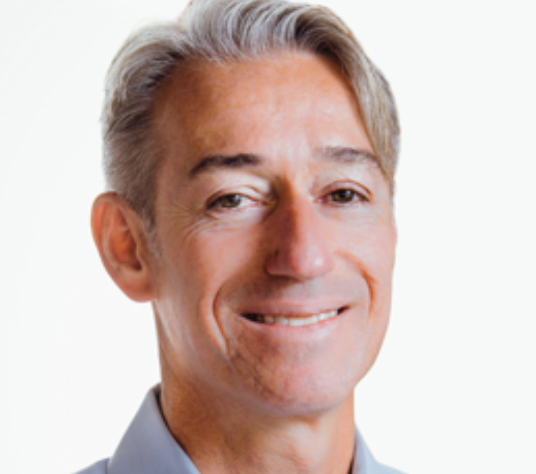 Gary Beasley started his career as a financial analyst at LaSalle Partners. A serial entrepreneur, before starting his current company, Beasley successfully led two other companies through IPO, as CFO of ZipRealty and co-CEO of a REIT called Starwood Waypoint Residential Trust. In 2016, when he was 50, Beasley started Roofstock, a company that uses technology to help investors access the $2 trillion single-family rental industry. The company’s online marketplace allows investors to find leased investment homes that are generating cash flow, have professional management companies in place, and can be purchased online. 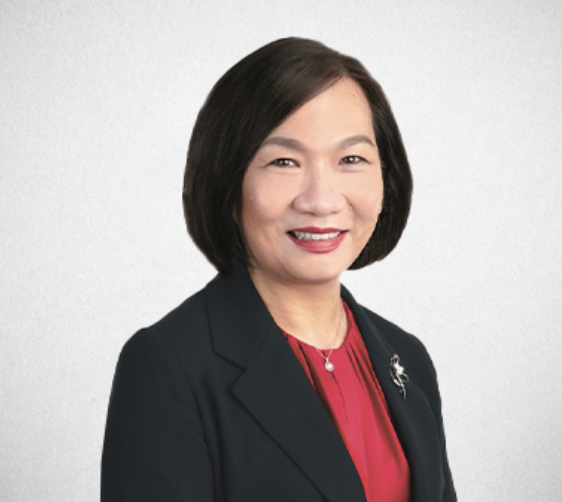 In April 2021, at age 59, Helen Wong became the CEO of Singapore-based OCBC Bank. At the time, Wong had been with OCBC for a bit over a year. She joined OCBC in February 2020 as the head of Global Wholesale Banking and Deputy President. Among her current initiatives is building a cryptocurrency exchange for the bank. Wong actually started her career as a management trainee at OCBC in Hong Kong before moving to HSBC. She spent 27 years as HSBC, in roles dealing with capital markets, corporate banking, and syndicated finance. She was promoted to HSBC’s chief executive for Greater China in 2015 when she was 54. 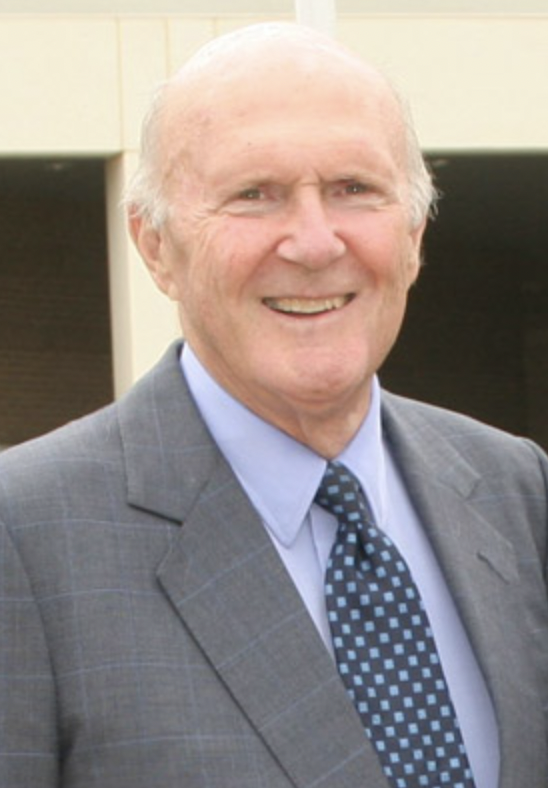 Julian Robertson founded hedge fund Tiger Asset Management in 1980 when he was 48. Prior to founding Tiger, Robertson was a stockbroker who headed up the asset management division at Kidder, Peabody, & Co. He left that job to move to New Zealand for a year to write a novel (and he must have liked it there – he now owns resorts and golf courses in the island nation). When he returned to the U.S. a year later, Robertson founded Tiger, and became known as the “wizard of Wall Street.” In 1996, his fund was struggling, but by 1998 he was managing $22 billion partly as a result of correctly predicting the tech bubble and staying away from overvalued internet stocks. He shuttered Tiger in 2000 after its performance slumped, and now focuses on philanthropy. 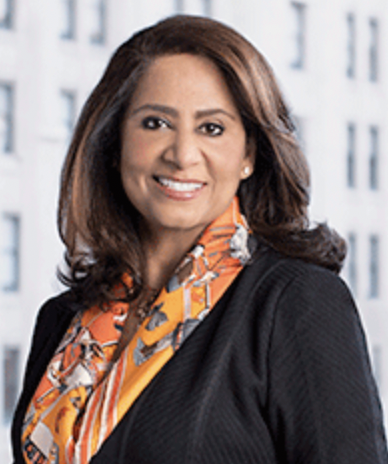 Nandita Bakhshi has spent her career in banking and finance. She was an executive vice president at Washington Mutual from 2006 to 2008, but when the financial crisis hit,  WaMu became the largest bank in American history to fail. After that experience, she returned to Calcutta, India, where she grew up to regroup and spend time with family. During that period, she worked at a microfinance organization that lent money to women in rural areas. In 2015, she was tapped to work for TD in an executive vice president position that brought her back to North America. In 2016, Bakhshi was named the CEO of Bank of the West. She was 57 years old. She is also co-CEO of BNP Paribas USA. 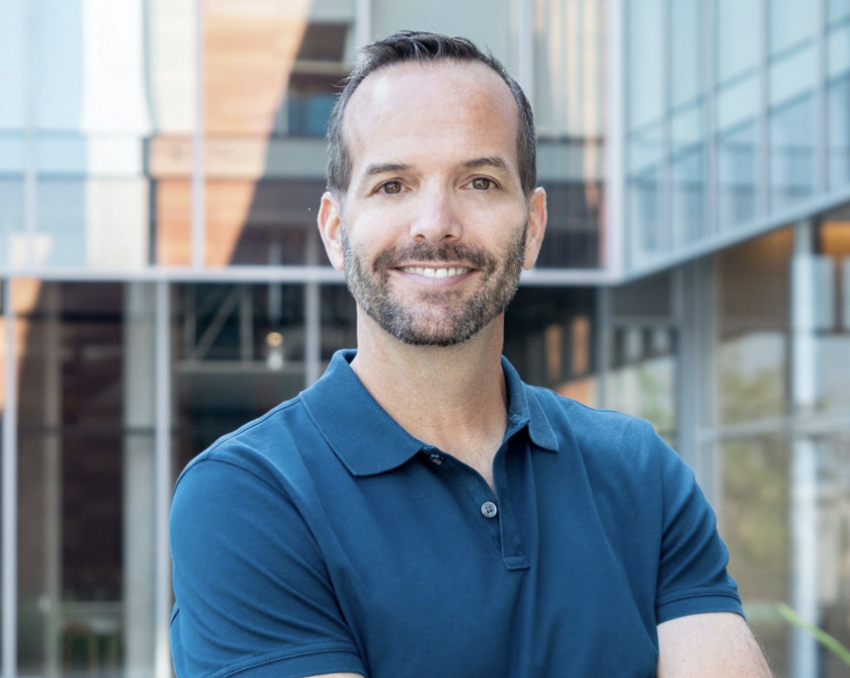 Dave Girouard started his career as a consultant at Accenture and a senior associate at Booz Allen and Hamilton. He spent time at Virage and as a product manager at Apple. Girouard also spent eight years at Google as the president of Google Cloud. At Google, Girouard and his team built the company’s more than $1 billion cloud apps business. In 2012, he co-founded AI lending platform Upstart, which partners with banks to improve access to affordable financing. In 2020, when he was 53, he took the company public and expanded into auto loans. The company made him a billionaire in 2021 when the stock price rose. 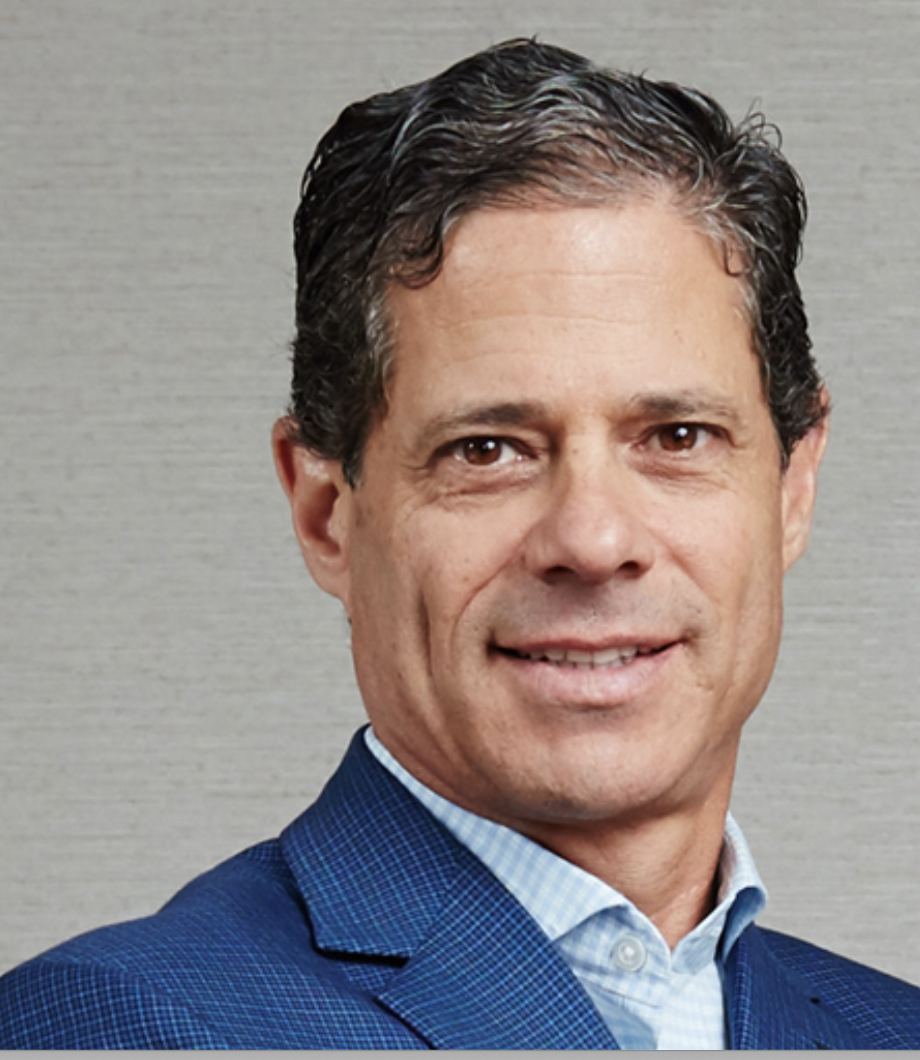 Lawrence Calcano began his career as a financial analyst at Morgan Stanley. From there he moved over to Goldman Sachs where he spent 17 years, eventually becoming a partner and co-head of the Global Technology Banking Group in the firm’s Investment Banking division. Later, spent 18 years as a director at 1-800-flowers. Calcano joined iCapital in 2014, when he was 51, to lead strategic and business development projects. iCapital has more than $65 billion in private fund subscriptions. Calcano also serves on the Boards of the Mental Health Association of New York City and a SPAC known as Capitol Acquisition V. 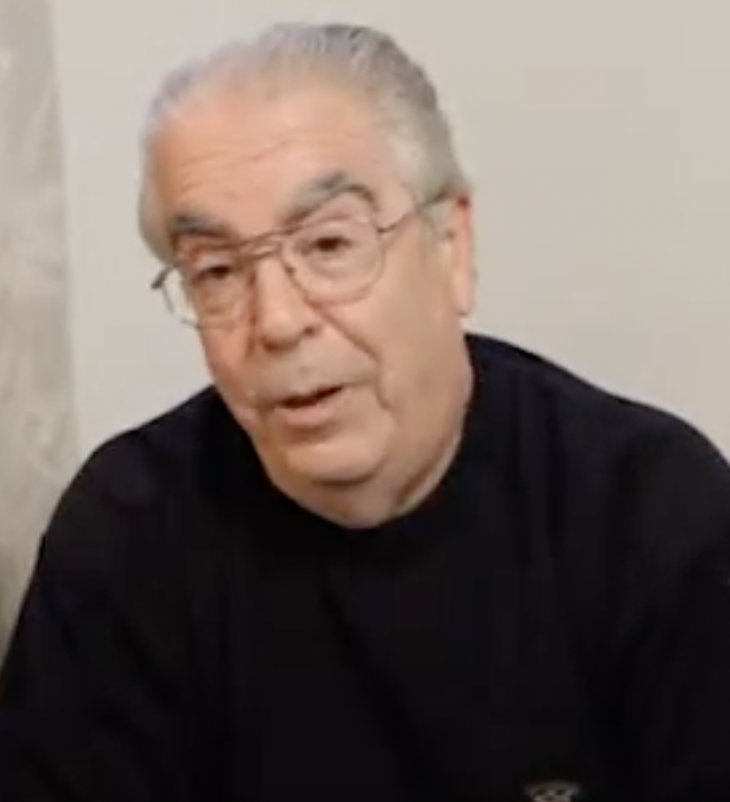 In 2009, Michael Grottola was laid off from his job as executive director of technology solutions and applications at KPMG after more than 12 years. He was 65 and he plunged into a state of depression. Two years later, in 2011, when he was 67, he started a new business helping startups and established businesses find access to capital to grow their company.  In the decade since he started his consulting business, Grottola has helped more than 370 businesses in 20 different sectors achieve their growth goals.