The ambitious, bold and hungry start their week with The Business of Business!
Features
12.21.20   3:07 PM Features

From bread baking to stock trading, this year's top consumer trends reveal how people kept busy during the pandemic.

Time felt like it was at a standstill in 2020. Stuck at home without social gatherings and recreational activities to help pass the time, each day blurred into the next. But while the day-to-day mundanities may have made time feel slow, the year was one of radical change across the business landscape. Long-established industries like movie theaters are teetering perilously on the brink of either renewal or collapse. E-commerce and FinTech companies grew at rates which previous projections predicted would take up to a decade to reach. Industries that were otherwise on the right course before COVID, like travel and restaurants, were utterly rocked by shutdowns, thinning out competition and giving way to disruptors who could adapt their businesses to the demands of the pandemic.

The actor behind all that change is us, the consumer. Unable to go to the movies, we streamed entertainment from our couch. Concerned about money during a year of record layoffs, we turned to personal finance apps. Scared to dine out but wanting to eat at our favorite dives, we ordered food delivery. On an individual level, the broad strokes make the year look like a mundane blur. But put under a microscope, our collective behavior has sent industry barreling down a new course that it may stay on even after the pandemic is gone. We looked back at 2020's most significant consumer trends, how they came to be, and how they've changed the course of business.

As the pandemic put an end to the office as we know it (for now), video calls replaced in-person meetings. While some of us used Slack, Google Meet, or even Cisco Webex, most of us used Zoom ($ZM) to communicate with coworkers, friends, and loved ones. Zoom was such a winner that it became the catch-all term for video calls, a sign that the platform is here to stay.

In April, app store ratings for Zoom increased by 630% month-over-month, while ratings currently sit at 1.46 million, up from 57,000 pre-pandemic.

Your living room is a lot of things now. It’s an office, it’s a TV room, it’s a mess. And for a lot of people, it’s also a gym. Gyms were among the first businesses to shut their doors at the onset of the pandemic, leaving a void for companies like Peloton and Mirror to swoop in and become permanent fixtures of apartments everywhere. Hand weights shot up to the top of Amazon’s best-seller lists, and just as quickly became expensive and hard to find.

Though Peloton emerged as one of the top brands of the year, some doubt has been cast over its long-term success. But the high install cost of products like Peloton’s bikes and The Mirror may be enough to scare any adopters away from renewing a gym membership, even once things “return to normal.” Even without a bike, Peloton’s App still offers a suite of fitness tools and classes that have helped the app increase its ratings by 200% since March.

When the first wave of COVID-19 rolled in, consumers flocked to the cleaning aisle. Toilet paper, hand sanitizer, disinfecting wipes, and paper towels flew off the shelves as we prepared for the unknown. The prevailing theory was that the virus could linger on any surface, so you’d better wipe everything down and wash your hands.

As the second wave crashed in, retailers and consumers stocked up on essentials, now with a better understanding of the pandemic and how the virus spreads. Meanwhile, Amazon sellers saw the heightened demand as an opportunity for price gouging. In March, as the pandemic took hold, Clorox's Facebook 'Talking About' count peaked at 14,900 mentions, the highest it's ever been.

This year, dining out became much harder as restaurants across the country were forced to eliminate indoor seating. A lack of eating out, coupled with dwindling food deliveries, means that Americans are cooking more than ever. Yeast shortages in supermarkets this year indicate that we’re also trying to bake bread at home. In fact, yeast suppliers took months to resupply the country as the pandemic baking fad surpassed the usual holiday rush for baking ingredients.

Among the brands talked about most on Facebook, KitchenAid ($WHR) surged. The brand’s Facebook “Talking About” count hit a peak in May 66,000 mentions, a 905% increase month-over-month. Mentions for cookware chain Williams-Sonoma saw similar spikes early on in the pandemic.

On March 15, Puerto Rico became the first U.S. territory or state to issue a stay-at-home order, setting off an avalanche of the 50 states declaring their own. Just five days later, another major world event happened: Animal Crossing: New Horizons released on the Nintendo Switch. This game about cultivating and decorating an island full of colorful inhabitants became the first pandemic media hit, replacing human interaction and giving us a way to spend all of our newly found time. The Nintendo Switch fell into such high demand that Nintendo couldn’t keep up, and scalpers took to Amazon and Ebay to gouge would-be gamers.

In retrospect, the Animal Crossing and Switch fever was the first sign that games were on course to have a blockbuster year. Games like Among Us became a staple of virtual hangouts. Major releases throughout the year kept players occupied until the release of the new Playstation 5 and Xbox Series X, both of which ran into supply issues that echoed Nintendo’s troubles earlier this year. Major studios like Activision Blizzard, Riot Games and Epic Games reaped the benefit, increasing their head counts as much as 44% despite working remotely.

With many people quarantined and working from home, 2020's dress code was extremely casual. The average sales rank for sweatpants on Amazon peaked at number 2 in October, meaning sweatpants were among Amazon's second best-selling products. Meanwhile, jeans hovered around rankings in the 40s and 50s. 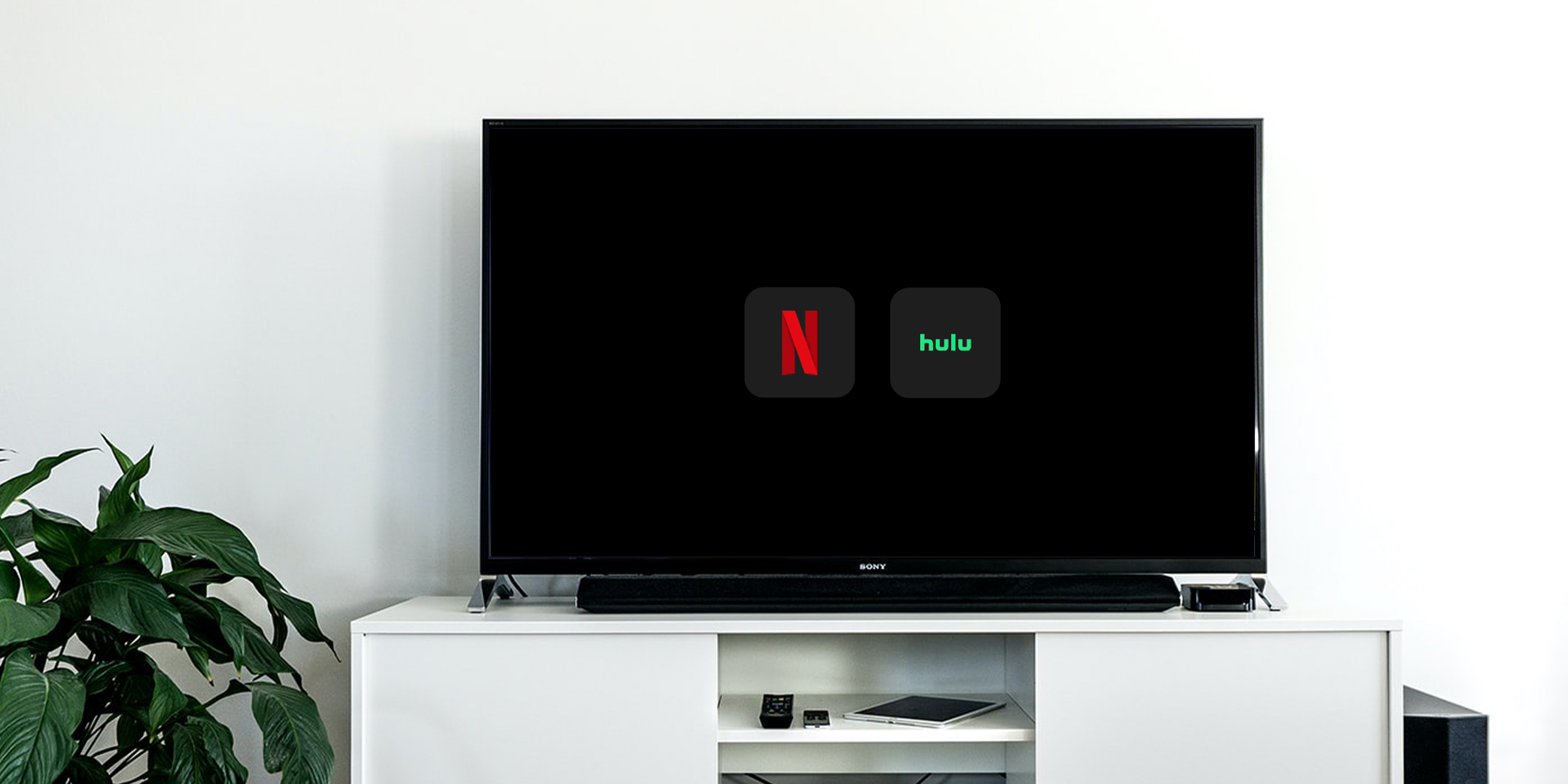 Odds are, if a company was involved in "streaming" in 2020, it's doing pretty well. Netflix, Hulu, Disney+ and HBO Max all became the de-facto quarantine entertainment vehicles, growing to record subscriptions numbers. Live streaming on Twitch rose to mainstream cultural prominence, whether it was to watch people play one of 2020's hits or to follow the election. Streaming turned out to be a saving grace for Disney in particular, which faced losses so severe on so many fronts that it is now pivoting to make Disney+ a flagship part of its business.

Now more than ever, streaming is the future. Movie theaters may have been dealt a killing blow this year with state-wide shutdowns, decreased interest and a series of announcements from Warner Bros. and Disney which cemented their long-term investment in the format. Influencers and streamers have created million-dollar brands on Twitch, cementing a new class of celebrity. As streaming grows and theaters shrink, the only path to survival for the moviegoing experience as we know it may be to pivot to a luxury or novelty experience.

Stock trading and investment apps like Acorns, Public, and Robinhood ($PRIVATE:ROBINHOOD) have more users than ever as consumers have gotten into amateur trading. Robinhood, by far the most popular platform, has gotten tons of attention, both good and bad. While many users have made money trading, constant outages occurring at critical times, coupled with some traders taking on massive losses (resulting in one taking his own life) have made the app rather risky to use.

Despite the drawbacks, Robinhood’s app ratings have been steadily increasing. When the pandemic hit, the trend accelerated. In April, ratings were up 25% month-over-month for the app. In September, ratings topped 2 million, double what they had been in the days before lockdown.

As we toil away — or thrive, depending on your style — in quarantine, happy hour has been starting earlier and earlier. Bars are mostly closed and your couch is the new neighborhood haunt. The drinks are cheap (free, even!) and last call comes whenever you say so. A recent study from Alcohol.org shows that over a third of people surveyed report that they’re more likely to drink in isolation than they were before the pandemic.

Alcohol delivery service Drizly saw a several spikes in Facebook engagement throughout the year, the most it's seen since we started tracking the company's data in 2018. Drizly's mentions peaked at 53,300 over the summer, an increase of over 22,000% from previous years.

Of all the consumer trends that occurred in 2020, perhaps none was bigger than the e-commerce boom. While brick-and-mortar stores closed down and retail chains relying on physical stores went bankrupt, e-commerce platforms like Shopify, Instacart, Amazon, and many more saw unprecedented growth. Consumers also embraced “buy now, pay later” platforms like Klarna, Afterpay, and Sezzle as cash became tight for many ahead of the biggest online holiday shopping season.

While Klarna and Afterpay led the charge among BNPL apps, smaller startups like Sezzle and Quadpay saw increased growth. While many may never catch up to PayPal, which dominated the BNPL market, the trend is likely to change how many Americans spend their money.