The ambitious, bold and hungry start their week with The Business of Business!
Innovation
11.25.20   9:00 PM Innovation

Apps like Afterpay, Affirm, Quadpay and Klarna have spread like wildfire as the pandemic shrinks wallets and pushes shoppers online.

“Buy now, pay later” (BNPL) have been the golden words in fintech for years. But apps like Afterpay, Affirm, Quadpay and Klarna, which let shoppers pay for purchases in installments, have spread like wildfire during Covid-19, as the pandemic shrinks wallets and pushes shoppers online. These days, on almost any online checkout page, you’ll find a sleek little icon beckoning you to split your $80 jumpsuit into “four interest free installments of $17.50” or turn $160 AirPods into a $14 per month purchase.

More than a third of American consumers used a BNPL service by July, according to a study this summer. 20.8% of all BNPL users tried it for the first time in 2020. Pay later app downloads have surged 155% this year to 8.43 million, shooting up to 1.4 million in September up from 650,000 downloads in the same month period last year.

The rise of BNPL apps is so blatantly linked to the pandemic’s financial consequences that app downloads slowed between March and April when the Federal government issued $1,200 stimulus checks, then, ramped back up after a second round never arrived.

BNPL growth isn't just a blip of the pandemic. These services, which encourage online shoppers to spend more and more frequently, are ushering in our accelerated shift to e-commerce, and arguably represent the most dynamic growth in fintech at large. With online sales predicted to account for 20% of all retail this year, up 16% in 2019, BNPL is poised to become as routine a part of shopping as a credit card. While traditionally layaway shopping was for big ticket items like furniture, people are starting to use BNPL for relatively small but frequent splurges on clothes, beauty products, electronics and home goods.

“By 2023, I predict 95% of all direct-to-consumer retailers will be offering some form of installment-based payment solution for both online and in-store checkout,” proposed researcher Jason Dorsey at an industry event earlier this year.

Whispers have already started about BNPL apps replacing credit cards among millennials who are debt-wary. Only 33% of adults age 18 to 29 — who represent $200 billion in spending power — have a credit card according to a 2016 survey by Bankrate. However, 87% of consumers between the ages of 22 and 44 have expressed interest in BNPL services, shows data compiled by PYMNTS.com.

A competitive field of BNPL firms are charting growth and showing promise. Currently, however, PayPal is the most used buy now pay later service in the US. PayPal has long offered shoppers layaway payment options like “Easy Payment,” “Bill Me Later” and PayPal Credit. But in response to the 2020 BNPL boom, in August, Paypal rolled out an official BNPL “Pay in 4” installment option to compete with companies like Affirm and Afterpay.

As of late November, according to Forbes, PayPal has 34.6 million US customers using their BNPL service, compared to Klarna’s 7.9 million, Afterpay and Affirm’s 5.6 million, Future Pay’s 3 million, Quadpay’s 2.5 million and Sezzle’s 1.8 million.

Seconding this finding, in a survey of US consumers by The Ascent, PayPal also ranked as the most commonly used BNPL service. 48% of respondents said they used PayPal, while only 35.6% said they use Afterpay and 25% reported using Affirm.

PayPal is already incorporated on so many online shops and holds so much customer loyalty, that it makes sense they have the big dog advantage as the BNPL war heats up. But which companies are coming for the throne?

The BNPL game is turning out to be a battle between a field of US, Europe and Australia-based companies for who can compete with PayPal in the American market. Europe’s leading app is Sweden’s Klarna, which is available from North Face, Bose and Asos. Valued at 10 billion, the company’s 7.85 million strong customer base is mostly global, but they’re rapidly building a US presence. The company saw nearly a million US customers sign up between March 1 and July 30, a 200% year-over-year growth rate. 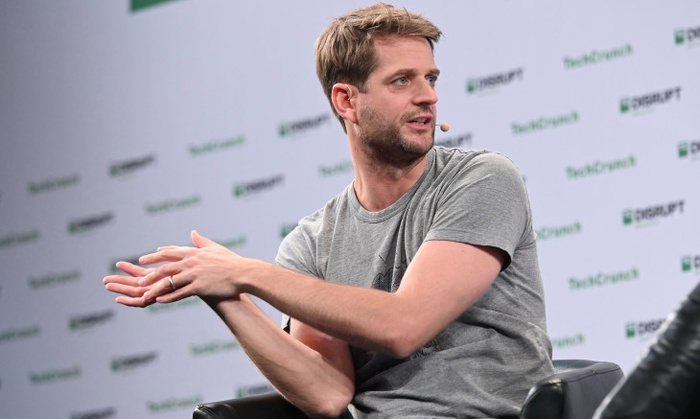 Klarna’s biggest international competitor is Afterpay, an Australian firm that ranks as the country’s biggest tech company overall by market capitalization. Thanks to deals with brands like Madewell and Ulta, the company is also making a play for world domination: it had only 1.9 million users in the US last June, but this summer, it upped that number to 5.6 million, an increase of 219%. Afterpay was worth only $100 million when it went public in 2016, but today it’s reached a $20 billion valuation.

Slightly behind in users is New York-based Quadpay, a player in the US that was founded in 2017. The company had 4 million users as of the third quarter, in which it saw 33% customer growth. It plans on growing that number. After forming a partnership with Australian firm Zip, QuadPay raised $130 million in funding to expand into the US.

America’s leader is San Francisco-based Affirm, which, thanks to partnerships 6,000 merchants including Shopify, Peloton and Walmart, grew from 3 million customers in November to to 5.6 million by July. They also reportedly doubled their revenue to more than $500 million in the last year, leading to a highly awaited IPO filing that’s estimated to land between $5 and 10 billion.

Afterpay, Affirm and Klarna are currently the most valuable BNPL companies with the biggest user bases. However, the fiery growth of Sezzle, a US-based, Australian Exchange-listed payment company, can’t be ignored. Sezzle, which offers four part installment payments, is smaller than Affirm or Afterpay, with around 1.5 million users. However, it’s been gaining serious value. They went public on the Australian exchange in 2019, and since then their share price has risen 280% to date in 2020. All public BNPL companies have seen share price boosts, Wall Street techie Gene Munster recently called the app “undervalued relative to its fintech peers.” 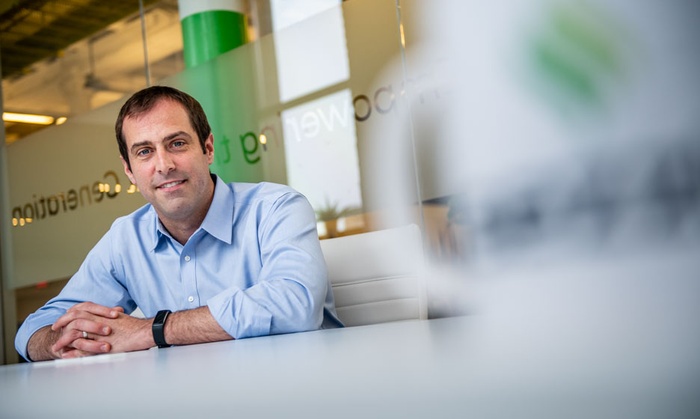 Sezzle is seeing some of the fastest growth when it comes to app reviews, social media, and employee headcount. Over the last 3 months, app ratings for Sezzle have surged by an impressive 171%. Again, all apps have seen a boost but none compare. Klarna, which Sezzle competes with in Australia and the US, has seen app reviews increase 93%. Next is Quadpay, with reviews up 55%. Afterpay has increased 22% and Affirm is up 13%.

Sezzle’s social media following is on the rise. Klarna currently leads top brands in Twitter followers. However, Sezzle has gained 8,700 followers on the app since March and most importantly, overtaken both Affirm and Afterpay in followers. Their new notoriety might have something to do with their buzzy holiday season deal with GameStop, a Christmas shopping favorite.

Sezzle’s brand awareness is also increasing via Facebook, where they’ve gained 10,000 followers, a 20-fold increase in the last year alone. Their following is dwarfed by both Afterpay and Klarna, who’ve both been around longer and have more multinational user bases. Notably, Afterpay has overtaken Klarna in their Facebook following over the last two years. In comparison, Affirm, QuadPay and Sezzle have a long way to catch up.

To support its growing footprint, Sezzle recently announced that the company doubled employee headcount since the beginning of 2020. In comparison, Afterpay has grown its headcount 48% this year and Affirm has expanded by 20%.

One of the main advantages and disadvantages of each BNPL app is where you can use them. Klarna, by many miles, is the most widely available BNPL service, used by 200,000 merchants in seventeen countries according to their website. Afterpay and Sezzle, which have built up big customer bases across Australia and the US are next, with the newer American companies trailing behind. Klarna and Afterpay’s big leads among merchant numbers make sense when you consider that, respectively, they can brag to businesses about their ability to increase order values by 60% and 87% respectively.

Revenue concentration is a risk

When it comes to BNPL, Affirm has shown that it’s both about quantity and quality when it comes to your merchant partners. In their S-1 IPO filing, Affirm revealed that nearly a third of its revenue comes from just one partner: Peloton. Based on Peloton’s sales, that means the booming bike company is shelling out tens of millions to Affirm every quarter so that customers can pay off their stationary bikes in increments.

This perfectly timed partnership has made Affirm one of the most valuable BNPL companies today. However, having their success hinge so definitively on one another company is a huge liability for the company. When Peloton’s sales dip as gyms and in-person exercise classes become a routine part of life again, Affirm’s competitors’ more integrated business strategies are likely to pay off.

Right now, no one in BNPL can hold a candle to PayPal’s saturation in e-commerce. Affirm, Afterpay and Klarna are the closest to gaining on the online payment staple in terms of customer base. However, the red flag of Affirm’s dependence on Peloton and the rapid growth of Sezzle suggest that the field can change on a dime. But it’s not a winner take-all game. Paypal should be threatened by whoever can specialize their services and sharpen their hold on Gen-Z and millennial shoppers.