Eight startup CEOs to watch for in 2021

We examined the CEOs of top startups who saw huge growth in the markets or are planning to make their public debuts next year, including Slack CEO Stewart Butterfield and Shopify CEO Tobias Lutke.

As the rest of us wait for 2020 to draw to a merciful close, chief executives are planning ahead for 2021.

This year saw a slew of events that changed startups forever: the coronavirus pandemic accelerating growth in everything from e-commerce to edtech, the beginnings of a Silicon Valley exodus to sunnier climes like Miami and Austin, and some giant IPOs from dozens of billion-dollar companies. With public debuts expected from the likes of Coinbase, Instacart, and other booming startups, 2021 could eclipse this already IPO-packed year.

Investors aren’t all gung-ho coming into the new year — although the general market outlook is positive, many fear that the coronavirus vaccine could reverse trends, or pop a possible bubble, for many of Silicon Valley’s biggest startups. In short, startup CEOs have a lot to gear up for.

Here are a few of the key players going into 2021, including CEOs whose companies saw huge growth in 2020, and others planning to go public in 2021. 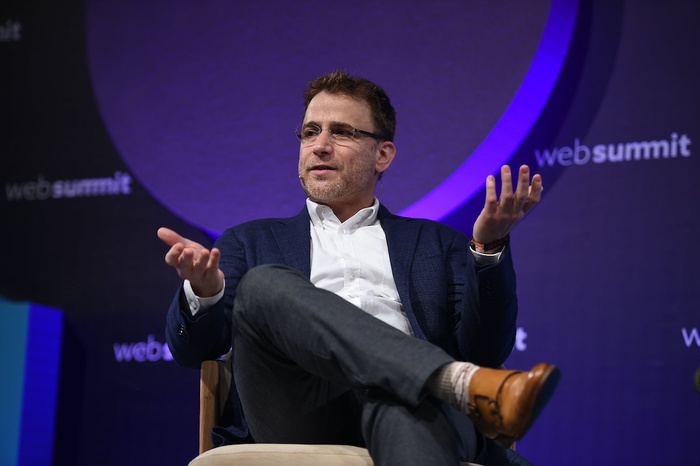 Since founding Slack in 2013, Stewart Butterfield has led the workplace messaging app through competition with Microsoft, a $1 billion valuation within a year of launch, and a 2019 IPO. This year, however, Slack was bought by Salesforce for $27.7 billion in what Salesforce CEO Marc Benioff called a “marriage made in heaven.” Heading into the new year, Salesforce plans to use Slack to compete with its main rival, Microsoft, and Butterfield will still lead the company while likely serving as a president at Salesforce. Butterfield is no stranger to selling off his creations: before Slack, Butterfield was the co-founder of Flickr, which was sold to Yahoo for over $20 million. 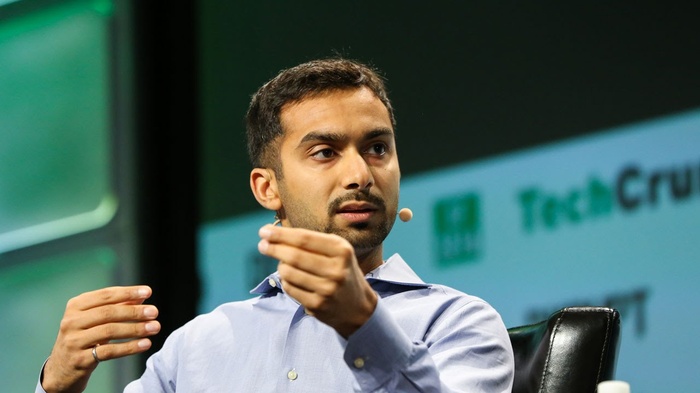 This year, grocery delivery startup Instacart has seen growth like never before, thanks to conditions brought on by the pandemic. Consumers who didn’t want to risk a trip to the supermarket got food delivered from the likes of Instacart, DoorDash, and other delivery startups. Naturally, the boom in demand has led to Apoorva Mehta’s company doubling in valuation. The valuation shot up to $17.7 billion after a new round of funding was announced in October. The company isn’t stopping there — according to Reuters, Mehta is eyeing a 2021 IPO with a $30 billion valuation, rivaling DoorDash’s $39 billion IPO valuation this year. The company chose Goldman Sachs to lead the IPO, which could happen as early as Q1 of 2021. 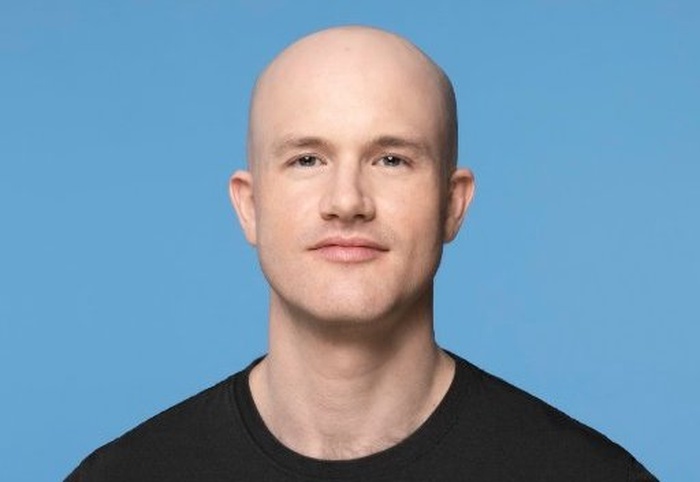 Last week, cryptocurrency company Coinbase announced it had confidentially filed to go public, likely for 2021. Amid the rise of bitcoin this year, Coinbase seems poised for a successful IPO, but the volatility of crypto could mean big risks for the company once it goes public. As for Brian Armstrong, the company’s co-founder and CEO, 2020 has been a mixed bag. Despite a recent $300 million fundraising round propelling the company to its highest valuation to date, Armstrong’s leadership has been called into question. He came under fire as he took an ‘apolitical’ stance in the wake of the “Black Lives Matter” protests across the country, a move that some in Silicon Valley thought was out of step with the times. 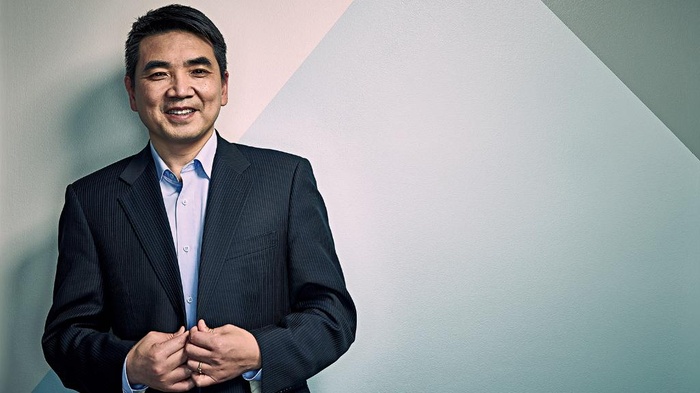 Of all the CEOs who enjoyed success in 2020 (and there were plenty), perhaps none became bigger than Eric Yuan, founder and CEO of video conferencing startup Zoom. The company saw extreme growth this year, due to the ever-increasing popularity of its app over competitors like Google and Cisco. Its share price grew from around $107 in early March to a high of $568 in October. As the coronavirus vaccine eventually gets distributed around the world, video conferencing may not remain as popular as it did this year, which may contribute to a decline in Zoom’s sky-high valuation. Company valuation aside, Yuan’s own net worth grew to $19.8 billion, up 456.2% YTD. Although he founded Zoom in 2012, Yuan had years of experience as one of Cisco Webex’s founding engineers. He went on to become a vice president at Cisco before starting his own company.

Tobias Lutke, co-founder of e-commerce company Shopify, originally intended to build a website for his fledgling snowboarding company with co-founders Daniel Weinand and Scott Lake. Instead, Shopify turned into a platform that lets small businesses launch their own sites. Although the company has been traded publicly since 2015, 2020 saw dramatic growth in share prices, hitting an all time high of $1,146.91. Lutke’s own net worth grew 200% YTD to $10.4 billion. However, investors aren’t necessarily thrilled about the dramatic growth — some are worried that Shopify’s bubble could soon burst, perhaps as the pandemic draws to a close. 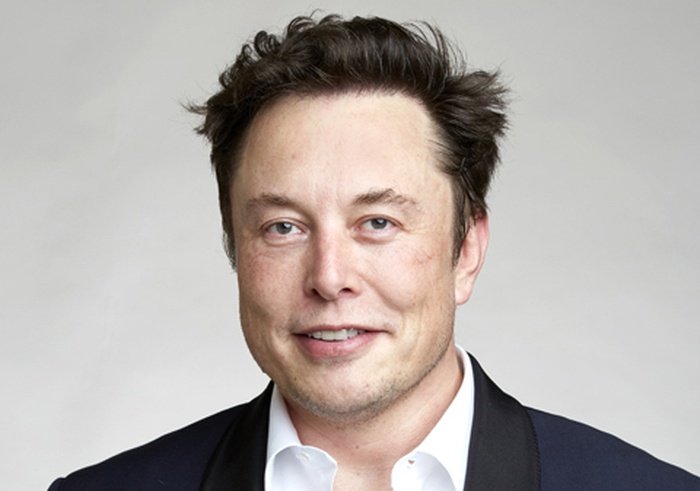 Of all the CEOs who gained wealth in 2020, no one gained more than Elon Musk. Musk is currently worth $157 billion, a 469.9% increase from this time last year (that’s $129 billion in cash). Since it was announced in November that Tesla would join the S&P 500, Musk’s net worth increased $65 million. Due to Tesla’s stock being more volatile than most in the index, those numbers may change by 2021. Thanks to Tesla’s share price soaring, Musk is now the second-richest person in the world — after Jeff Bezos, of course. 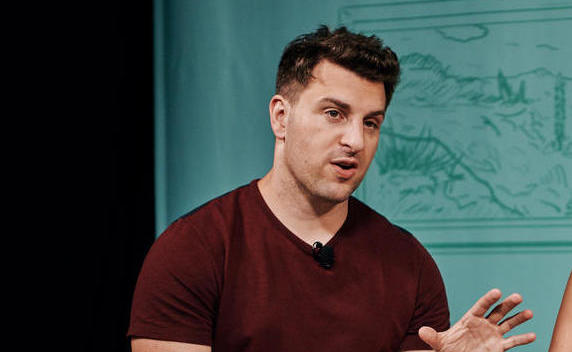 The travel industry had a terrible year due to COVID — but Airbnb managed to stay alive, and even thrive. As it turned out, home sharing was one of the few travel-related expenses consumers were willing to pay for, and social distancing wasn’t impossible when it came to renting out homes. In another bid to stay afloat, CEO Brian Chesky decided to take the company public this year, resulting in the biggest IPO of 2020. And as the travel industry bounces back, the company is set to grow even more.

Chesky offered a few words of hope via Twitter last week, recounting a message his dad would tell him while he was growing up. “‘Things are never as good as they seem or as bad as they seem.’ I still tell myself this,” Chesky wrote. 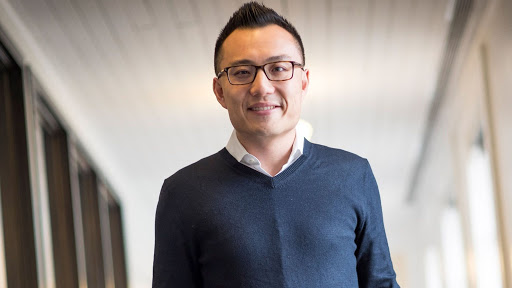 In one of the more notable IPOs this year, food delivery startup DoorDash reached a valuation of $39 billion not long after its share price reached $189 in the first week. Those factors led the company’s three remaining founders, Tony Xu, Andy Fang, and Stanley Tang, to become overnight billionaires. Xu, the company’s CEO, is now worth $3.1 billion.

As the leading food delivery company in the country, DoorDash benefitted handsomely from conditions created by the pandemic, accelerating its growth and finally giving it that ever-elusive thing gig companies strive for: profit. After losing around $600 million in 2019, in Q2 of this year, DoorDash made $23 million. In 2021, DoorDash could see more profit as consumers build brand loyalty. If eating habits return to what they were pre-pandemic, however, Xu may find his company in the red once again.