The ambitious, bold and hungry start their week with The Business of Business!
Innovation
6.12.18   12:58 PM Innovation

A proudly touted engagement number on the blockchain startup's homepage appears be machine-generated as well as possibly manipulated around the time of a writeup in Wired.

[UPDATE: Neuromation has responded to our research and has removed the usage claim from its website. That response can be found here.]

Blockchain and synthetic data platform Neuromation ($BLOCKCHAIN:NTK) has had a great year. After an initial offering worth $50 million, a writeup in Wired, and high-profile partnerships with farming conglomerates and Chinese blockchain firms, the company appears well-positioned as a bedrock artificial intelligence paltform. 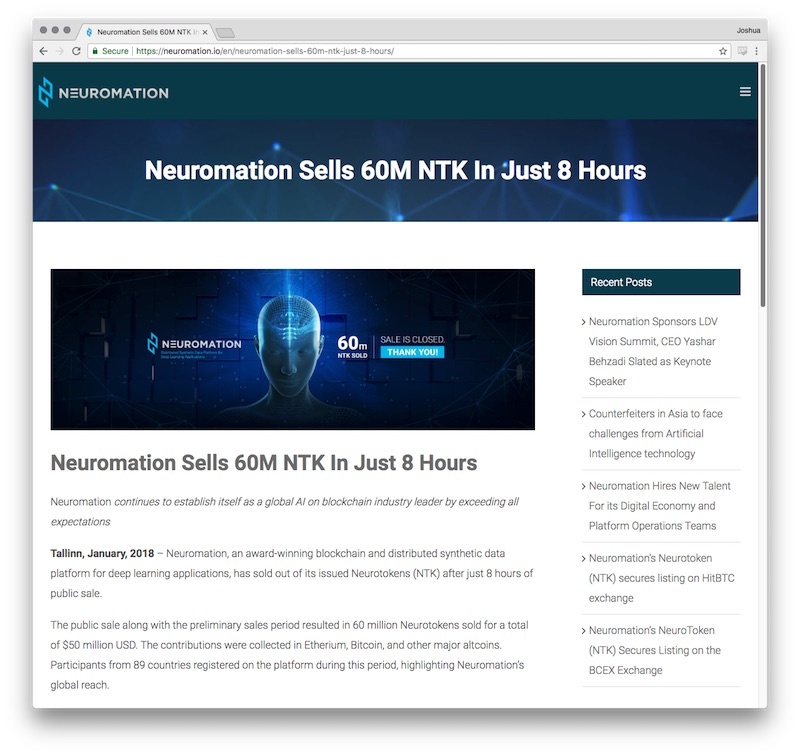 Neuromation employs blockchain to train neural networks based on synthetic datasets designed to help machines recognize real-word images. As demand for machines that can recognize real-world objects grows, Neuromation is using blockchain and synthetic images to build datasets that can ultimately teach robots to recognize objects like pigs or, in the case of its new Chinese partnership, counterfeit products. It a high-demand, emerging sector.

On the company's homepage, a large number touts the number of "labeled synthetic images" that have bee created by its platform. As of writing, that number sits at 39,166,281. Impressive indeed. 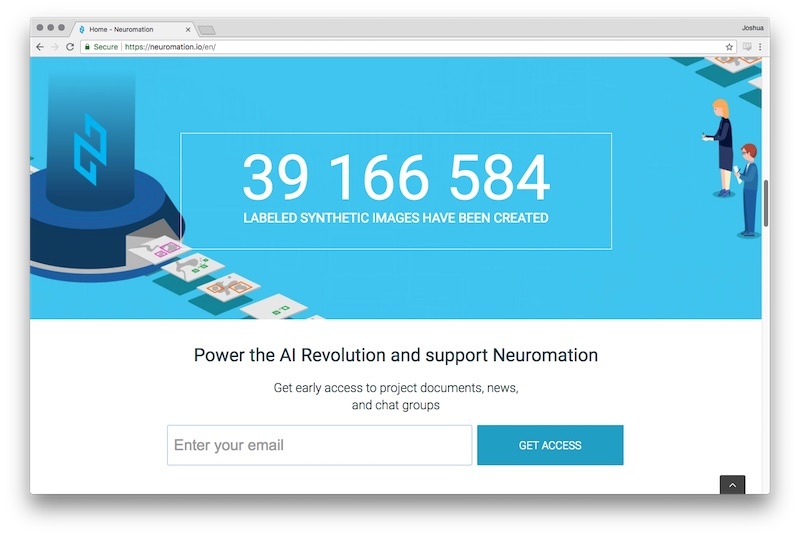 But because we snapshot that data several times a day, we noticed that same number was 44,042,788 back on April 23, 2018. The next day, that number dropped to just 16,915,512. Then, a few days later, that number was back up to 44,588,056. Eventually the number of labeled synthetic images the company claims to have created settled back to 37.5 million before reascending.

Note that this all happened right when the Wired writeup was published on April 25, when the startup knew eyes would be on them.

Outside of the strange correction, however, is that when the number is seen over time as a series, it appears that it's not based on something humans would create. In fact, it appears to be rising every day at a fixed number. Before the correction we observed in April, the image count was rising more sharply than it is now. In other words, seen on a macro level like this, it appears to be machine generated on a simple n+1 formula.

Was the April tweak a correction? And do humans create images on a blockchain network at such a steady pace? It's hard to believe that would be the case, and if this is a way for Neuromation to show crypto investors its usage traction over time, it appears something strange is afoot. In fact, it would appear that a computer is generating the numbed based on a predetermined upstick slope and not based on real-world usage numbers.

And if that's the case, some investors may be surprised that the startup in which they're investing is doing something funny with its traction claims.

It's possible that Neuromation didn't count on someone taking a snapshot of their claimed traction over time as we have. If that's also the case, it an explanation would be warranted. Or perhaps the number means something else. In that case, some clarity would also be due.

We reached out to Neuromation for comment and will update this story when (and if) they reply.