The ambitious, bold and hungry start their week with The Business of Business!
People
6.20.18   4:34 PM People

Gatorade's popularity has been waning, as our data shows. Can a new sugar-free version turn things around?

Gatorade, part of PepsiCo ($PEP), has taken a long break from social media and major messaging campaigns as it looks to update its image in light of consumers turning their backs on what is now considered by many to be just another sugary softdrink. Once the star-studded, "Be Like Mike" icon of the sidelines of basketball games and celebratory coolers for baseball walk-offs, Gatorade has chilled its social media campaigning as it's quietly looked to reverse brand direction.

As we reported in February, Gatorade's Facebook likes were on a downslope combined with a noticeable lack of activity on social media. That dive continued until last week, when Gatorade launched a new strategy and a new product: a sugar-free iteration called G Zero.

Gatorade hasn't fired all cylinders on social when it comes to Gatorade Zero, however. In fact, the last post on Gatorade's Facebook is in the distant past, dating back to August 2017. 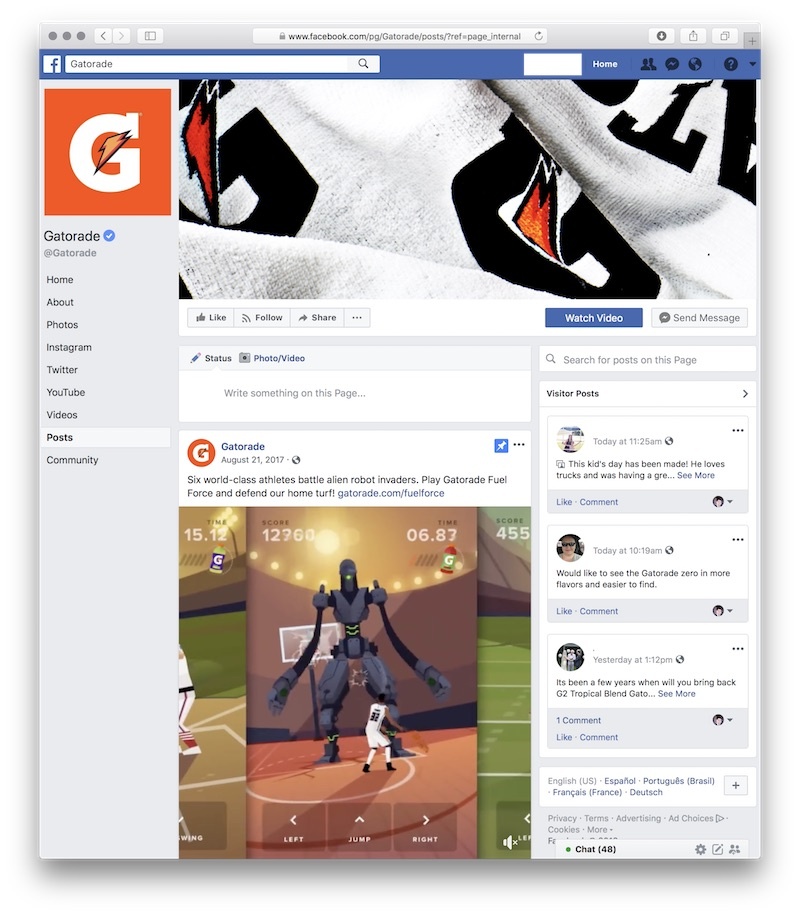 That's likely because the new sugar-free product is still shipping to retailers. In fact, it hasn't even yet shown up on Gatorade's own e-commerce site. It is expected to hit store shelves this week, however.

The small-but-significant reversal in Facebook likes coincides with PepsiCo's announcement that the new drink is finally shipping to retailers.

The last time Gatorade saw any Facebook activity was in early June, but that was a spike in Facebook talking-about mentions when a food-cart owner was shown on video throwing a bottle of Gatorade at a woman in what appeared to be a racially-motivated attack. That's certainly not the kind of social activity Gatorade or its agencies is looking for. We fully expect the company's social activity to pick up once G Zero has made it into consumers' hands, likely in the next week or so.