The ambitious, bold and hungry start their week with The Business of Business!
Innovation
11.12.20   8:00 PM Innovation

Some companies have benefited from their political statements, while others have drawn the wrong kind of attention.

The 2020 presidential election has been divisive to say the least, and that hasn’t stopped brands from weighing in via social media. Some companies have benefited from their political statements, while others have drawn the wrong kind of attention. The effect of a brand taking a stance depends on a few factors, including tone and clientele.

Irish budget airline RyanAir ($RYAAY) is a success story, having seen the Trump Administration’s loss as a marketing opportunity. On November 5, the company tweeted a photo of a distressed Eric Trump with the caption, “The look of a man who might not have access to Air Force One in the future and will have to fly commercial...don't worry Eric, we have €9.99 fares next time you're in Europe.”

The jab helped the airline boost traffic. “The Eric Trump tweet was the highest traffic tweet we’ve posted ever,” RyanAir’s head of social media David Elkin tells Business of Business. “We always have fun tweets about a lot of trending, topical items and the US election was the main topic that week. We wanted to have fun with it.”

don't worry Eric, we have €9.99 fares next time you're in Europe#Election2020 pic.twitter.com/4acb5ZiJt4

RyanAir’s Twitter following jumped by roughly 4,000 in a matter of days.

Following the success of that tweet, RyanAir has continued to share election memes. Patagonia (PRIVATE:PATAGONIA) saw a similar social media surge over the last few months with their September “Vote The Assholes Out” campaign, 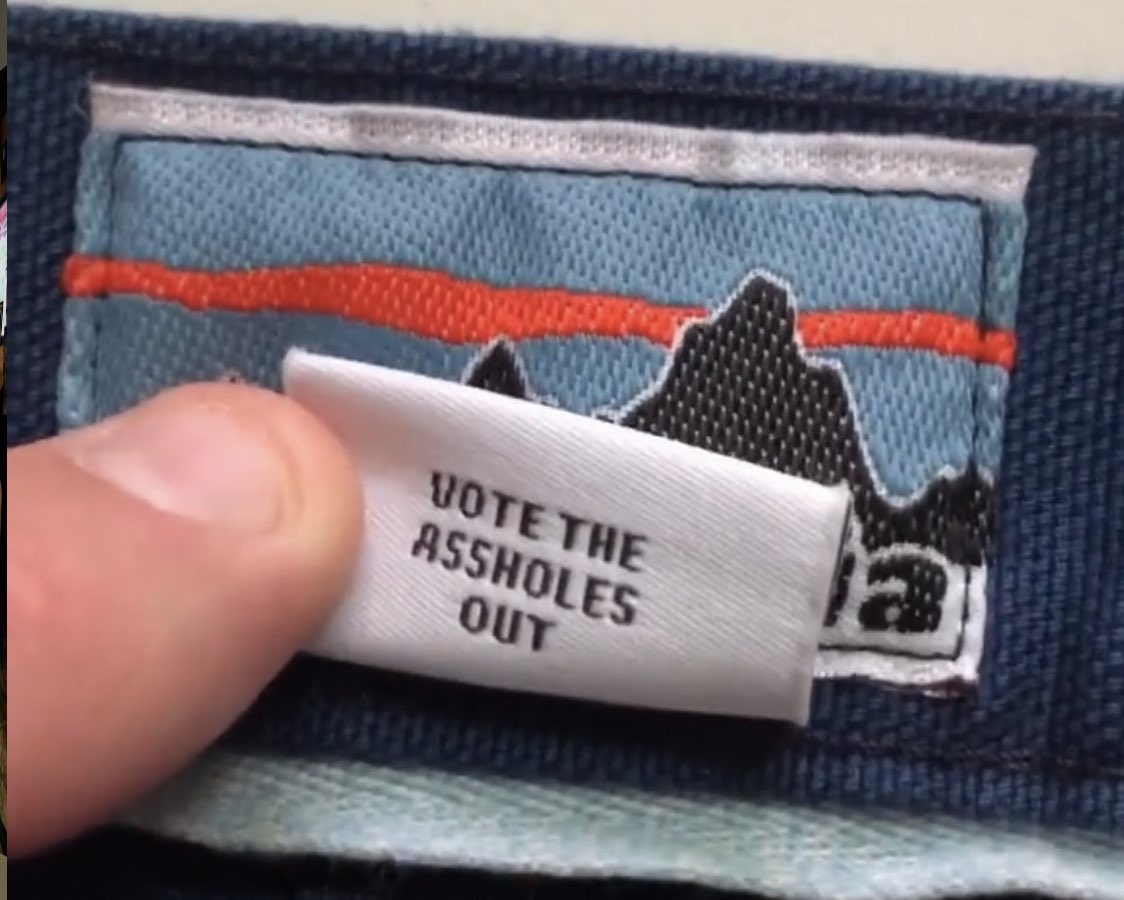 In the days leading up to the election, the brand took to Facebook and encouraged followers to vote. "Every Patagonia employee gets a paid day off on Election Day so we can all be sure to vote. ," one post reads. "Whatever happens, our commitment to democracy and saving our home planet remains." Patagonia's mentions surged almost 300% from October to November 4.

It appears that partisan approaches fare better than neutral ones, especially throughout the Trump Presidency. Gap ($GPS) was slammed last week for a since-deleted tweet. The post featured a video of a blue and red hooded sweatshirt, zipped up the middle to suggest bipartisanship.

The caption read, “The one thing we know is that together we can move forward.” Critics called the tweet tonedeaf. Gap’s Twitter following saw a pretty steep decline not long after the brand shared the tweet in question.

Of course, we can’t forget the 2017 Pepsi ($PEP) commercial, one of the early “woke” brand performances, in which supermodel Kendall Jenner hands a police officer a can of Pepsi during a protest. The public backlash pointed out how the commercial downplayed the harsh realities of police brutality built out of systemic racism.

If one thing is clear, it's that businesses need to consider their target audiences and the current climate before they consider getting political.