The ambitious, bold and hungry start their week with The Business of Business!
Innovation
3.27.19   6:49 PM Innovation

An alternative-data profile of Cubic, the company that's about to change the NYC transit system (again)

As a New York-based media outlet, we frequent the NYC Subreddit. That means we deal with 1990s-era MetroCards and MetroCard readers, not to mention Metrocard vending machines. So when we found this photo posted to Reddit from jake13122 titled, "Tap n go Coming Soon to MTA" — he means the One Metro New York (OMNY) system — we became pretty excited about the future of commuting in our city. 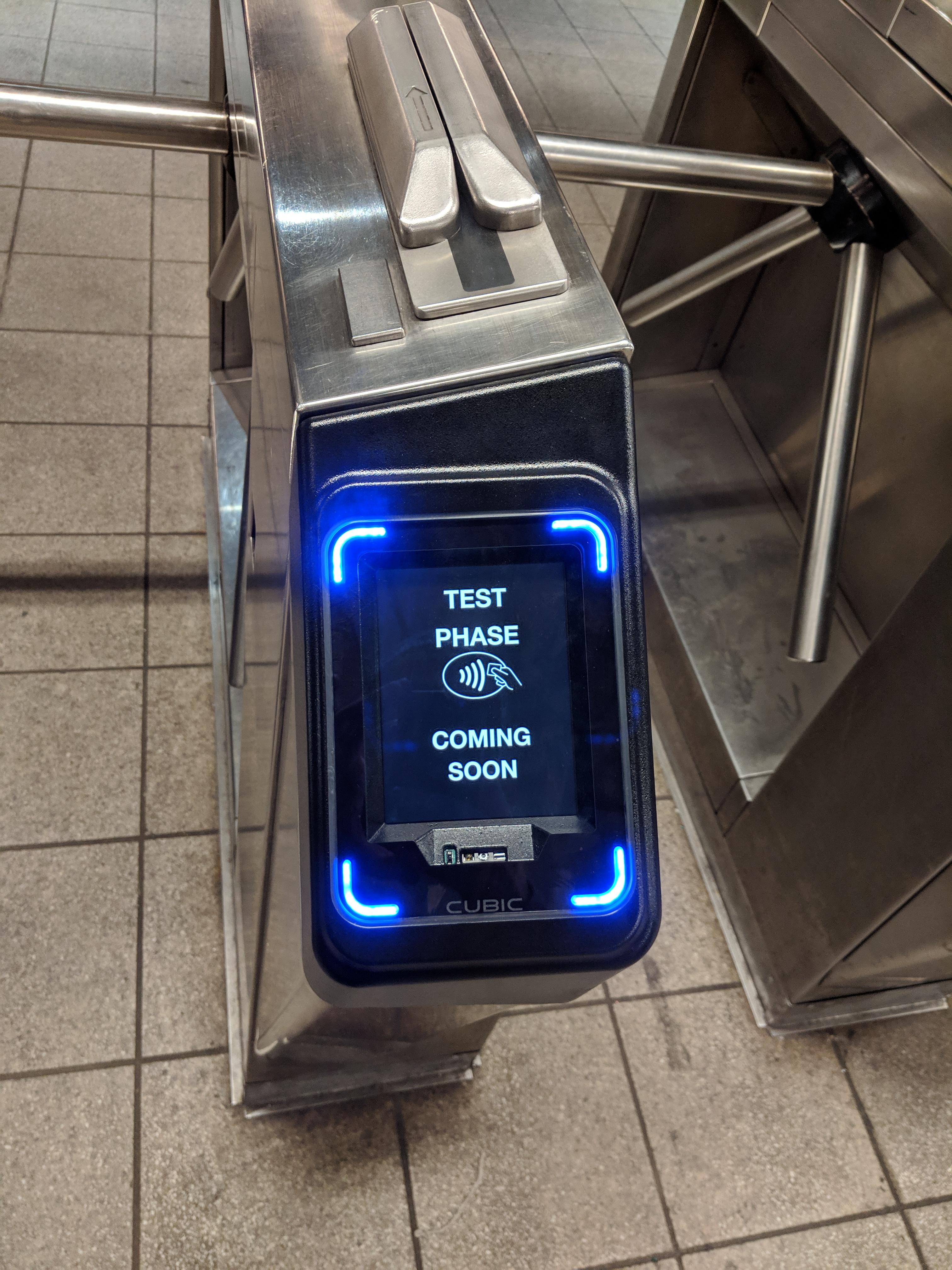 A short glance at this high-tech card and phone that will eventually replace the Metrocard reveals the company that made it: Cubic ($CUB). Here's what alternative data tells us about the company that's going to help New York move millions of people every day.

Founded in 1951, Cubic Corporation is the parent company for several business segments that are under the Cubic name. At one point in time, it acquired the U.S. Elevator Corporation, a company that popularized microprocessor-controlled elevators (it left the elevator industry in 1993). Cubic IPO'd on the New York Stock Exchange in the 90s, where it currently trades upwards of $54 a share.

One of Cubic's main businesses is Cubic Transportation Systems, which describes itself as an "integrator of payment and information solutions and related services for intelligent travel applications."

Cubic was responsible for multiple contactless payment systems currently in use around the world, such as London's Oyster Card, the Chicago ChicagoCard, and the Los Angeles Transit Access Pass (TAP) card.

On October 25, 2017, it won a $539.5 million contract (with additional options worth $33.9 million) with the New York Metropolitan Transportation Authority (MTA) to replace the city's aging MetroCard. That system is known as OMNY which will begin to roll out on the 4, 5, and 6 subway lines between Grand Central and Atlantic Ave.—Barclays Center in May (as well as the SIM30 express bus route on Staten Island).

Replacing the MetroCard system... That it built

With its transportation business being the main moneymaker, and with OMNY's debut on the horizon, Cubic has continuously invested in human capital in the city over the past two years and beyond. In fact, it was the company that put MetroCard readers in the city's subways back when it secured that contract in 1991.

In a Los Angeles Times article from 1991, Chris Kaul wrote that Cubic would "provide card-activated fare-collection systems at 69 of the city's 469 subway stations and all 3,780 MTA buses by 1994." That system is, as we know it today, the MetroCard.

Further explanation of this system lays out the fundamental basics of the MetroCard, as well as mentions an issue that, in hindsight, was not going to fix itself from this 21st-century technological innovation.

"The system, which will be partly operational in 1994, uses cards whose value is electronically reduced at the turnstiles with each ride taken. The system also includes security bars designed to thwart fare evaders, who are said to cost the New York transit system at least $60 million in lost fares each year."

Who is it hiring right now?

Over the past two years, Cubic, had anywhere between two to seven active job listings for positions based in New York City (Cubic is headquartered in San Diego, California).

At this stage in Cubic's development of OMNY, it is hiring people to help with customer service at stations — repairing machines that New Yorkers will yell at the MTA about through the 411 phone line — as well as ensuring it sticks to its current and future contractual obligations in the metro area. 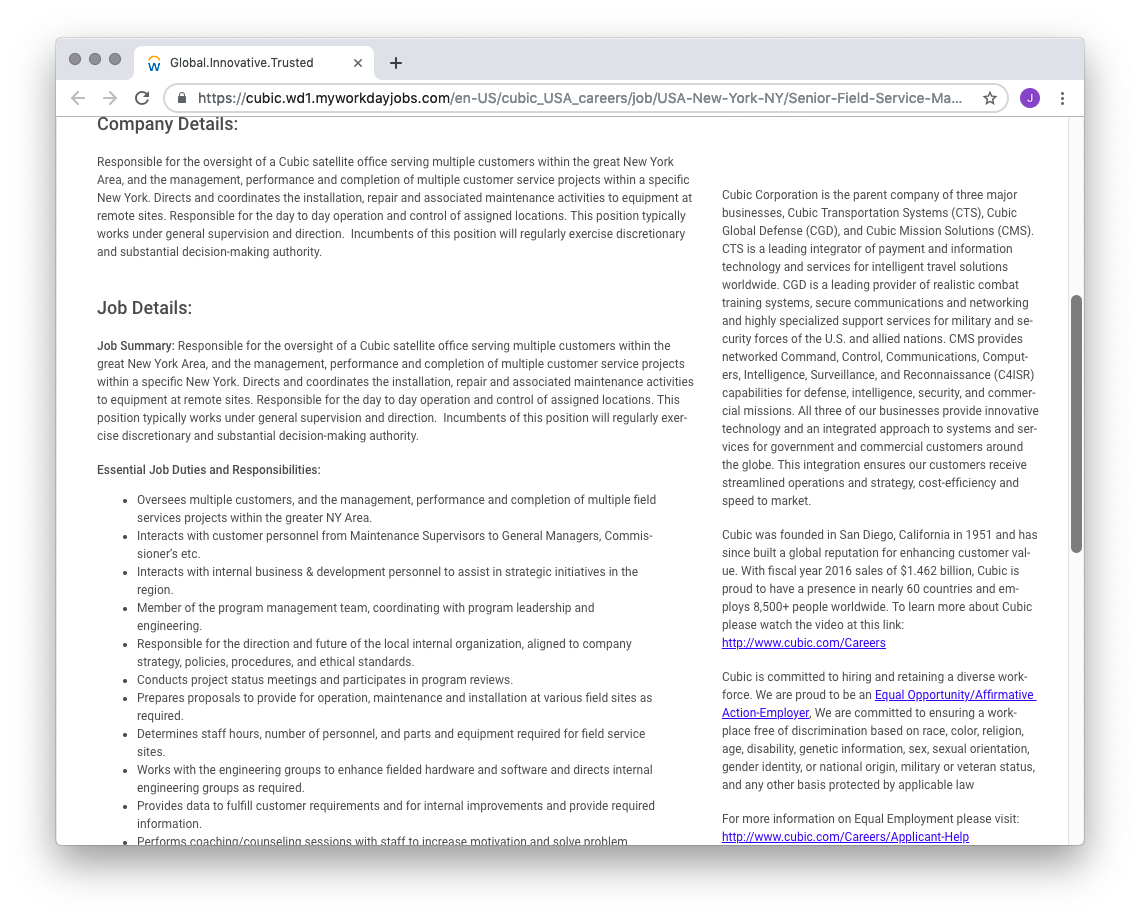 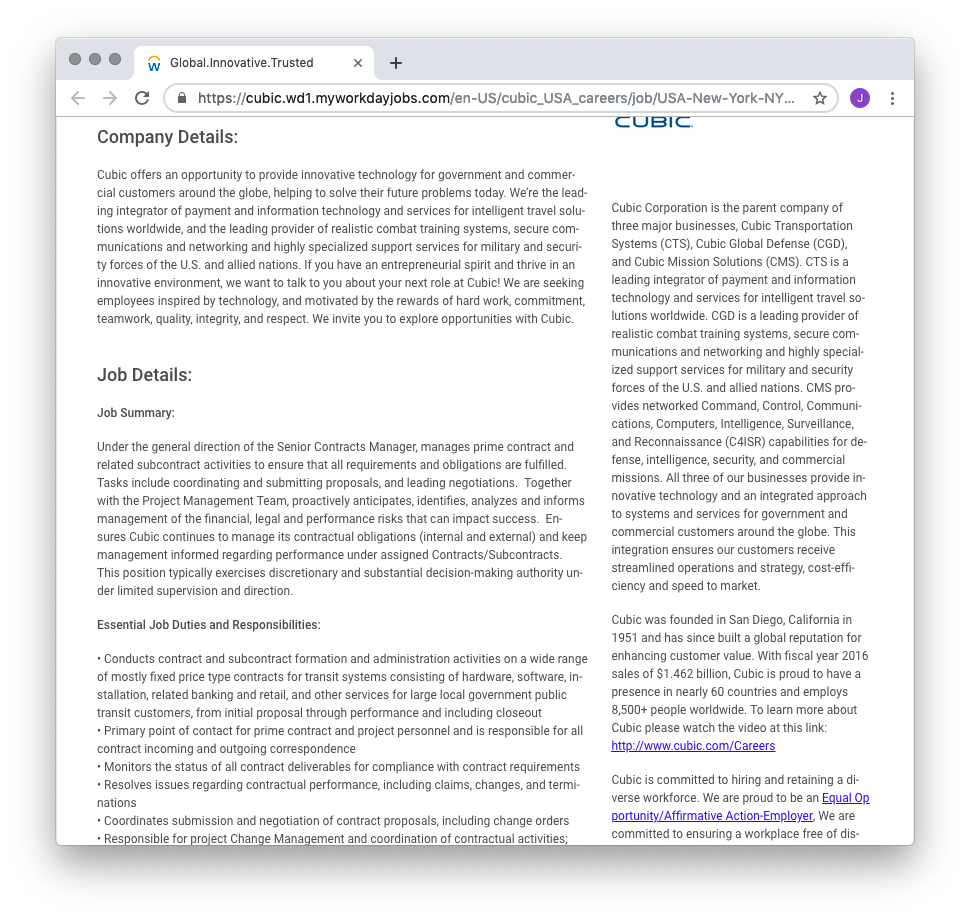 It's made billions of dollars as a government contractor. 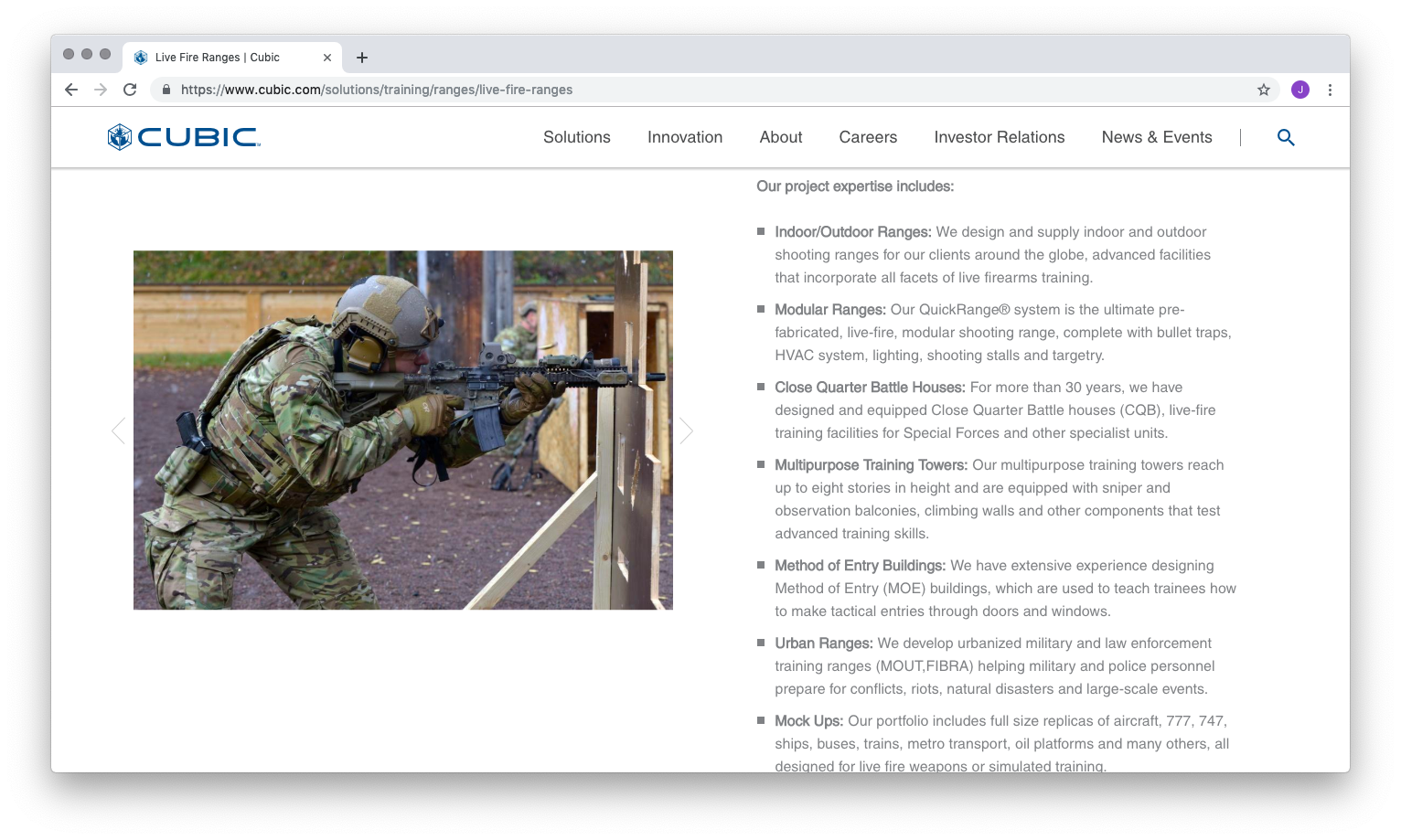 In Fiscal Year 2018, Cubic made $1.203 billion in sales. While the majority of that revenue was not due to defense systems — 56% percent of sales was tied to the transportation systems section of the company — it still made over half a billion dollars on Defense Training and Command, Control, Communications, Computer, Intelligence, Surveillance, and Reconnaissance Systems (known as C4ISR to make talking about it easier) combined.

Since 1999, the year of the earliest signed contract we have in our database, Cubic made over 2.4 billion in public government contracts up until 2018.

Out of the two Twitter accounts Cubic runs that we track, its transportation one has more followers. But even then, and despite it posting regularly, it has under 5,000 followers.

On Facebook, Cubic has under 4,000 Likes on its page, and data shows that people are rarely posting about the company. Recently, Cubic Corporation had just under 500 posts about it in a single day. For context, that same day, McDonalds had a "Talking About Count" about 42,000 posts.

Cubic Corporation is a powerful company; it helps the United States military and city transportation systems, and makes billions doing so. If you don't know it by now, then you'll begin to see them in action later this year...

Or, if you've ever used the NYC subway in the past two decades, Cubic have already had a direct impact on your life.