The ambitious, bold and hungry start their week with The Business of Business!
Innovation
7.25.18   4:45 PM Innovation

Could Amazon actually replace all US libraries?

Professor Panos Mourdoukoutas suggested that Amazon bookstores should replace US library services - but would Amazon even be able to? The task would be tougher than it sounds based on data alone.

A controversial article published earlier this week by Forbes.com suggested that Amazon brick-and-mortar bookstores should replace US library services.

Professor Panos Mourdoukoutas, a Forbes contributor, said in his column that “At the core, Amazon has provided something better than a local library without the tax fees. This is why Amazon should replace local libraries. The move would save taxpayers money and enhance the stockholder value of Amazon all in one fell swoop.”

The Professor's suggestions have drawn widespread outrage from professional librarians and library-lovers from around the world calling the suggestion 'twaddle'. Forbes has now removed the article following the online backlash.

But could Amazon replace libraries even if it wanted to?

According to information from the America Library Association, (ALA), there are estimated 119,487 libraries of all kinds in the United States. This is only an estimate, as no survey currently collects this data.

Amazon, on the other hand, has fewer than 500 locations in the United States, and that’s including all of the Whole Foods stores, which are owned by Amazon.

The current number of Amazon bookstores is completely overshadowed by the American Library Association. There are currently only 13 Amazon Bookstores, with a further six planned. The rest of Amazons locations are Whole Foods Markets. 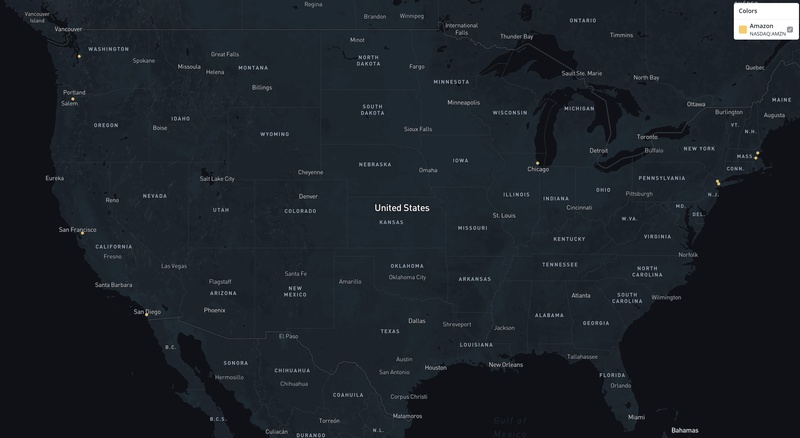 But surely Amazon must employ more people than libraries, right?

Data from the America Library Association shows that the their 120,000 locations are staffed by around 136,660 full time professional librarians and 260,818 other paid staff — that's almost paid 400,000 thousand positions to fill. The ALA has not included in the list their numbers of volunteers and unpaid staff.

Looking at Amazon's employee numbers on LinkedIN, we can see that around 262,000 people report as being employees of Amazon. An additional 30,000 Americans work in Whole foods for a total of just under 300,000.

In order to replace the US library staff and maintain current operations , Amazon would need to increase its employee account to around three times its current size.

One front where Amazon does win out is Twitter.

The ALA can only muster around 178,000 twitter followers in comparison - but this does not include the accounts for individual libraries across the country.

All in all considered, at least based on the data at hand, it would be a tough job for Amazon to take over 120,000 locations and hire 400,000 new staff members to provide the same service as the ALA.