The ambitious, bold and hungry start their week with The Business of Business!
Innovation
10.25.18   7:08 PM Innovation

The YETI IPO by the numbers: social media firestorms, retail footprint, and more

An alternative-data snapshot of YETI through its Facebook profile, distributor count, and job listings reveals some insight into the Austin-based cooler manufacturer.

The Austin-based cooler, drinkware, and other gear associated with a day in the great outdoors left a unique alternate data profile in the months leading up to its original and latest IPOs, one that involves a few hiring surges, periods of good (and bad) internet buzz, and a rapidly growing presence in brick-and-mortar retailers across America.

An influx of distributors

Since the beginning of September, YETI was able to continue growing its distribution footprint as it geared up for its IPO.

YETI listed 452 additional locations for where its products are sold between September 3 and October 25. It also delisted 209 vendors during that same time period, which made for a net gain of 243 individual locations where one could buy some gear to help crack open a cold one with the boys, girls, or friends regardless of gender. 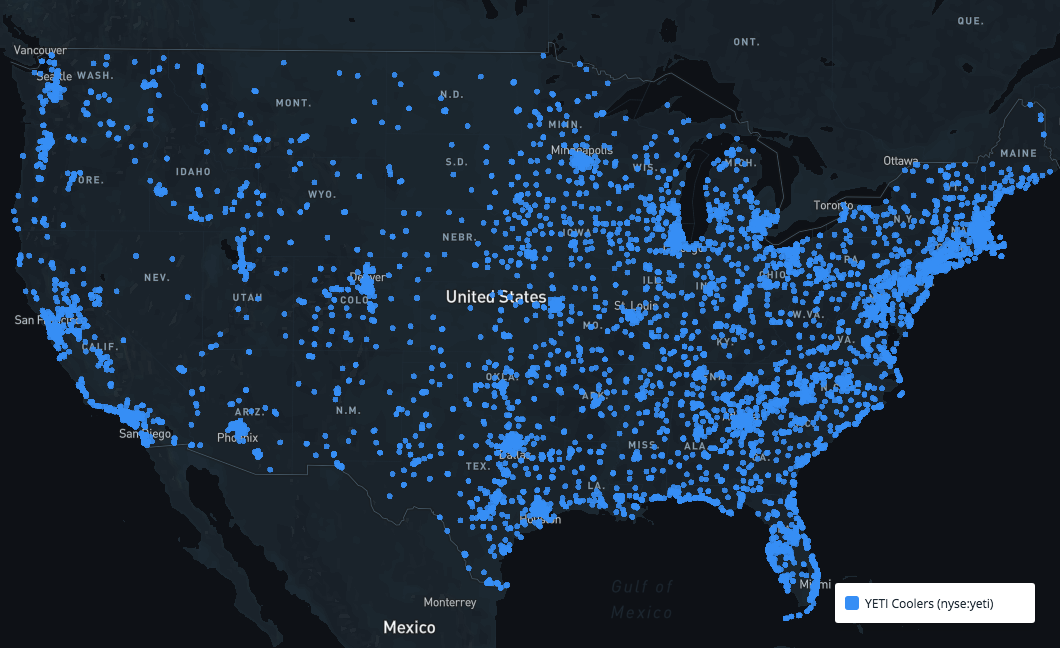 Unsurprisingly, YETI's retail footprint extends past traditional metropolitan areas and into places like Montana, North Dakota, and the Appalachia region, places where its products would see plenty of use for an outdoor camping trip.

On March 26, 2018. YETI withdrew its IPO application after initially filing it in July 2016 due to, as the company put it, "market conditions." In its original application, it listed net sales of $468.9 million for fiscal year 2015, marking an increase of 128% in compound annual growth rate from the year prior.

Less than a month later, it became the subject of NRA Lobbyist Marion Hammer, who reported that the company now "declined to do business with the NRA Foundation." This happened right in the middle of when other private companies, such as United Airlines, Delta, and Hertz, pulled support in response to the Parkland, Florida school shooting on February 14.

YETI quickly released a statement denying this while NRA fans blew up coolers in protest, labelling it the #YETICoolerChallenge. That infamous spat with one of the country's top lobbying groups caused plenty of users on Facebook to talk about the brand.

Whether it was posting a video of cooler demolition or a long rant about supporting the company, YETI got plenty of press the day of and the week after news broke. Since then, the company saw several minor spikes, but with several months removed from that infamous moment, it decided to re-launch and get on the market to more positive fanfare.

Now hiring for sales and marketing

Of course, as it is now on the stock exchange, the company is focusing on getting the word out about its products, according to its job listings data.

After hitting a hiring surge a month out from its IPO debut, the company has 25 job openings listed on its careers page.

The majority of these jobs are for Sales and Marketing positions, a group that is hiring at a high of 15 positions since we started tracking data on the company in late November 2016.

Such positions include a Director of E-Commerce role, one that asks for applicants with, "knowledge of global markets and experiencing optimizing sites in key strategic countries (Japan, UK, France, Germany, Canada and China)." 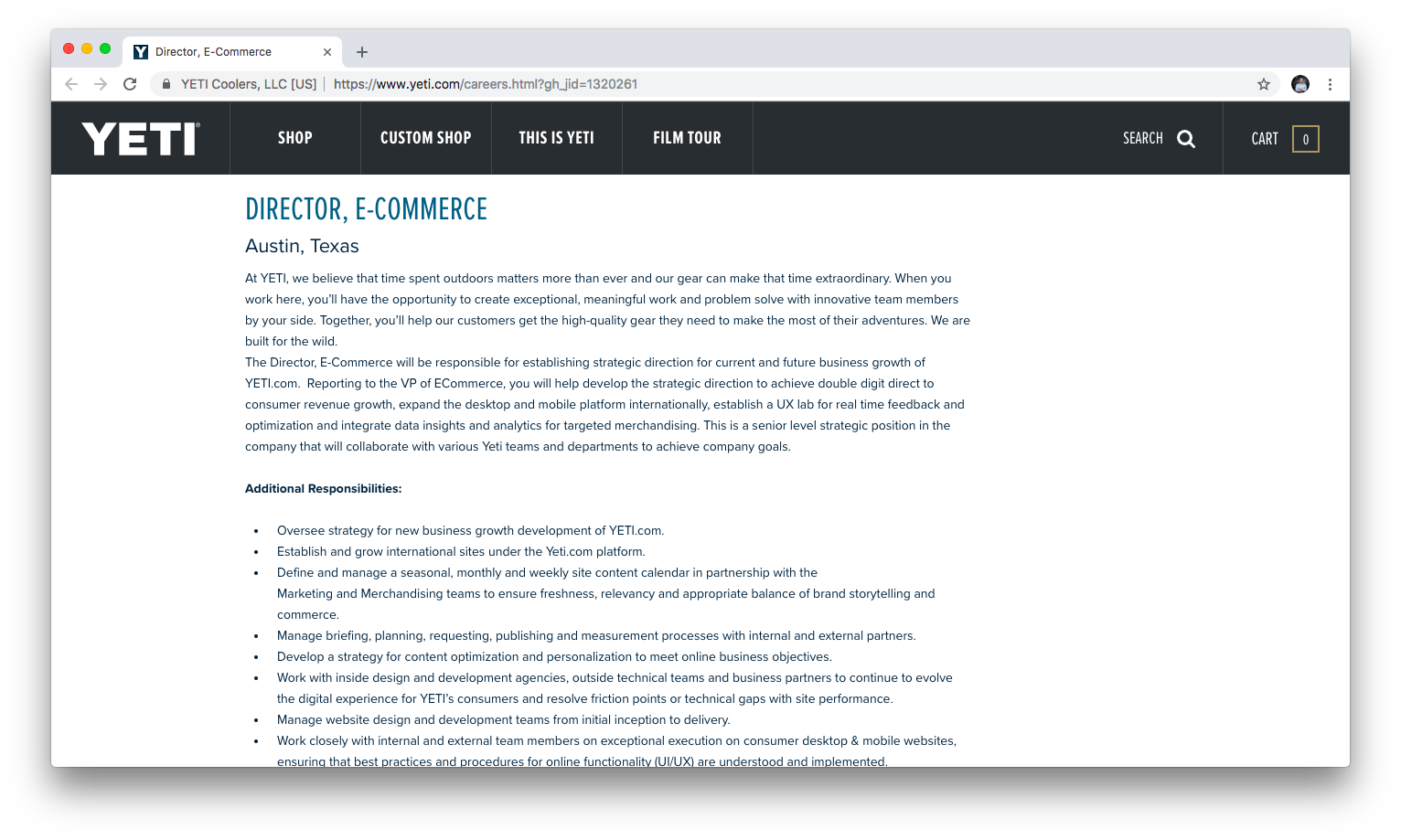 Now that Yeti is out in the public, it is looking to grow into the brand for coolers around the world, both with distributors and in direct sales to consumers.