The ambitious, bold and hungry start their week with The Business of Business!
Markets
7.13.18   6:49 PM Markets

Why Lululemon is so successful

In 1998 in Vancouver, Canada, Chip Wilson launched an athletic wear line that changed the fashion industry. From the beginning, Lululemon ($LULU) was about more than fashionable $98 yoga pants, positioning itself as an aspirational lifestyle brand.

The faithful were drawn to Lululemon like moths to a flame. (I’m not ashamed to admit I’m one of them.) Whereas Nike and Adidas are about their brand, Lululemon is about their community. Meditation classes, yoga classes, run groups and other organized activities are a cornerstone of the Lululemon experience. Lululemon places a big emphasis on living your best life, on setting goals and achieving them. The company is one of the economic leaders in the culture of self-improvement that has grown into a multi-billion industry. 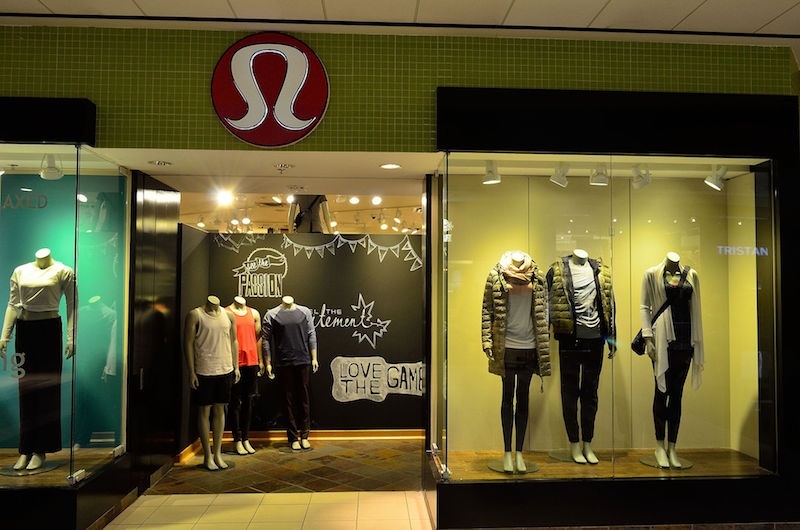 Before founding Lululemon, Chip Wilson spent 20 years working in the surf, ski, and skatewear industries. Then he fell in love with yoga and saw an opportunity to bring more technical, performance-oriented clothing to market. He was on the cusp of the yoga and fitness trend that has gripped the world over the past 20 years. Wilson relied on word of mouth to sell his yoga pants, settin gup pop-up shops in yoga studios and enlisting brand ambassadors to spread the word. Lululemon still uses its ambassador program today.

In 2005, Wilson sold 48% of the company to private-equity firms Advent International ($PRIVATE:ADVENTINTERNATIONAL) and Highland Capital Partners ($PRIVATE:HIGHLANDCAPITALPARTNERS). In 2007, Lululemon went public. For the fiscal year of 2015, Lululemon had $1.79 billion in revenue.

Unlike other companies in the athleisure space, the company rarely discounts their goods more than 20-30% while others in the space, such as Adidas, are forced to constantly cycle inventory at discounts of 40% or more. Why? The Lululemon faithful are happy to pay full price.

Lululemon, in its youth, is also active on social media, with a steady rise in popularity on Facebook.

It's not all sun salutations

Lululemon is a success story. But the company has also faced struggles and stumbles — most notably the sheer-pants debacle of 2013. In March of that year, Lululemon had to recall a $98 pair of leggings because when customers bent over, the fabric became sheer. That amounted to 17% of the company’s inventory. That hurt. Then, Chip Wilson went on Bloomberg TV during this time and made some very controversial statements.

"Quite frankly, some women’s bodies just don’t work for it… Even our small sizes would fit an extra large. It’s really about the rubbing through the thighs, how much pressure is there.”

The comments outraged customers and caused a media firestorm. Lululemon had been on an ascent steadily until this point.

In May 2014, Wilson resigned from his position as Chairman of the Lululemon board. In September of that year, he sold 50% of his 402 million shares in the company for approximately $845 million.  In February 2015, the founder announced that he would vacate his seat on the board of directors entirely.

Officially, Lululemon hates the idea of athleisure — its garments are engineered to perform, but the company is undeniably at the center of the trend, which has made it acceptable and trendy to wear workout clothes pre- and post-exercise (or no exercise at all).

Lululemon prints inspirational sayings on their retail bags. Such statements are also on the walls of the more than 700 stores worldwide and all over the corporate headquarters in Vancouver.

“Friends are more important than money.”

“Write down two personal, two business and two health goals for the next one, five and 10 years. Goal setting triggers your subconscious computer.”

Under Chip Wilson’s reign, the company notoriously required employees to attend the Landmark Forum, a series of controversial self-improvement forums. Today, that practice is not required, but encouraged.

Now hiring for CEO and 1,240 positions

Since Chip Wilson’s departure, Lululemon has had a revolving door in the CEO’s suite. Christine Day moved from Starbucks to Lululemon when Chip Wilson stepped down. She served as the company’s leader from 2008-2013. Then Laurent Potdevin stepped in. In February 2018, he abruptly stepped down in the wake of employee claims of a toxic work environment and misconduct that allegedly involved a relationship with a subordinate. For the second time in four years, Lululemon is looking for a leader.

Despite the turmoil in the executive suite, Lululemon’s hiring has been on a steady rise.

The good news is that Lululemon is in a very strong position to attract a new CEO. The company is growing rapidly. Its stock is up nearly 80% over the past year. In a shaky retail environment, Lululemon is in an enviable place. In early June, its shares surged to a record high after first-quarter results topped expectations. The company reported a 25% jump in quarterly sales with $649.7 million. Lululemon’s gross margin widened as the brand rarely has sales on their merchandise. The Lululemon faithful once again happily shelled out $98 or more for a pair of leggings. 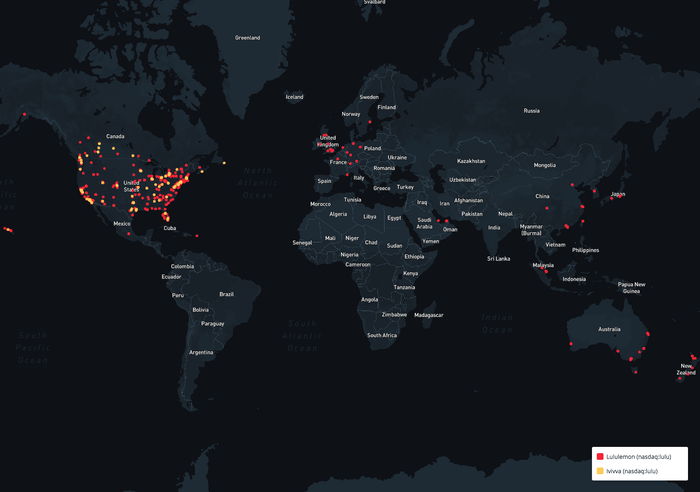 With a massive global retail footprint and a resurgence in its brand image, Lululemon may hate the term “athleisure”, but it is the absolute leader in that category.