The ambitious, bold and hungry start their week with The Business of Business!
Markets
6.25.19   5:57 PM Markets

Wall Street analysts recently dumped Carnival Cruises, and alternative data from that company, as well as Norwegian, may show why they thought it was heading towards rough waters.

The biggest cruise ship operator in the world is facing some big challenges. A number of Wall Street analysts dumped Carnival Cruises ($CCL), as they believe that the Florida-based travel company won't be able to use its scale to match its competitors.

One of the biggest problems Carnival faces is in Europe, where the company is suffering from "weakness in their country-specific European brands (Costa and AIDA)," Barclays US leisure analyst Felicia R. Hendrix wrote in last week's note, which followed the company's surprise-earnings announcement. Hendrix downgraded Carnival shares and cut back on the bank's price target.

For starters, it looks like Hendrix's comments are spot on. Carnival brand AIDA has seen its Facebook ($FB) Talking About Count slump over the last couple of years - and because Carnival has built itself as a global vacation brand, the weakness in Europe could sting investors.

Our first chart tracks Norwegian ($NCLH), a popular Carnival competitor, which has seen Facebook Likes increase by more than 45% since 2017. That's a big advantage over Carnival, which saw Facebook Likes rise by a little more than 12%.

“We do not believe [Carnival’s] performance will improve relative to peers,” Hendrix wrote in a note last week. “We remain bullish on the cruise sector in general,” she added, saying Royal Caribbean “and [Norwegian] face numerous catalysts inclusive of new hardware, strong onboard revenue trends, itinerary changes and investments in technology and new attractions.” 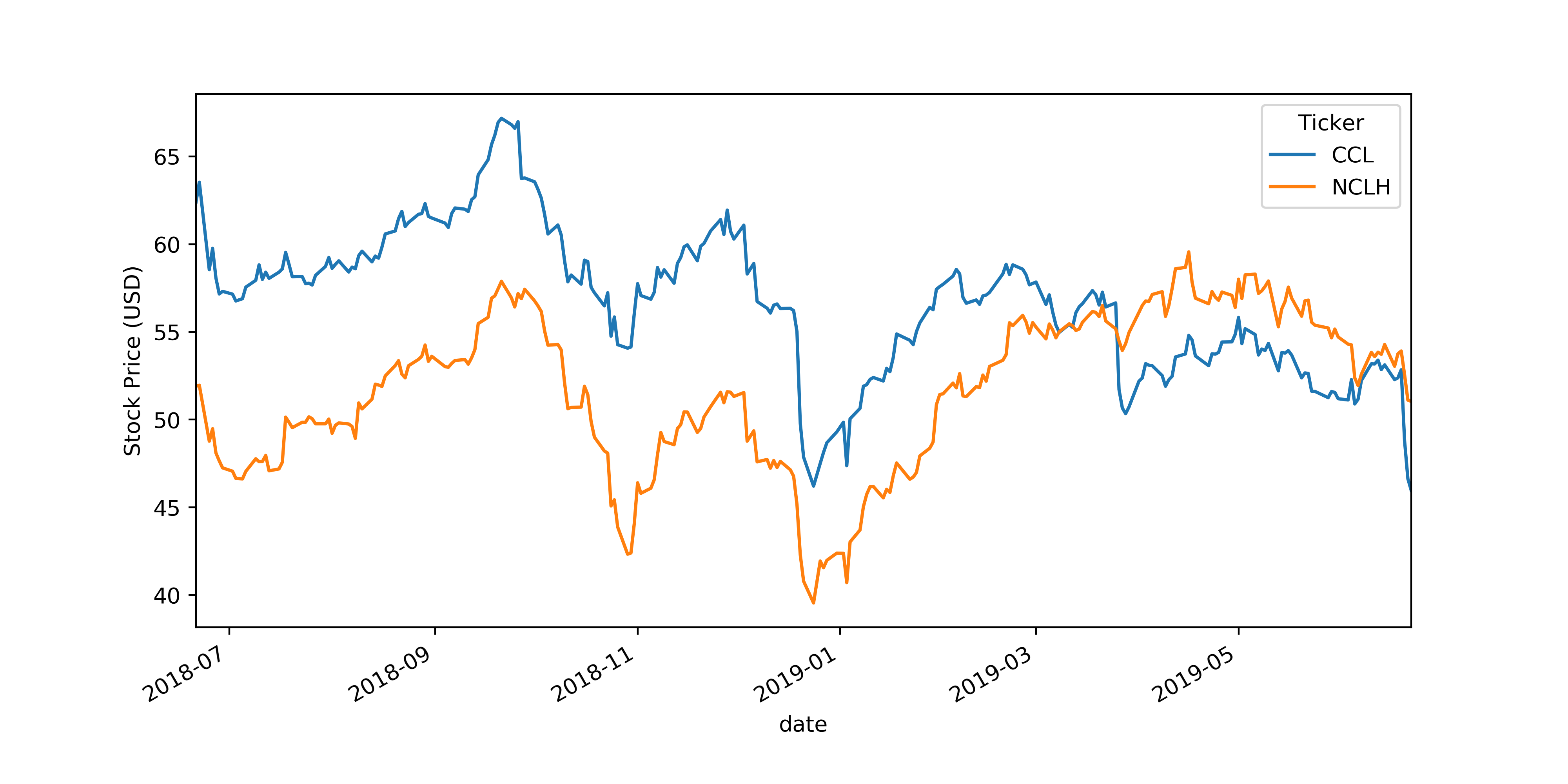 Carnival enjoyed, until very recently, a higher stock price than competitor Norwegian - as well as a much bigger market cap, and employee headcount. Now, it's down to just two of three: after its surprise earnings announcement, and revelation of disappointing guidance, Carnival shares - which were already down double digits over a 12-month timeframe - sunk beneath one of its biggest competitors. Our chart tracks the share performance both over the last year; Norwegian stock surpassed Carnival shares earlier this year.

However, there is one thing that could catapult Carnival ahead of its competitors yet again - although it is also the one market scenario few people want to see: a recession. In past recessions, the company's shares and business proved resilient, in part thanks to its ability to market cruises to customers that come at a discount to the price of an ordinary vacation.