The ambitious, bold and hungry start their week with The Business of Business!
Innovation
11.10.20   5:00 PM Innovation

A brief history of Stitch Fix: how a personal styling service merged fashion with data

Founder and CEO Katrina Lake wanted to love her clothes, so she created an algorithm for her closet.

Katrina Lake founded Stitch Fix in 2011 while pursuing her MBA from Harvard, and has since proven to be one of the most intelligent founders in e-commerce. Lake's plan was to provide busy people with curated boxes of clothing, selected for them by a team of stylists. Back in the company’s early planning stages, she was an unknown entrepreneur. As the retail apocalypse claimed thousands of brick and mortar stores over the past several years, Stitch Fix ($SFIX) generated more than $1 billion in sales in 2018.  What’s more, Stitch Fix has been turning a profit every year since 2015.

The personal styling service charges a monthly styling fee. Customers fill out their styling profiles online and a Stitch Fix stylist chooses five items to send them. Once received, the customer has three days to choose which items are worth keeping and which ones to return. If the customer keeps all five items, she gets 25% off the total cost. The “Fix,” as the box is called, is scheduled by the customer to come once a month, every two weeks, every two months, or however often she wants it.

What most customers don’t realize is that Stitch Fix uses data science and artificial intelligence, alongside the stylists, to create the boxes for customers. After the data science feeds the stylist recommendations, the stylist can curate that selection further. Stitch Fix is a tech company more than it is a fashion service. When the company launched, it only catered to women. Today, it also offers men's clothing, maternity wear, and children’s clothing.

Merging fashion with data, the future of e-commerce 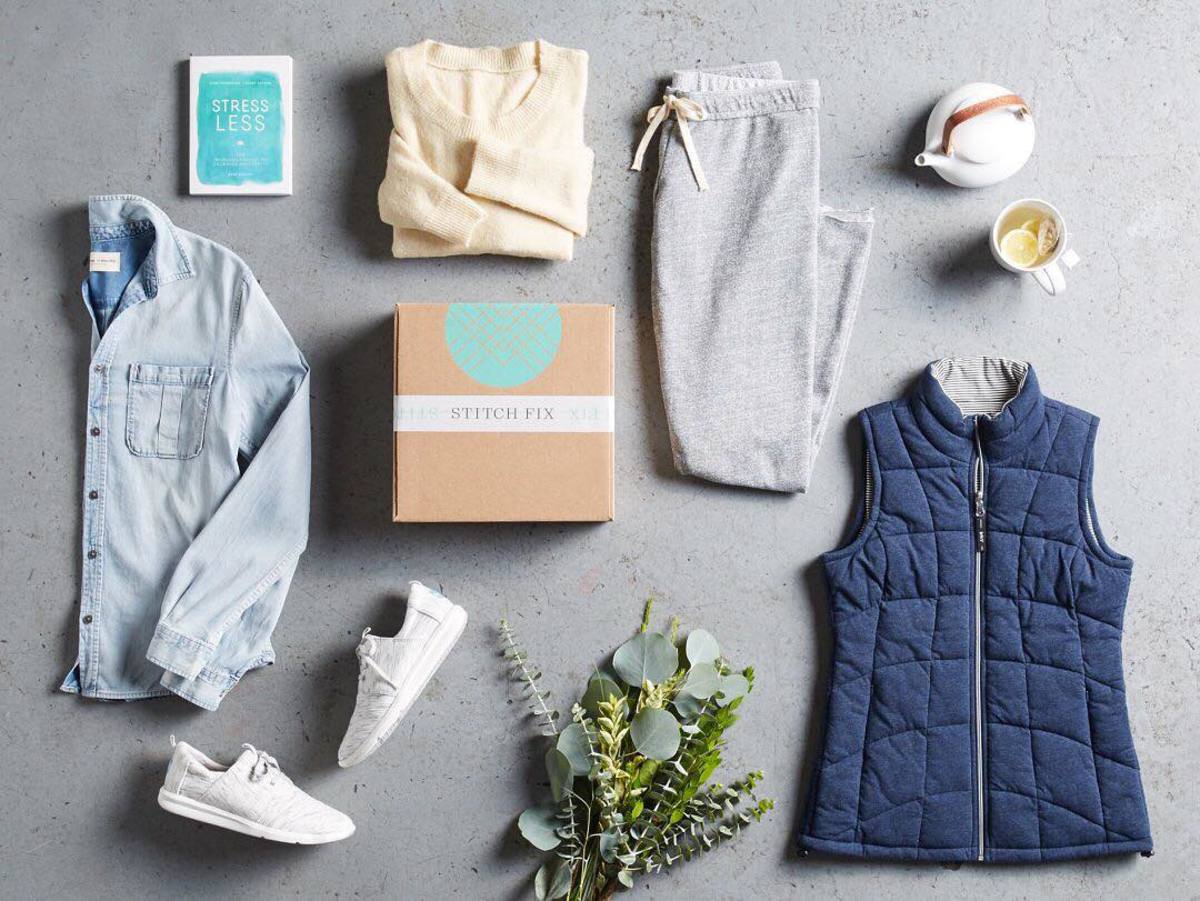 "I felt so strongly that the way people were shopping was not going to be the future. I was like, there’s no way that the future of buying jeans is going to be spending a day at the mall or even searching online," Lake said in an interview with The Cut. "Searching online for jeans is a ridiculously bad experience. And I realized that if I imagined a different future, I could create it."

Lake wanted to forge the future of retail. Prior to founding Stitch Fix, she worked as a consultant in venture capital. That’s when she realized that no one had successfully merged fashion with data.

In 2011, Lake set out to create a personal shopping website. At first, she used SurveyMonkey to keep track of her customers’ preference. She delivered the clothes to their homes and took a $20 check to cover the styling fee. That wasn’t the most efficient way to run the burgeoning business, but it got things off the ground. Then, in early 2012, Lake was introduced to Eric Colson, then the VP of Data Science & Engineering at Netflix.

By 2013, with Colson as chief algorithms officer, Stitch Fix was thriving. Colson’s experience in data science helped the company collect a crazy amount of data on its customers. Stitch Fix claimed to track body dimensions, pattern preferences, and which clothing customers kept. They could also compare customer data to track patterns and similarities. With all of this info, Stitch Fix was able to deliver very accurate predictions.

But in 2018, a number of class action lawsuits were filed against Stitch Fix, claiming the company violated federal securities laws by making misleading statements about its prospects for growth, plans for advertising on television, and overall profit. The class action complaints were filed on behalf of company shareholders. That June, the company announced that the client base had grown by 30% in Q3. However, the next quarterly report in October revealed that its client base had only grown by 25%.

In the midst of the 2020 pandemic, Stitch Fix announced layoffs for 18% of its workforce — including stylists and data scientists — amounting to 1,400 employees. This job listings graph shows that openings were down more than 41% prior to the pandemic, and it’s only gotten worse since the start of COVID-19.

Stitch Fix’s stock jumped 27% last month after declining by nearly 60% during the March lows. The apparel industry is slowly rebounding, along with booming e-commerce demand.

Lake expects continued market share gains with new enhancements on the way, like a “direct-buy” program. But, as another COVID wave looms, things could change. Time, and Stitch Fix’s ability to evolve its business model, will determine the company’s future.