The ambitious, bold and hungry start their week with The Business of Business!
Innovation
12.12.18   1:59 PM Innovation

It's the 12th day of December, which is the 346th day of the year. That leaves us with 19 more days in 2018. Happy birthday to footballer Victor Moses, American football player T.J. Ward, and American actress Mayim Bialik. Be safe out there. 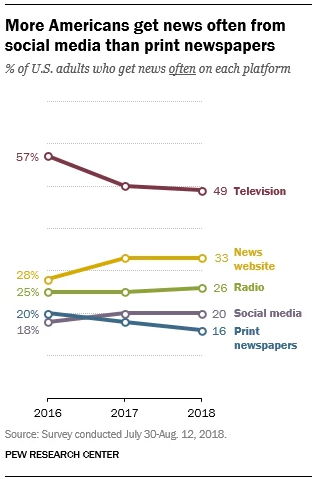 The percentage of American adults who get their news from print newspapers, according to a Pew Research study. This year's study officially put social media websites in front of print for the first time, as adults 18-49 are turning to Twitter ($TWTR) and Facebook ($FB) for news more often than a newspaper. Newspapers still get plenty of play around adults ages 65+; 39% of adults in that age group turn to newspapers often for news, compared to just 8% for social media.

That's how much Tyler Perry spent to pay off the layaways for about 1,500 at Walmart as a simple holiday gesture of good will. "I know it's hard time and a lot of people are struggling," Perry said. "I'm just reall really grateful to be able to be in a situation to do this." 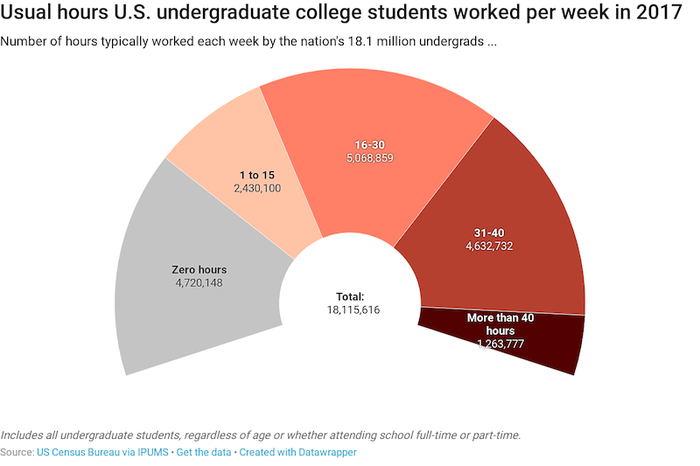 In 2017, 1,263,777 undergraduate college students in the US reported that they worked more than 40 houts per week. The largest segment, 5,068,859 say that they work 16-30 hours per week. So much for that chill college life. The above visualization was created by a Reddit user.