The ambitious, bold and hungry start their week with The Business of Business!
Markets
6.26.18   2:50 PM Markets

How Lululemon and Under Armour are saving the fashion industry

Once the stuff of gyms and fields, brands like Adidas, Lululemon, and Under Armor are now leading sales and trends in the fashion industry.

Athleisure is not a fad. It is not a trend. Athleisure is here to stay. How do we know? The growth of this segment of the retail sector far outpaces apparel as a whole, and it's being led by two relative upstarts: Lululemon and Under Armour. Athleisure has replaced jeans and t-shirts as the new casual. So how did this happen?

For the past couple decades, fitness and nutrition awareness have been on the rise in American culture. This has made athleisure –a strange hybrid of athletic wear and business casual –the biggest growing segment of the apparel industry. In 2015, retail sales overall were flat, but sales of athletic apparel was up 12% according to Fortune. Even more impressive, a report published by Global Industry Analysts, Inc. states that the global market for athletic apparel is projected to reach $231.7 billion by 2024.

Gone are the days when dress codes prevailed. Today, brands like Nike, Adidas, Lululemon, and Under Armour thrive not only because of fitness trends, but because Americans have embraced dressing down and being comfortable. Athleisure is a broad category that is made of athletic apparel that can be worn outside of the gym—like yoga pants or sneakers with suits.

It’s big business. Nike, Adidas, Lululemon, Athleta, Under Armour and others are all seeing healthy profits while traditional clothing retailers like Abercrombie & Fitch, Gap, and J.Crew are struggling. Fewer people are shopping at malls as mall landlords look to re-invent them as lifestyle destinations (instead of simply shopping retreats). People are spending less on clothing overall. When they are shopping for clothing, they are looking for discounts. Fast fashion, discount stores, and Amazon are stealing customers from traditional retailers. In the period from 2008-2015, sales of athletic apparel boosted the entire apparel industry by 4.1% on average. Take the athleisure out of the equation and that number shrinks to 0.2%. Basically, the public’s love of yoga pants, leggings, running skirts, and other athletic wear is fantastic for sales — especially in women’s apparel—unless you’re a business selling regular clothing.

Traditional retailers are struggling to understand the disparity in sales numbers. A few years ago, J.Crew blamed its slumping sales on not having the right cardigan in its collection. Banana Republic blamed its slump on a blazer with armholes too small for the average American woman to fit into. But the truth is more basic. It’s all about the denim. Skinny jeans have been the go-to silhouette for denim for more than a decade. Why go out and buy new jeans if you already have several pairs in your closet? Retailers think that a lack of newness is what is keeping women from refreshing their wardrobes. But, once again, retailers miss the mark.

Meanwhile, shoppers are not out shopping for denim. They want something more comfortable. Something stretchier. Something they don’t want to change out of the moment they get home. This easily explains the rise of yoga pants, leggings, and the entire athleisure category.

Lululemon ($LULU), the Vancouver-based cult favorite, is one of the smaller players in the game with just over 700 stores worldwide. In early June, its shares surged to a record high after first-quarter results topped expectations. The company reported a 25% jump in quarterly sales with $649.7 million. Lululemon’s gross margin widened as the brand rarely has sales on their merchandise. The Lululemon faithful happily shell out $98 or more for a pair of leggings. 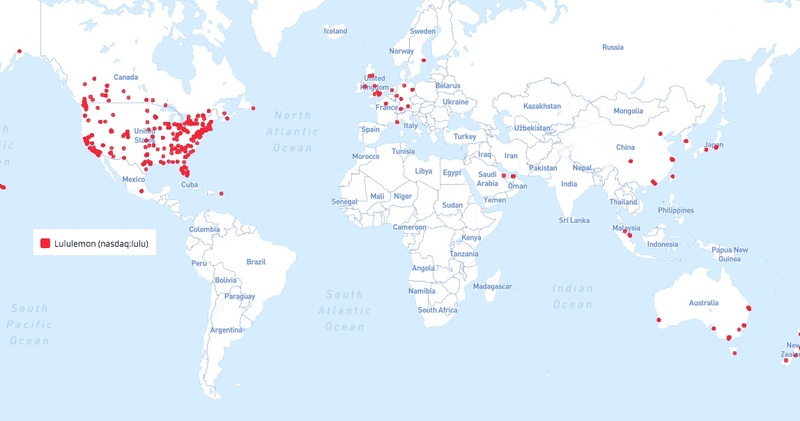 Second, the company has placed its focus on activities other than yoga. The brand has made big headway into running apparel and hosts an annual half marathon in Vancouver each year. This growth potential takes what has been a niche player until now and puts it in line with the industry behemoths Nike, Adidas, and Under Armour. Only Under Armour ($UA) has fewer dedicated retail stores—168, but it has a wealth of deals to sell its merchandise in other retailers. Nike has 2.26K stores in some form, and Adidas dominates with 4.9K stores. 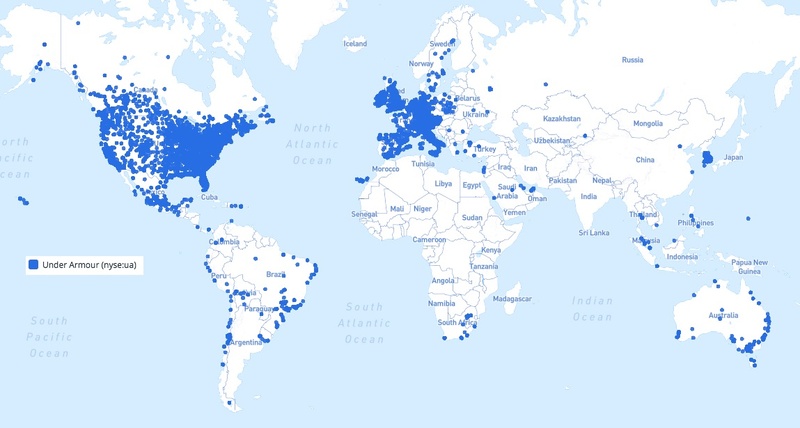 Athleisure is a lifestyle shift. Not a fashion trend. And it is big business.