The ambitious, bold and hungry start their week with The Business of Business!
Innovation
11.2.18   7:16 PM Innovation

Lime had a consistent rating around 5-stars on the App Store with over 100,000 reviews in October.

In New York City, the most populated metro area with a crumbling public transportation system, Citi Bike ($C) has dominated the market for an alternative form of transportation since it first launched in 2013. The bike system costs subscribers $165 a year for an annual subscription of unlimited rides of up to 45 minutes, but special rates are available for Citi Bank cardholders and other participating companies.

However, the system is not without its problems. The program's docking stations limit the coverage area of the service, and its essential monopoly — the contract it has directly with the City of New York — gives the appearance that it is the only option for those who want to get around the city by bike without bringing their own.

That all could change after a successful New York City Department of Transportation pilot program for Lime ($PRIVATE:LIMEBIKE), the dockless bicycle and scooter sharing startup that raised $335 million in its latest funding round. As it is still in the hunt for a program focusing on alternative modes of transportation in the outer boros, Lime recently doubled its fleet and could fill in crucial holes in the metro area where Citi Bike docks are well out of reach.

Not only that, but its general userbase, which is spread across the country, is absolutely loving its platform, according to Apple App Store data

During the month of October, Lime received 111,270 reviews of its app, which is how its users access its fleet of bikes and scooters. At the same time, its app rating kept steady around 5-stars, a feat that very few apps with hundreds of thousands of reviews keep in their lifetimes.

In fact, since Thinknum began tracking Lime's app on July 3, 2018, it has yet to dip near a 4.5-star rating while also seeing its review count — and by proxy its userbase — soar.

Meanwhile, Citi Bike currently has a 4.6 star rating, with users complaining of the service's limitations through its docking system. 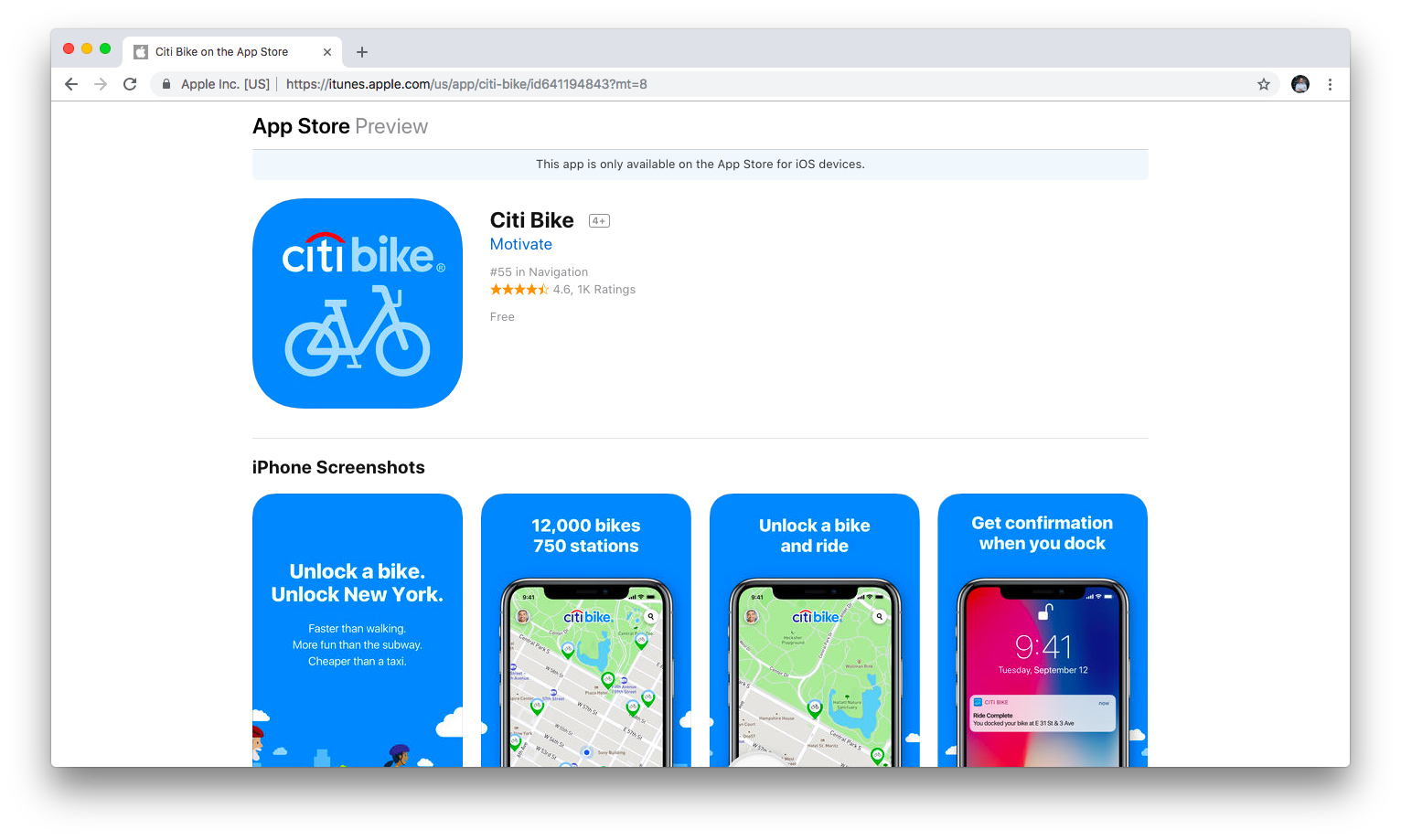 One reviewer, who anonymously reviewed the service in general rather than just the app, voiced displeasure as a midtown worker, finding it difficult to dock bikes in the morning and get one for the commute home.

"I find myself wandering from station to station, chasing shadows, hoping the one or two bikes the app tells me are left are still available by the time I get there," the reviewer said. "It’s yet to happen." 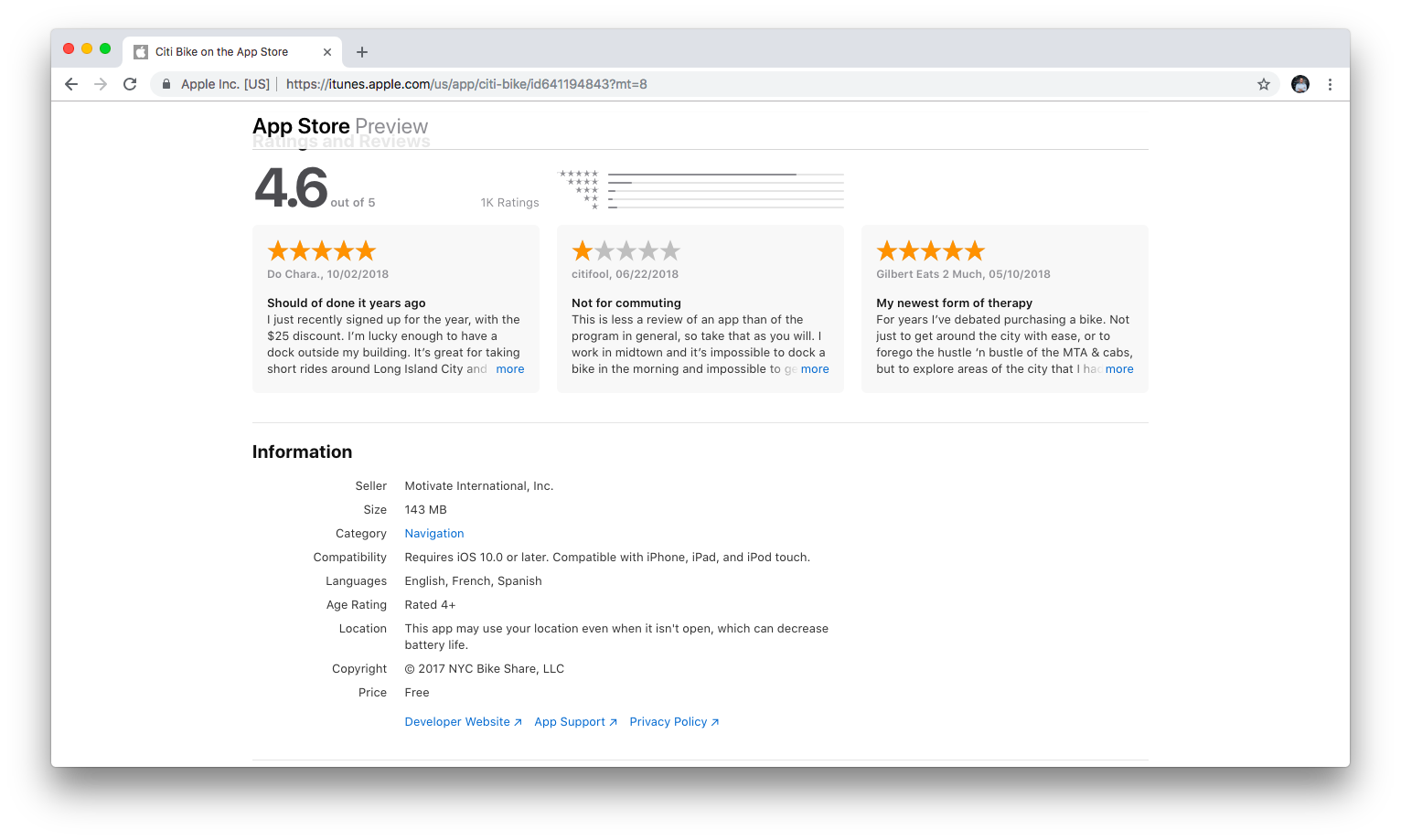 Although Lime is still in its infancy and Phil Jones, East Coast government relations senior director, said he doesn't see the service replacing already established modes of transportation, it is still among one of the consistently highest rated apps on the App Store today. And that, at least, gives the budding unicorn company some room to run among commuters, tourists, and the general population of New York who want another way to navigate the concrete jungle.