The ambitious, bold and hungry start their week with The Business of Business!
Innovation
5.15.18   2:52 PM Innovation

Is Tidal faking app reviews, too?

Under fire for allegedly faking stream numbers, app-review data suggests the company could be gaming iOS and Google play numbers, too.

Tidal ($PRIVATE:TIDAL), the streaming platform partially owned by rapper-entrepreneur Jay-Z, is under fire for allegedly faking hundreds of millions of music streams, according to a report from NPR.

Norwegian paper Dagens Naerginsliv (DN) got its hands on a hard drive that is says contains internal Tidal play data. According to the paper, the play data shows that Tidal has been padding play numbers by massive amounts. In one case, the data showed that a user played Beyoncé's Lemonade 15 times in one day. The paper asked that user about her activity on Tidal, who replied "I love Beyoncé - but 11 hours? No."

The report claims that Tidal faked 320 million streams. That's not only a lot of revenue - as artists are paid per stream - but also hurts smaller artists on the service who compete for said revenue. It also could lead to masjor fissures in trust on the part of Tidal users.

This is a smear campaign from a publication that once referred to our employee as an "Israeli Intelligence officer" and our owner as a "crack dealer."
We expect nothing less from them than this ridiculous story, lies and falsehoods. The information was stolen and manipulated and we will fight these claims vigorously.

Clearly, the accusations are damning. If true, it will crush the music service and tarnish the reputations of those involved.

But assuming - and that's a big assumption - that Tidal is indeed gaming stream numbers, is it also gaming app review numbers? Being that Tidal's iOS and Android apps are users' most common touchpoint with the Tidal product outside of the music itself, it follows that the brand would closely monitor - and want to influence - how its product is being perceived.

The app has scored a positive 4.0 out of 5 consistently on both the App store and Google Play.

What's somewhat curious, however, are jumps in ratings counts that coincide with jumps in ratings. This, of course, could be due to a new version that came out around that time. However, Tidal iOS remained at version 2.3.1 until January 25th when the iOS app saw a massive influx of positive reviews. 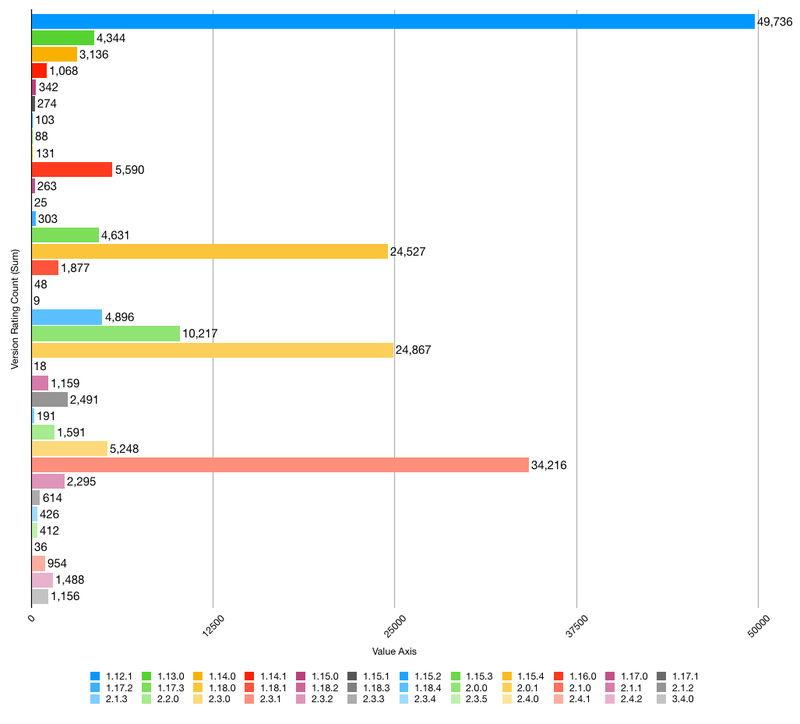 The chart above shows the number of reviews each version of Tidal's iOS app received on the App Store. The average review for versions with rating spikes all scored an average of at least 4 out of 5 stars.

The curious trend is consistent for Tidal's Android app when it comes to review scores and review counts on the Google Play store as well. As you see in the two lined-up charts below, both reivew score and count jump in November, 2017.

We've explained before that Tidal is heavily dependent on large, exclusive releases like the the aforementioned Beyonce's Lemonade and Kanye's Life of Pablo, and more objective Facebook login data supports surges in app usage during those times.

But if that's not enough to sustain the business, and if Tidal is indeed open to cooking stream numbers, it wouldn't be surprising that the company would look to pad app reviews as well. Numerous businesses, like Applytics and Appthurst (which appear to be the same businesses based on copy used on their sites) exist to do just that: allow businesses to buy app reviews and improve ratings. These services promise to flood app platforms with positive bot reviews that are supposedly undetectable with globally diverse IP addresses and timing. They'll eve make up for deleted reviews. 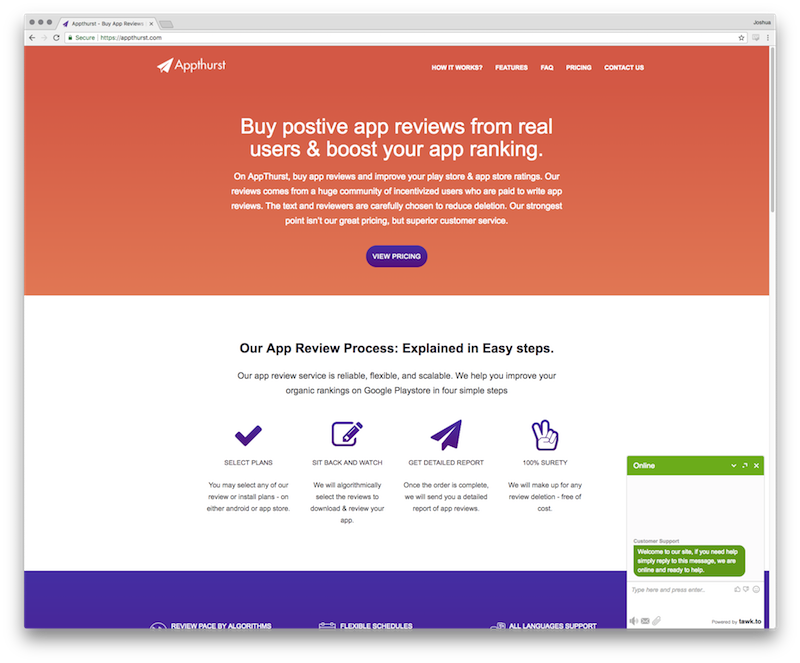 But what they may not have counted on is data trackers like Thinknum that can see the flood of reviews over time and correlate them with swings in review scores.

Of course, it could all be coincidence, but the data does show some curious activity. Given that the app is the company's most-important source of user acquisition, it only makes sense that Tidal would want to control how it is perceived.