The ambitious, bold and hungry start their week with The Business of Business!
Innovation
3.17.22   9:23 PM Innovation

Is this the decade when flying cars get off the ground?

Startups like Volocopter are raising capital and promising to revolutionize mobility by taking to the skies. Here’s how the air taxi company is planning to grow.

Flying cars have been a staple of sci-fi properties for decades, from Blade Runner to The Jetsons. But even as other gadgets commonplace in sci-fi have become common, (Star Trek communicators are cool, but I’ll stick with my iPhone) personal air travel has remained elusive. Even our packages are stuck on the ground, despite Jeff Bezos saying Amazon would be harnessing a fleet of drones in “four to five years” back in 2013.

Volocopter is one startup working to usher in the future of personal air travel. The German company’s electric vertical-takeoff-and-landing (eVTOL) VoloCity vehicles are less like flying DeLoreans and more like tiny, electric helicopters designed to ferry two passengers short distances. The company has also designed VoloConnect vehicles designed for longer distances, which combine the VTOL rotors from the VeloCity and propulsion motors like the kind you’d find on typical planes (but electric, of course).

Other startups are also looking to bring eVTOL vehicles into the mainstream: They include Joby Aviation, Lilium, and Beta.. However, Volocopter recently got some powerful momentum behind it. The company announced a $170 million funding round and is now in full-on expansion mode. Volocopter's appetite for talent has surged, according to job listing data provided by our parent company, Thinknum.

Over the past year, its headcount has grown substantially, according to data gathered by Thinknum from LinkedIn.  The company now has about 500 employees, up more than 100% from a year ago, the LinkedIn data shows.

Who does an air taxi company hire when it has $170 million to burn? The answer provides clues to the challenges facing eVTOL startups. In order to operate in dense, urban areas, the vehicles will have to be quiet, so Volocopter is looking for an engineer specializing in aircraft acoustics.

With room for only two passengers, the vehicles would ideally be autonomous, and not having to pay for a pilot for every flight would keep costs down, too. Sounds like the job for an automated flight engineer.

Volocopter job listings include positions focused on battery technology and testing, as batteries have only made marginal gains in the past few decades, to the chagrin of many electric vehicle companies. Volocopter must also navigate the tricky regulations for aircraft, and is looking to hire additional legal counsel. 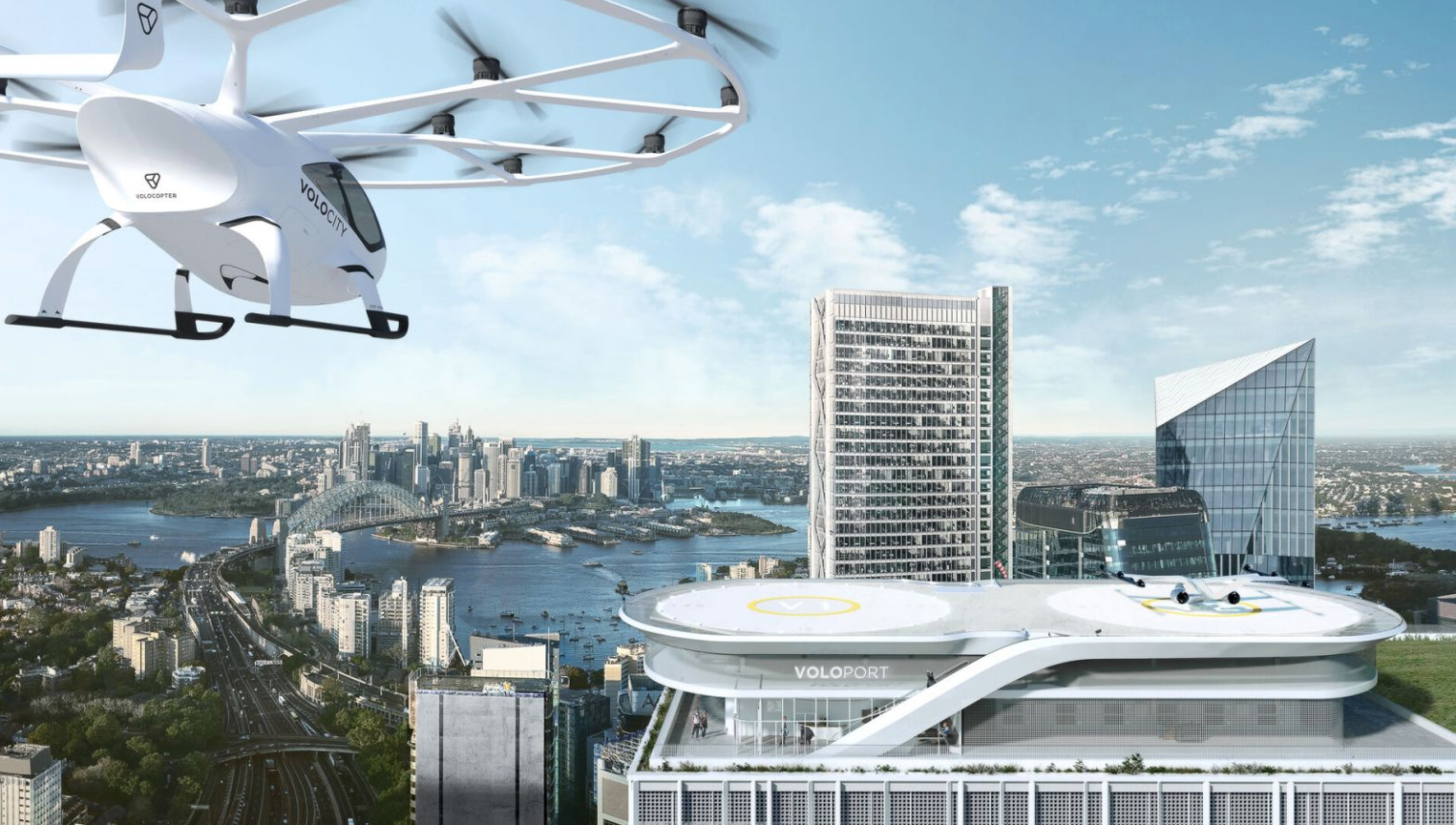 A rendering of a Volocopter vehicle heading for an uban landing pad.

Could the sci-fi future commuters have dreamed about finally be close? Volocopter hopes to launch commercial flights by 2024, though those flights will likely be piloted and not autonomous for safety purposes. Volocopter’s vehicles have had over 1,000 successful test flights, but in order to make it to market, it will have to navigate around significant technological, legal, and logistical hurdles — and do it faster than its competitors as well.