Here's how much foot traffic spiked at Walmart, Target, and Costco in the past week

Last week and into the weekend, social media was rife with images and videos of stripped-bare retail shelves as consumers headed to their local bix-box retailers to stock up on self-quarantine necessities like toilet paper, sanitizer, and canned goods. Because people were posting updates from various big-box retailers, we were able to observe a steep uptick in foot-traffic via Facebook "Were Here" count data. This count measures the number of status updates, selfies, and comments posted from retailers.

What we saw at the largest retailers is emblematic of the panic buying currently occurring throughout the world as people hunker down for the coronavirus outbreak.

At Walmart ($WMT), customers grabbed everything they could, sending foot traffic numbers soaring across its thousands of locations. As of March 13, Walmart's "Were Here" count was 22,248,826. Just a month ago, that count was 22,103,140. That's a 145,686 gain in selfies and status updates in that time, with a marked increase in the past week. For comparison sake, in the previous month, Walmart picked up 83,245 Were Here counts. In just 3 days from March 10 to March 13, Walmart's Were Here count jumped by 40,893. 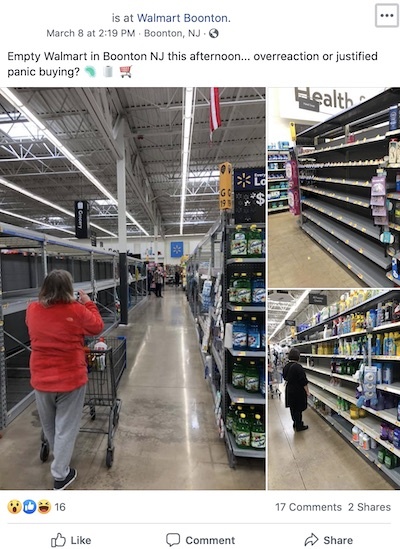 Sam's Club, the warehouse giant — and part of the Walmart monolith — saw its own share of foot traffic pickup in the past few days. As of March 13, Walmart's "Were Here" count hit 3,222,674 up 30,318 from a month previous. But in just the past three days, it picked up 9,517 of those selfies, check-ins, and status updates. 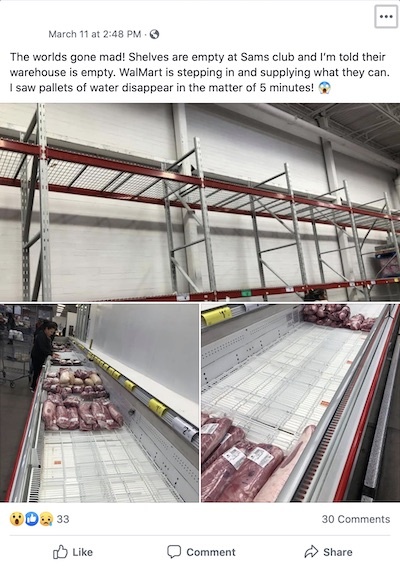 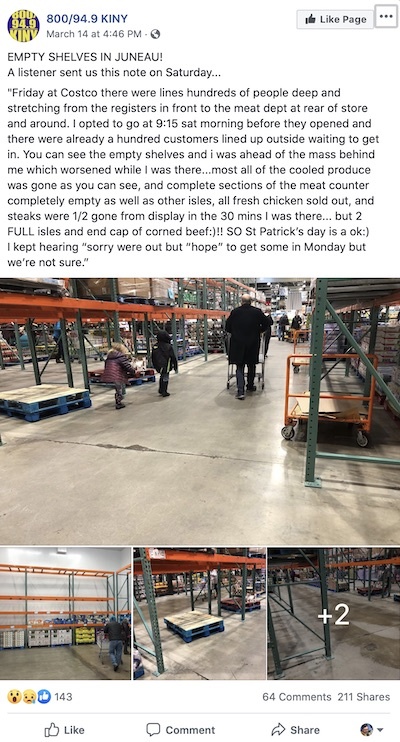 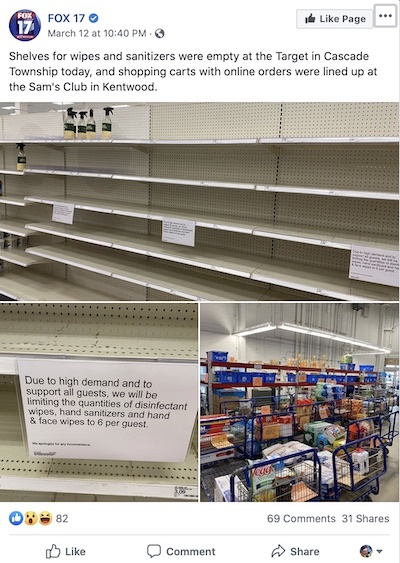 We're likely to see these numbers grow over the past three days as that data comes in from the weekend. When it does, check back for an update. In the meantime, be safe, and only buy what you need.