The ambitious, bold and hungry start their week with The Business of Business!
Innovation
12.10.20   5:00 PM Innovation

It’s uncommon, but data show that it does happen.

The pay gap between men and women is part of an ongoing discussion about labor and equality. Organizations from the Peace Corps to the American Academy of Arts and Sciences have extensively tried to combat women’s unequal representation in the workforce, especially when it comes to pay. The tech industry in particular is a notoriously male-dominated field. Women only make up 14% of software engineers and 25% of workers in any type of computer science job. We analyzed the 2017 salaries of over 400 individuals holding the title of Software Engineer at 39 federal, state, and local public employers across the US, as reported by GovSalaries.

But, based on our findings, gender pay disparities aren't black and white across the board. There are some fields and sectors where women’s base salary is actually higher than men’s. The data is limited to highly specific sectors and types of employment, but could indicate broader attempts to equalize women’s pay in the workplace. 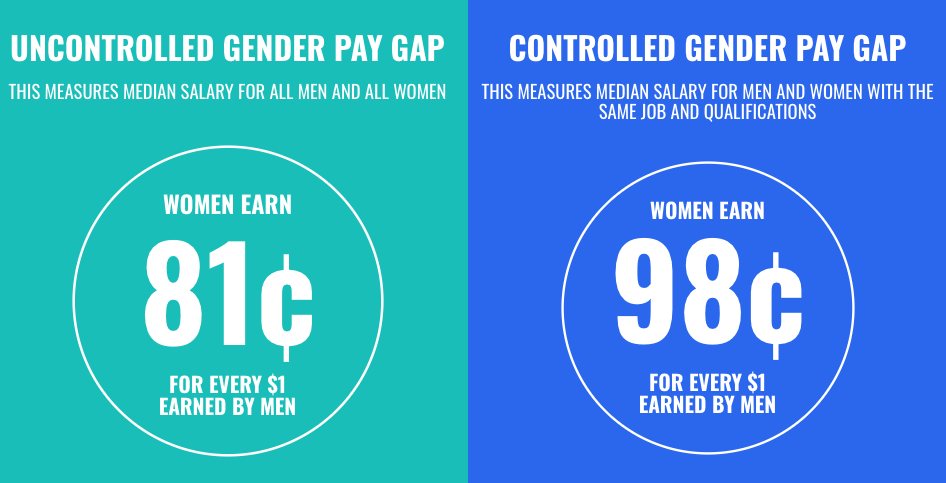 The growth of women in tech

Female underrepresentation in the tech workforce seems entrenched. The proportion of women in the industry has remained quite flat, only increasing 2% over the last 20 years. But further data investigation reveals a complex picture of men’s versus women’s representation and pay, in which female representation and the gender pay gap vary substantially by employer. Surprisingly, most of the employers in our analyses paid women higher salaries than they paid men.

For software engineers in the public sector, the gender pay gap is reversed

For our first analysis, we excluded the University of Washington, a public research university that provided half our data points. Excluding this employer created a more balanced sample of tech teams, types of public employers, and regions of the U.S. Women in this first group were comparatively well-represented in the job role within the industry, being 30% of all software engineers.

It’s worth noting here that public sector jobs tend to pay less than the industry overall: the average software engineer salary across the industry is $92,046 according to Glassdoor and $107,375 according to Indeed.

In yet another data set, we learned that the gender pay gap varies significantly between employers, and that not all female software engineers in the public sector are outearning men.

Take the example of the University of Washington: Software engineers there made a mean salary of $101,643 and a median of $104,000 in 2017, higher than those at most of the other public employers. Women made up only 17% of the software engineers and earned considerably less than men with the same job title. While men earned a mean salary of $104,140, women earned a mean salary of $91,882. The men’s median salary was $105,100, while the women’s median salary was 13% lower at $98,300. In other words, the median woman working as a software engineer at the University of Washington earned 88 cents in salary for every dollar of salary earned by the median man with the same job title at the same university in the same year.

Is transparency the solution?

PayScale’s analysis suggests that pay transparency could help close the gender wage gap. Greater scrutiny of individual employers such as the University of Washington may pressure these employers to pay software engineer salaries according to a more consistent formula, as well as improve their gender ratios.

However, the PayScale analysis has its limitations. It measures salary transparency for individual job titles, a pay discrepancy that explained only a small proportion of the gender wage gap found in their study. Evening out rates of job promotion may matter more.

Furthermore, salaries may be the most studied component of pay, but bonuses, equity, and other awards can contribute even more to earnings. These are also likely to be major contributors to the gender pay gap.