The ambitious, bold and hungry start their week with The Business of Business!
Crypto
3.16.22   4:14 PM Crypto

Crypto donations pour in to Ukraine: here’s where they’re coming from

We analyzed public data available on the blockchain to find out the trends and who's involved.

In the midst of Russia’s invasion of Ukraine, global support has mobilized for Ukrainian citizens and resistance efforts — sometimes in surprising ways. On Feb. 26, Ukraine’s Deputy Prime Minister Mykhailo Fedorov tweeted that Ukraine would begin accepting donations in Ether, Bitcoin, and Tether. Ukraine has solicited private donations for military efforts before, when Russia invaded Crimea in 2014, but Fedorov’s announcement marks the first time any major government is accepting donations in cryptocurrency.

There are logistical benefits to Ukraine’s move. Crypto transactions are generally faster than foreign wires, so funds are available more quickly, and while the National Bank of Ukraine has imposed severe restrictions on withdrawals and transfers within the country, crypto transactions aren’t subject to the same limitations.

The nature of the blockchain powering these cryptocurrencies provides another benefit: since each transaction is visible to the public, the donated funds can be tracked more easily than those of any comparatively opaque NGO operating in the region. Although it can be tough to tie crypto wallets to the real-life identities of donors, data from the blockchain provides insights into donors’ behavior.

Besides accepting Bitcoin, Ether, and Tether, the three biggest cryptocurrencies by market capitalization, Ukraine accepts donations in Monero and has recently begun accepting the “meme coin” Dogecoin. Related relief projects have allowed crypto enthusiasts to donate in other tender, or swap their existing coins to one of the currencies Ukraine is accepting.

Ukraine’s Deputy Minister of Digital Transformation Alex Bornyakov recently tweeted an infographic showing how donated funds are being used by the Ukrainian government. According to his data, donors have paid for over 400,000 packed lunches and more than 5,000 bulletproof vests for the Ukrainian Army.

Although crypto is definitely flowing to Ukraine, crypto donations were a bit slow to start, and their volume has tapered off in recent days, according to blockchain data.

The Ethereum blockchain showed a spike in donations between March 2 and March 3. The government of Ukraine received the equivalent of nearly $10 million USD in ether over that two-day period alone.

Donations totaling at least 6,389.69 ether (over $17 million USD) have come from at least 65,078 different wallets, which puts the average donation per wallet at around .1 eth, or about $265 at the time of publishing. Bitcoin donors, meanwhile, contributed about $840 per transaction, for a total of at least 315.58 bitcoin, or nearly $13 million USD.

As for Tether, a total of 2,040 wallets contributed the equivalent of nearly $7 million — less than the total of the other two chains, but with an average donation of about $3,400, significantly more than the other blockchains.

While some of those pie chart slices may seem like gibberish, each of those strings of letters and numbers represents a single crypto wallet. Some of those wallets handed over their whole donation in a single transaction, such as the wallet belonging to Deepak Thapliyal, the CEO of crypto startup Chain, while others had hundreds of transactions. One wallet may not represent just one person. Some of the top donating wallets, for example, are associated with the Coinbase exchange, acting as intermediaries for individual donors.

The top donor seems to be a wallet associated with the FTX crypto exchange. However, the company behind the NFT project Bored Ape Yacht Club represents the bulk of that donation, as it donated the equivalent of $1 million USD to Ukraine.

Some donations are not captured by our data, which only include donations made directly to the Ukrainian government’s crypto wallets. The crypto charity UkraineDAO, in collaboration with activist group Pussy Riot, auctioned off an NFT of the Ukrainian flag for a total of $6 million USD which was then donated to Ukraine, for example. The streaming platform OnlyFans contributed 500 eth, around $1.4 million USD, to that effort.

Reli3f, another charity project, sold an NFT collection to raise money for Ukraine. The collection sold out in 30 seconds, raising the equivalent of $1 million USD. 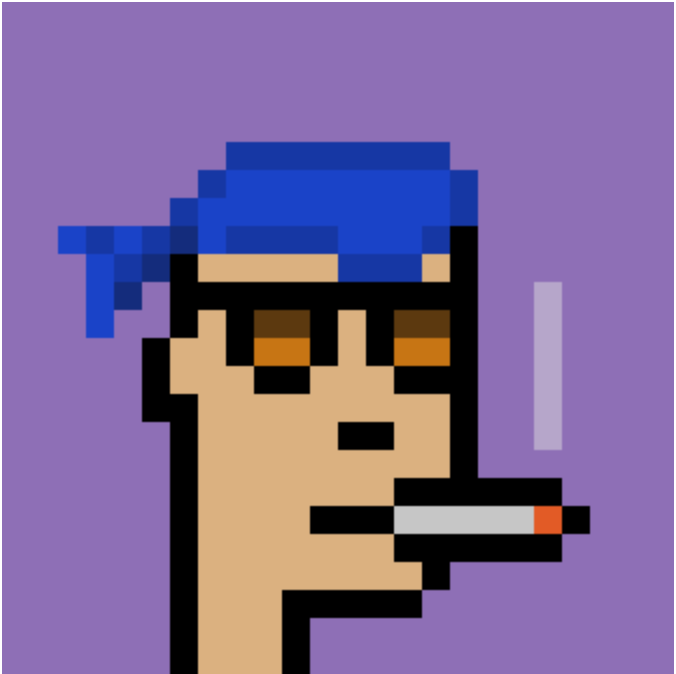 Ukraine’s Ethereum wallet received this CryptoPunk NFT, worth around $180,000 USD.

Ukraine’s ethereum address has also received hundreds of NFTs, including a CryptoPunk, a member of one of the most valuable NFT collections.

Numerous crypto charity efforts are still being organized. It remains to be seen whether or not the Web3 community will be able to continue to generate support for charity efforts as the conflict in Ukraine continues.

Ukrainian officials appear optimistic about the fundraising effort so far. On March 4, Federov tweeted “The Crypto Fund of Ukraine raised $50M in crypto in a week to support #Ukraine 👊🏻 An incredible unity before Putin's encroachment on freedom and democracy. Aiming for $100M this week. We WILL win!”