The ambitious, bold and hungry start their week with The Business of Business!
Markets
11.15.18   9:17 PM Markets

In Paradise, California, the largest town affected by the Camp Fire 200 businesses are tracked and listed as open.

Over the past week, the Camp Fire in Northern California killed dozens of residents, destroyed thousands of homes, and burned tens of thousands of acres.

In Paradise, California (95969), the largest town affected by the blaze, 200 businesses are tracked and listed as open. Of these, 76 are places with Optimum WiFi hotspots ($ATUS), which were being used in public areas and around other businesses.

Stores that sell e-cigarette products were most affected by the blaze, as there were 19 retailers that sold blu ($PRIVATE:BLUCIGS), VUSE ($LON:BATS), Logic ($PRIVATE:LOGICVAPES), JUUL ($PRIVATE:JUUL), PAX Vapor ($PRIVATE:PAXVAPOR) or a any combination of the five products. 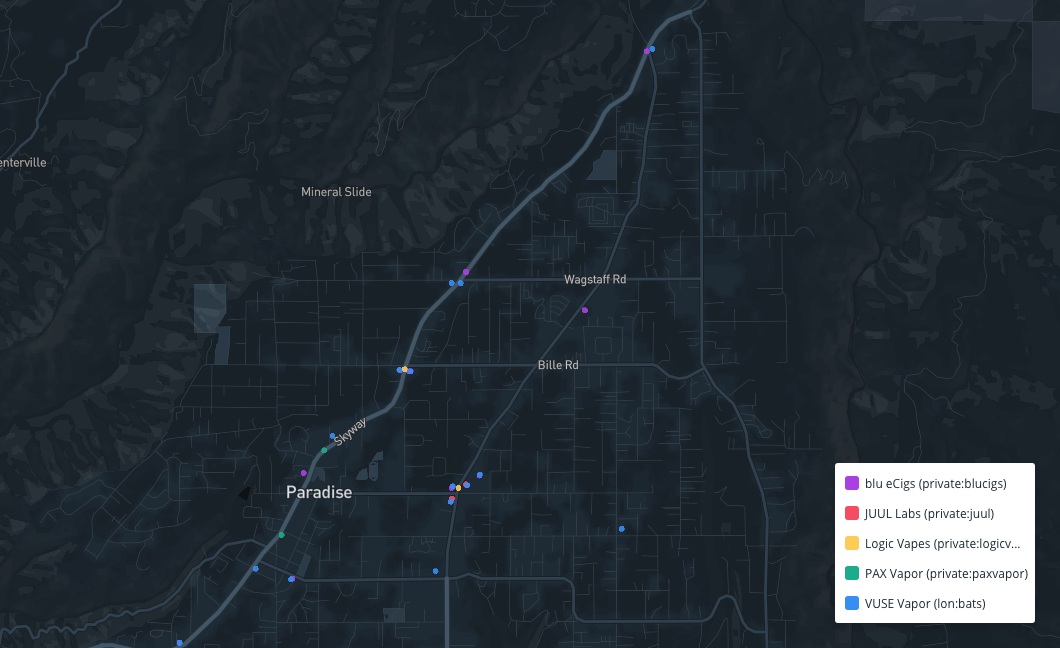 These distributors ranged from pharmacies, such as Rite Aid ($RAD), to local smoke shops and convenience stores.

Auto-related businesses, such as Shell gas stations ($LON:RDSA), Jiffy Lubes, and NAPA Auto Centers ($GPC), also had several locations right in the middle of the fire. 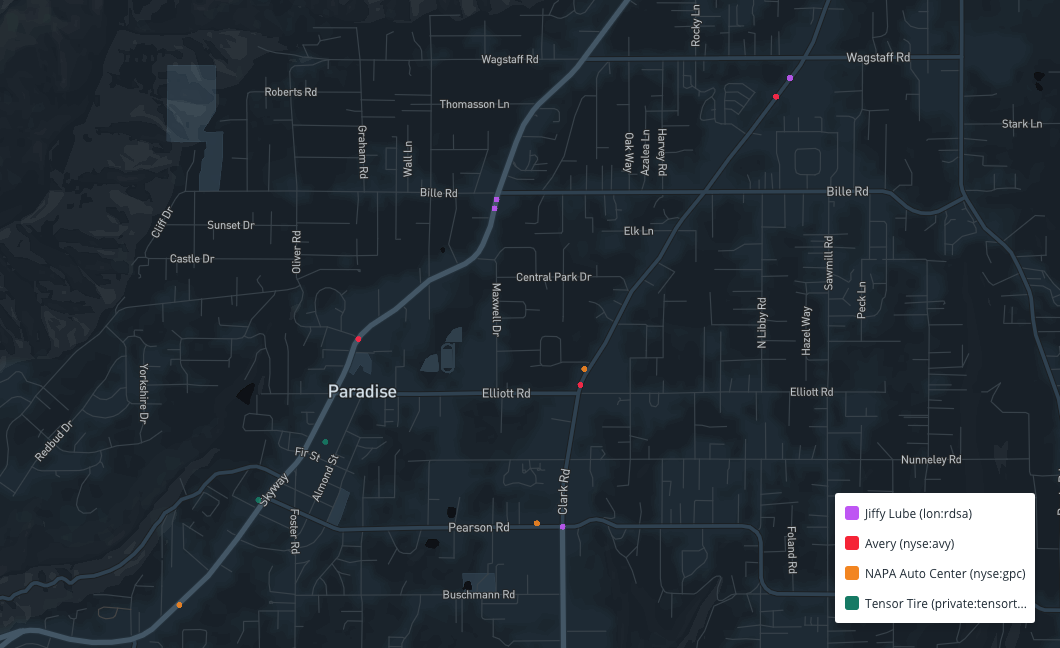 Local news outlets are reporting that the fire will not be fully contained until November 30. While the true damage to these businesses is yet to be determined, the main issue, of course, are the victims — the residents of Paradise and surrounding areas — and their families.

It’s pretty clear that Riverside.fm has some momentum behind it. We decided to take a closer look to learn more about how this app works and what’s driving the interest.
Alex Yalen
12.2.21   11:07 PM
Innovation

China is trying to rein in Big Tech. Here are 5 things you need to know.

The pair delivered remarks on the future of crypto at a conference in El Salvador, the first country to make bitcoin legal tender.
Jonathan Laguán
11.30.21   7:55 PM
Innovation