The ambitious, bold and hungry start their week with The Business of Business!
Innovation
9.18.18   5:26 PM Innovation

As the company migrated career site hosts, it also scrubbed some very curious positions from its listings.

Last month, we reported that SpaceX ($PRIVATE:SPACEX) had opened several positions with the term "BFR" in their titles over the summer, indicating that the company was creating a Big Falcon Rocket-focused team.

But as of earlier this month, it looks like those positions have been scrubbed from SpaceX's job listings: either due to a changed hiring plan or because the company found the people it was looking for.

It's a curious development, especially given that last night, SpaceX announced that it would fly Japanese billionaire Yusaku Maezawa around the moon on the Big Falcon Rocket.

The BFR job listings all disappeared on the same date: September 6, 2018.

Every day since July 12, the company listed at least two job openings for the BFR team, mostly Mechanical and Build Engineers. 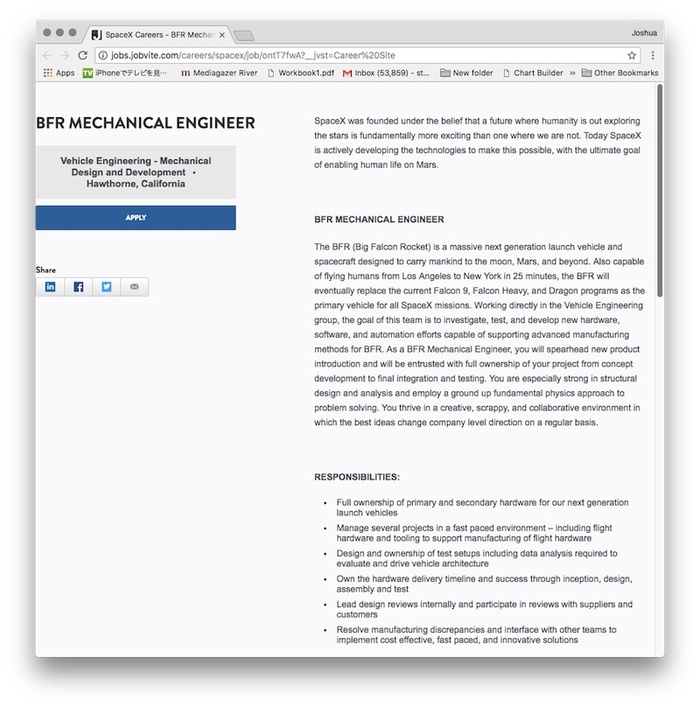 Around the same time that the BFR job listings disappeared, SpaceX moved its careers site from one powered by Jobvite to one hosted at Greenhouse.io. It's possible that during the migration, the company took a moment to scrub job listings for relevancy and need.

Indeed, one job remains on SpaceX's new careers site that mentions BFR, a "Falcon Build Engineer" that groups the position into a team that would be working on a slew of SpaceX rockets, including the Falcon 9, Falcon Heavy, and the aforementioned BFR. 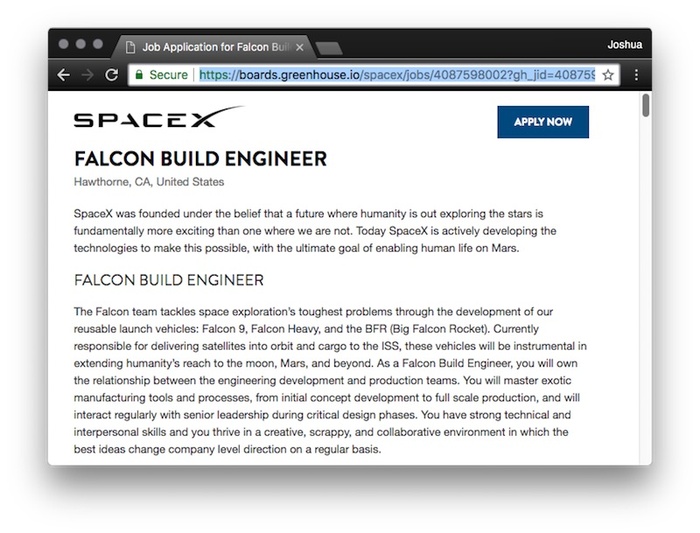 Given the recent manned moon-launch announcement along with no signs of slowdown in SpaceX's hiring patterns, it's likely that this is all simply a change in job title taxonomy at the company. Either way, it's an interesting look at how the company is hiring as it continues to hurtle toward the future of space travel.