The ambitious, bold and hungry start their week with The Business of Business!
Markets
9.2.20   3:30 PM Markets

Here's how three bankrupt retailers bounced back, and what debt-ridden brands can learn from them

The retail apocalypse was looming, and the pandemic hit it home. How will retailers recover in the face of COVID-19?

The retail apocalypse was looming long before COVID-19 began to spread, but the pandemic certainly sped it up. Now consumers are watching as household brand names, from J. Crew to Neiman Marcus, come to terms with this new reality and restructure. Filing for Chapter 11 bankruptcy doesn’t necessarily mean saying goodbye to our favorite brands, though. For some, it means a shift in strategy and a new beginning.

“It pains me to say this, but bankruptcy is a growth industry in America,” Ben Schlafman, the chief operating officer at New Generation Research, told the Financial Times. Take a look at three retailers’ comeback stories after filing for Chapter 11. 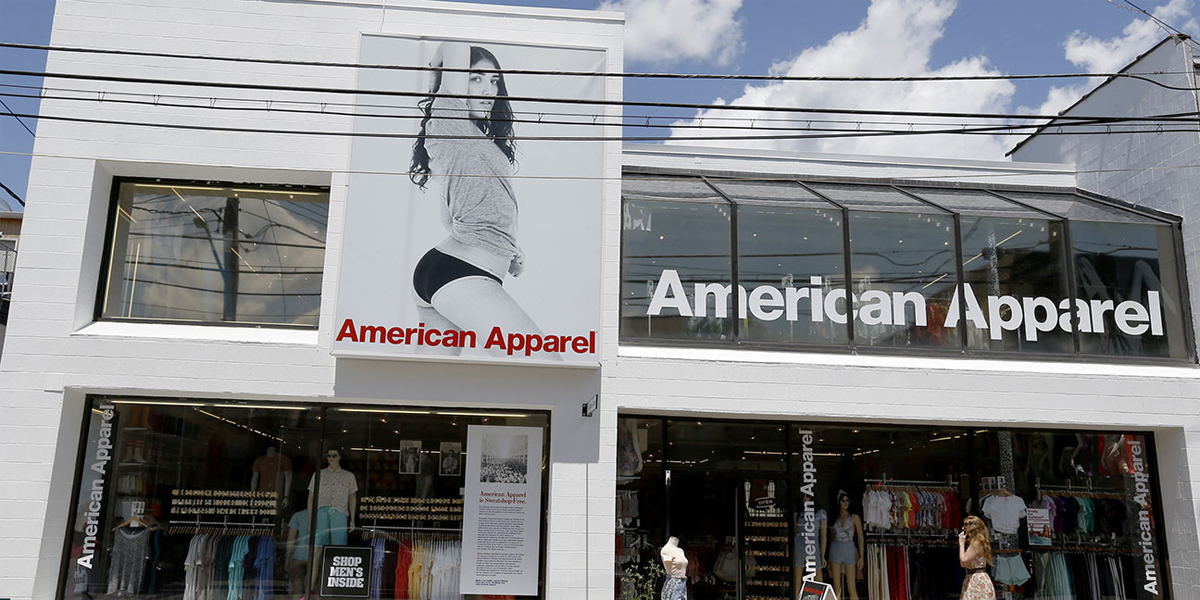 It was a rocky road toward bankruptcy for American Apparel, the clothing company known for stylish basics and ethically-sourced materials and labor. The company filed for Chapter 11 in October 2015, according to Retail Dive, after falling deeper into debt and watching sales plummet. American Apparel also faced  “mounting competition” from fast-fashion outlets that grabbed consumer’s attention (and their wallets) with less expensive options, effectively making American Apparel’s staple products (think: $30 t-shirts) luxury goods. On top of core issues in the retailer’s business model came a scandal: founder and former CEO Dov Charney was accused of sexual harassment. Charney was forced out not long before the company filed for bankruptcy. And let’s not forget the company filed for bankruptcy a second time around in 2016, just a little over a year after their first trip down Chapter 11 lane.

What they did differently: After their first filing, American Apparel’s creditors agreed to pay $70 million in new capital and provide a $90 million bankruptcy loan, Retail Dive reports. At this time, American Apparel had to keep their brick-and-mortar locations open, though that didn’t last too long. The company launched a new marketing campaign, touting (you guessed it) $30 luxury t-shirts among other products, while scaling back its marketing budget. After the second bankruptcy filing, American Apparel was purchased by Gildan Activewear in early 2017.

Then came the closures of the company’s 110 retail locations and a shift in tone; American Apparel would no longer be known for its hyper-sexualized advertising and cheeky brand voice, but instead, stand as a symbol for empowerment. With the closure of its stores also came a new-digital first approach and an even greater focus on going back to basics, considering customers could no longer feel or try on more risqué looks in person. Before going bankrupt, American Apparel prided itself on selling American-made wears (and American-made only). Now, the company outsources, but still maintains a focus on ethically-made and sweatshop-free goods.

Apart from a peak in February, Facebook mentions of American Apparel have stayed relatively flat, which might be a good thing for the brand after reeling from controversy and two bankruptcies. 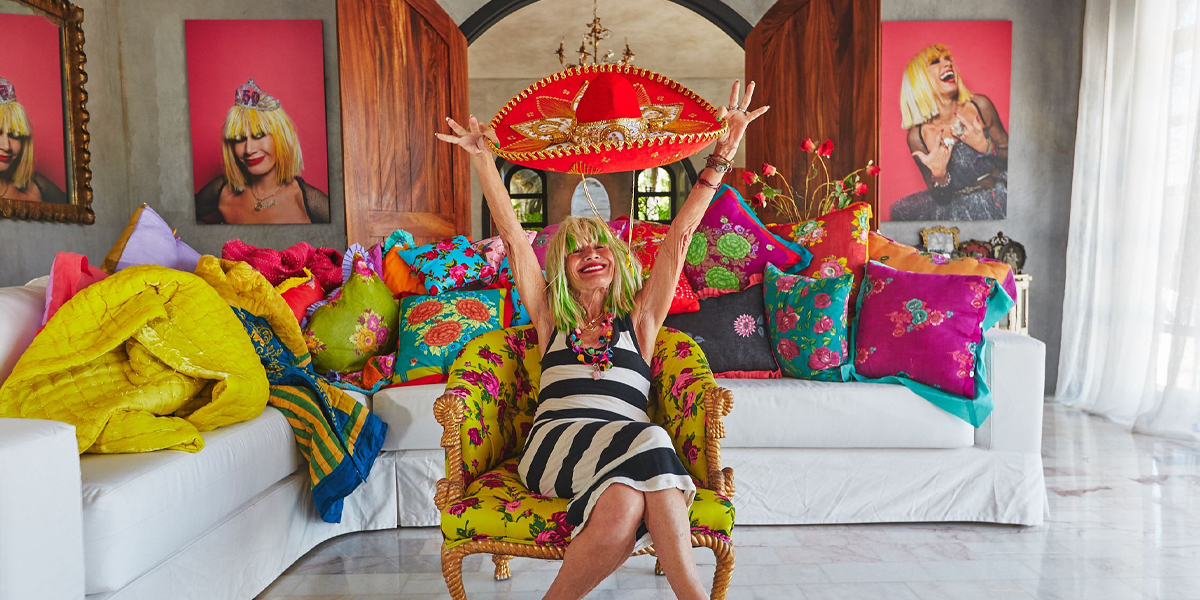 Betsey Johnson has long been loved for her glitzy, eye-catching styles, but admiration for her over-the-top designs wasn’t enough to keep the label from filing for Chapter 11 bankruptcy in 2012. The brand had accumulated millions of dollars of debt — much of which Johnson attributed to stores “knocking off my $250 prom dresses for $49” — yet parent company, Steve Madden, revealed a different reality. "They had delusions of building a huge company and going public so they borrowed a lot of money, they had too many stores, and their rents were too high,” Steve Madden told The New York Times — not to mention the brand had planned to expand in the midst of the financial crisis. Yikes. The combination of pipe dreams and bad timing led to the brand’s (temporary) demise.

What they did differently: With its “severe liquidity problems” and over $4 million in debt, Betsey Johnson closed all 63 of its stores and laid off 350 employees. Tough go. But 2013 brought a new beginning. In typical fashion, Betsey herself toasted her staff members (and the bankruptcy) with champagne and cupcakes, and later launched a lower-price line for department stores like Macy’s and Nordstrom. The line offers clothing and accessories priced between $49 and $249.

Betsey and her daughter, Lulu, even launched an eight-part reality series titled “XOX Betsey Johnson” that same year, with the hope of keeping the brand name alive. While the brand sees some spikes in social chatters here and there, like when Johnson released her memoir in April, year-over-year data shows an overall negative trend. 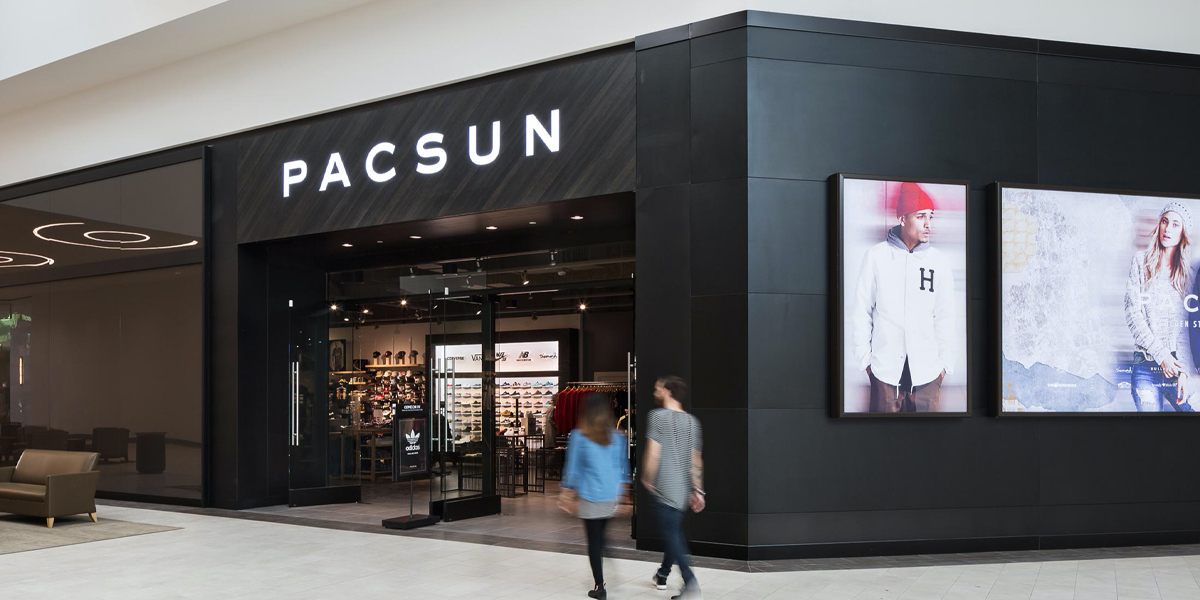 Like American Apparel, retailer PacSun fell victim to the decline of brick-and-mortar foot traffic and the rise of fast fashion. The retailer’s focus on a singular style also didn’t do it any favors. “There is a general pattern over the past two to three years of waning interest in surf and skate,” Betty Chen, a senior analyst with Mizuho Securities, told the Los Angeles Times in 2016, the same year PacSun filed for bankruptcy. “Some of the trend seems to be gravitating toward basketball and athletics, as well as more hip-hop or street fashion.” And while the LA Times report points out that PacSun did expand beyond surf and skatewear, the retailer’s move away from selling sneakers didn’t help. Alas, the brand fell into financial peril due to high occupancy costs and maturing debt.

What they did differently: PacSun worked with Golden Gate Capital and Wells Fargo to reorganize through a debt-for-equity agreement. Unlike American Apparel and Betsey Johnson, the brand only had to close around 20 out of its 593 stores and negotiated better rent deals, which had been a real pain point prior to filing for Chapter 11. With restructuring, PacSun “transitioned beyond its historical roots” according to Josh Olshansky, a Golden Gate Capital managing director, and brought in additional brands to create a more well-rounded offering representing “California style.” PacSun merged with Eddie Bauer in 2018 — which just so happens to be another retailer Golden Gate Capital saved from bankruptcy.

Today, PacSun is doing quite well in the face of the pandemic. Job listings have gone up since June (might we have summer to thank for that?), and store management positions are up about 28% compared to January of this year.