The ambitious, bold and hungry start their week with The Business of Business!
Innovation
3.26.18   3:44 PM Innovation

It started as a simple Kickstarter campaign and turned into one of the most-successful phone accessory brands.

Ask yourself this (no cheating): Do you know what a PopSocket is?

Chances are, even if you don't know what it is, you've seen one. Chances are even better - based on sales numbers that we just pulled - that you have one.

PopSockets are those little rubber handles that people around the world are sticking to the back of their smartphones. Fans love them: they provide functional grip in a mulitasking world while adding a bit of flair. Non-fans consider them unnecessary clutter, the pet rocks of 2018.

While these harmless widgets may seem irrelevant, these $10 phone accessories are selling incredibly well, including a recent holiday surge, and to the dismay of many people who don't understand the little gadget's appeal, PopSocket's popularity shows little to no signs of waning.

In fact, sales surged so heavily in the past year on Amazon's sales ranks within the Cell Phones & Accessories catogy that PopSockets beat out external batteries, car mounts, wireless chargers, and even cases. In fact, for the holiday-loaded month of December 2017, four individual PopSockets ranked in Amazon's top-100 Cell Phone & Accessories category every day.

For a single product to chart on Amazon every day, it needs to have some serious staying power.

The best-selling PopSocket is a plain, unobtrusive black version.

The "blush", or pink-sparkly version charted extremely well during the holidays. 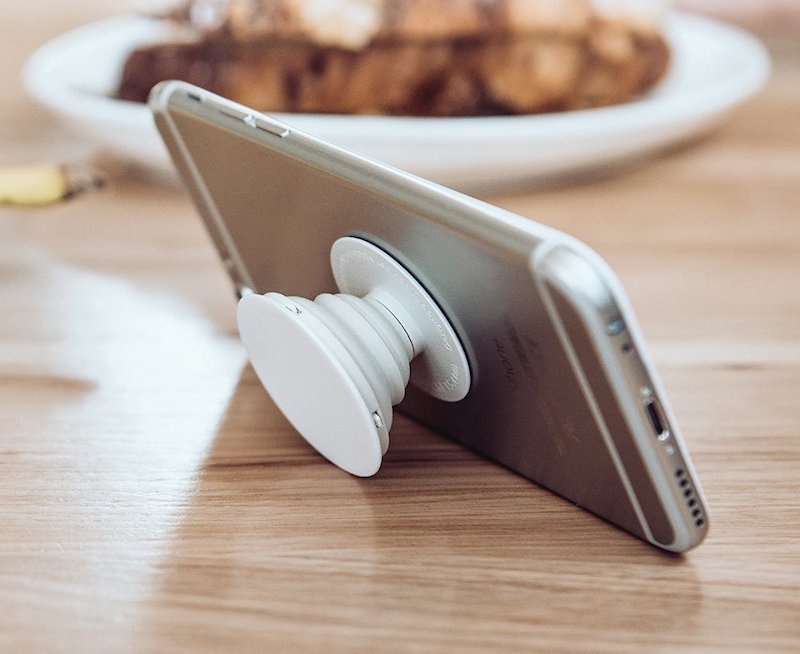 Trend or not, PopSockets is making its founders some serious loot.

According to PopSocket's website, it began in 2010 as an idea by founder Barnett, originally intended to be a simple way to wrap oft-tangled headphone cables. After 60 different prorotypes, he ended up with the popular design.