Before launching Telegram, Durov was known in post-Soviet states as the founder of social media giant VK.com.

Social messaging app Telegram is known around the globe as a go-to platform for crypto enthusiasts and populist uprisings. It didn’t get that way by accident.

Its founder, Pavel Durov, had his reasons for wanting to create an app that protected user privacy and could facilitate uncensored communications along with giving a middle finger to authoritarian regimes. He had previously been the CEO of Russian social media giant VK.com —but then the Russian government pushed him out.

Building one major social media platform is difficult enough. After managing to achieve the feat twice, Durov has become a sort of global celebrity. The story of how the enigmatic billionaire came to create his companies, developed a penchant for free-spirited trolling and came to help subvert government overreach have become part of internet lore.

Telegram currently boasts 500 million global users, and has proven particularly popular with political activists. But before launching it, he was known best for founding VK, which is by far the most popular social network among Russian speakers, with over 500 million registered accounts. His standoff with the Russian government and dramatic departure from VK only cemented his legendary standing among internet savvy Russians.

The early days of VK

Much of Durov’s early career was inspired by the Web2 boom that was in full swing across Silicon Valley. When VK launched in 2006, MySpace reigned supreme and Facebook was just about to hit 12 million users. VK was conceived as an attempt to bring a version of Facebook into Russian cyberspace. And much like its analogue from across the pond, the company traces its roots to a college campus.

During his studies at the prestigious St. Petersburg State University, Durov developed a number of online resources for its students including the university forum spbgu.ru. In his senior year, he teamed up with his old friends Yitzchak Mirilashvili and Lev Leviev, as well as his math whizz brother to build a college-oriented social network (helping to earn him the nickname “the Mark Zuckerberg of Russia”). Mirilashvili and Leviev, as well as Mirilashvili’s father, seeded the venture which now resides at the eponymous VK.com.

VK had all the features that were familiar to Facebook users: a user profile, a wall for posting content, direct messaging, and most importantly, a display of the users’ personal information. Durov billed the website as a non-anonymous extension to spbgu.ru, available only by invitation from other users. As VK quickly became a hit, the invitation requirement was dropped and its user count exploded.

Internet success in the 2000s

In less than a year, VK overtook its domestic rival Odnoklassniki as the most popular social network on the Runet. According to Odnoklassniki founder Albert Popov, this was in part due to VK’s willingness to tolerate explicit content and copyright violations on the platform. While Odnoklassniki focused on connecting middle aged people with their former schoolmates, VK evolved into a one-stop-shop for the young and hip. Users went to VK.com to connect with old friends, find new ones, search for work, and illegally listen to the latest hit album.

This was a good time to be a young capitalist in Russia. The country was experiencing a gilded age which later came to be known as the “beefy 2000s.” This era was marked by relative political freedom and a rapid economic expansion powered by record high oil prices. Russia’s main streets were filled with luxury brand storefronts as the nouveau riche entered a frenzy of conspicuous consumption.

The emerging middle class embraced the newly accessible convenience of fast food chains, cheap crossborder travel, and sundry international products flooding the domestic market. Entrepreneurs made fortunes creating analogues of Western services for Russian consumers. And the urban creatives looked to the future with optimism as they flourished from Westernization of their society.

By the early 2010s, VK had over a hundred million users, enjoying record revenues from in-app purchases and advertising. Its wide reach got the attention of the Russian government, which was increasingly eager to clamp down on dissent on the internet. Durov angered the authorities by his refusal to shut down a number of political groups and profiles on the platform in the wake of the 2011 protests. He responded to their request by tweeting a picture of a dog blowing a raspberry. 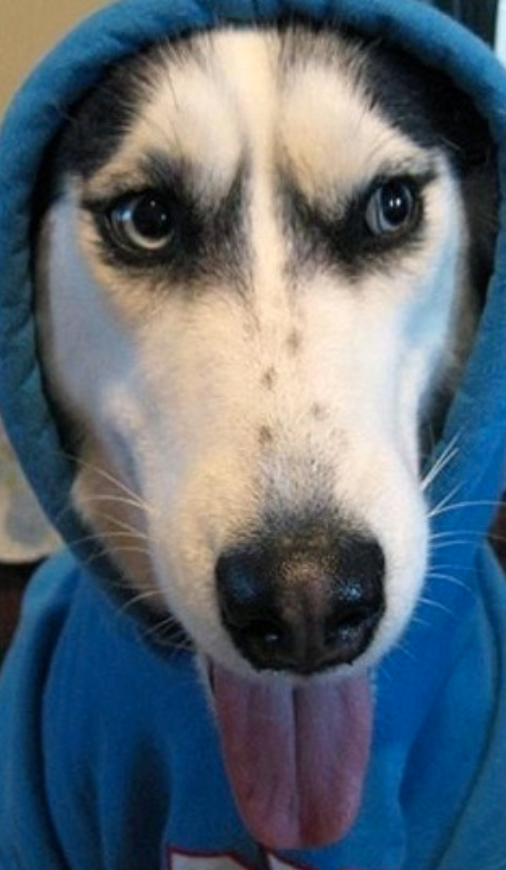 Mail.ru Group, a Russian tech conglomerate with close ties to the government and one of VK’s principle backers, was meanwhile attempting to consolidate its control of the company. In a now famous response he flipped them off and called Mail.ru a “trash holding company.” After a government-aligned fund got control of 48% of VK equity, Durov was subjected to a media smear campaign and accused of misappropriating company funds. Durov’s home and the VK office were raided by law enforcement.

A video circulated purportedly showing Durov behind the wheel of а Mercedez running into a traffic policeman and absconding from the scene. In late 2013, Durov sold his shares in the company and hung up his hat as the CEO. He left Russia shortly after. He later revealed that he made the decision after refusing a request from the Russian authorities to hand over the data of users involved in organizing protests in Kyiv.

The rise of Telegram

After emigrating, Durov focused on developing Telegram. Then known as Telegra.ph, the app launched when Durov was still in Russia. But this time his aspirations were bigger than just Runet, as he envisioned a global platform for anyone looking for a secure way to communicate. Durov did not shy away from using his personal narrative and reputation as a subversive liberterean to lend credibility to the product. Durov cited a law enforcement raid on his apartment as the main inspiration for the undertaking.

Determined to keep Telegram independent of corporate and government influence, Durov has funded the venture largely out of his own pocket and by selling bonds. For a long time, he refused to sell ads on the platform, and it has still yet to generate any revenue. Recently, the company has started testing sponsored messages in some channels, but emphasizes it does not use users' personal data for audience targeting.

In 2018, Durov made an unsuccessful attempt to raise money through an ICO, which ended in a $18.2 million fine by the SEC. Telegram was ordered to refund investors over a billion dollars that it raised in the coin offering.

Telegram as a media powerhouse

Durov has repeatedly stressed that his app does not surveille personal chats and, unlike some other messaging apps, refuses to comply with government requests for information on users. Telegram, however, has had small-scale security incidents of its own. In 2016, hackers breached the accounts of two Russian opposition activists and the German police infiltrated an ultranationalist group chat in 2015.

Despite these incidents, the app remains a major means of communication for citizens of authoritarian regimes. This has as much to do with how the app differentiates itself through its features as it does with its privacy policies. Telegram group chats can accommodate up to 200,000 participants, while WhatsApp limits its groups to 256 people.

Telegram channels allow their admins to disseminate information to an unlimited number of people, allowing them to function like a media organizations. Some of the biggest Telegram channels have over a million subscribers and act as key independent media players amid political events. Telegram channels have played a central role in the coverage of protests in Hong Kong and Belarus, and more recently to the war in Ukraine.

This has made it a frequent target of repressive measures by non-democratic governments. In 2017, Russian authorities attempted to ban Telegram after it refused to share the encryption keys with the country’s main security agency. The same year, it was temporarily blocked in Iran during a series of mass protests.

Despite the setbacks, Telegram continues to experience explosive growth and not just in countries ruled by dictators. It has more than doubled its user base in the past three years. It is currently the most popular social media app in Russia and Germany, and stands at number two in the U.S and UK. And as of January 2021, it plays host to the official accounts of 10 world leaders.

Telegram has been criticized for being the app of choice for terrorists. It responded by banning dozens of ISIS channels and others with calls for violence, including those used by American far-right groups. Despite this Durov voiced his commitment to tolerating all non-violent content, such as misinformation about Covid and vaccines.

Meanwhile, Durov keeps a low public profile and rarely agrees to be interviewed. Occasionally, he offers some wisdom to fans about the dangers of overeating and the propaganda contained in public holidays. He prefers to communicate with the world through Telegram and by sharing rare Instagram snippets of his digital nomad life.

Though Telegram is registered in the offshore destination British Virgin Islands, its founder’s domicile is unknown to the public. Though there have been some recent rumors about Durov receiving French citizenship, it is probably safe to assume that his primary residence is in the ether.

CLARIFICATION: A previous version of this story said that Durov refused to allow ads on Telegram. We have updated the story with information about a recent initiative where Telegram is testing sponsored messages in some channels.