The ambitious, bold and hungry start their week with The Business of Business!
Markets
5.1.19   5:43 PM Markets

Target and Walmart foot traffic, as measured by Facebook "were here" count, have slowed down. What does it mean for this war between big box retailers?

The battle of big box retailers may have just hit a climax, and neither side seems to be winning. Or at least, the war itself is evolving.

Walmart ($WMT) and Target ($TGT) both have social media profiles on Facebook ($FB), the third most popular website in the world. Here, since the start of the year, America's largest retailers saw both a decline in followers and a decrease in "were here count," a foot traffic metric that tracks the number of posts made at a location.

Since we started tracking both companies in 2015, Walmart had a follower purge while Target's increased steadily over time. However, as seen in the above charts, both companies' social media profiles saw a small net exodus of followers who either deactivated their profiles, were removed from Facebook entirely, or actively unfollowed the brand.

Neither of these company's profiles are inactive; both Walmart and Target made posts within the past day, indicating they are not killing their own social media presence. 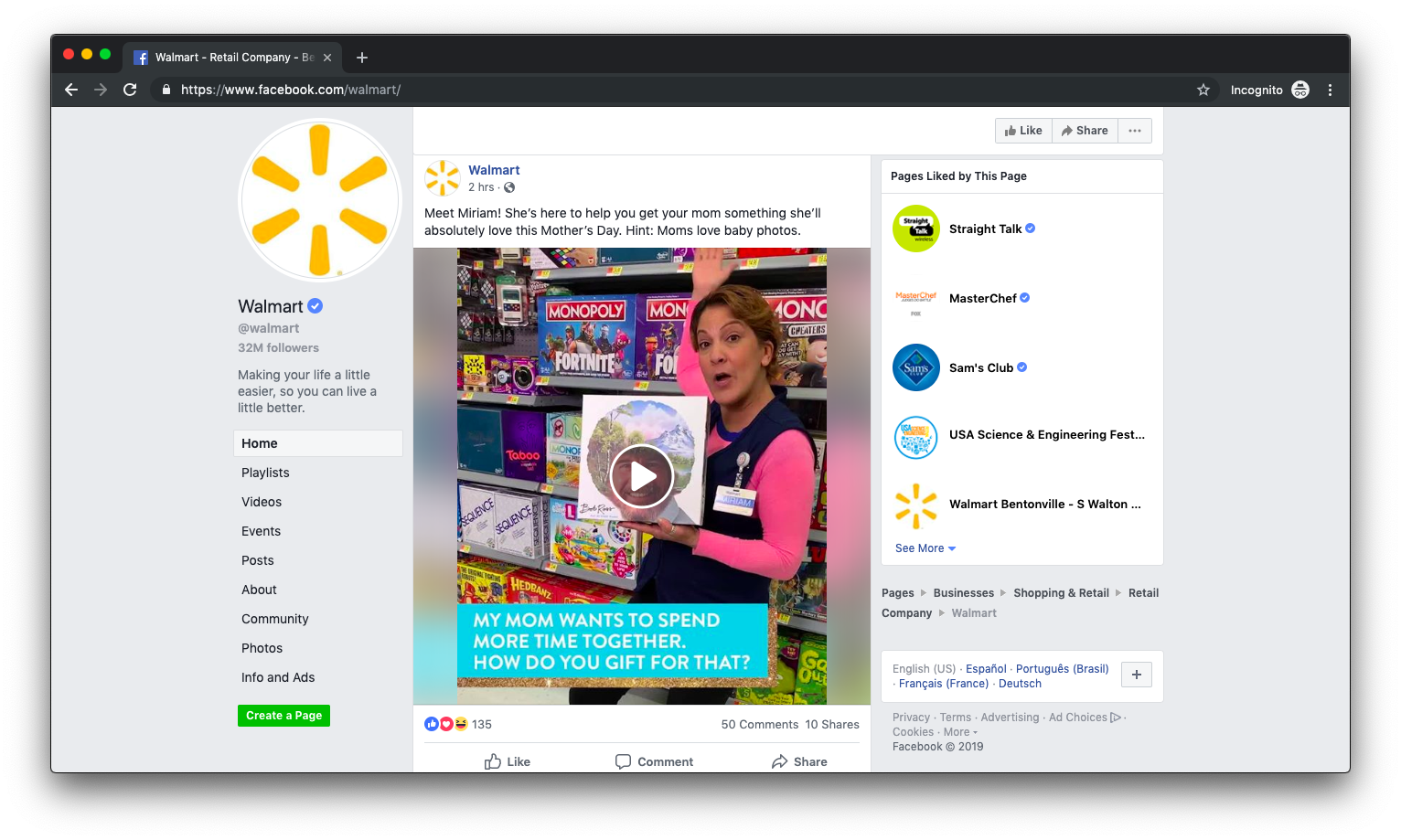 Both brands' "were here" count is still going up, but each company has seen this figure slow down over time, indicating that fewer people are keeping location services on and also posting on-site. Walmart only saw a quarter-over-quarter increase of this metric by 1.44% on April 22nd, down nearly a full percentage point from January 18th's quarter-over-quarter change, and far less than any percentage change in any April since 2015.

As for Target, its slowdown is even more dramatic; quarter-over-quarter change was 3.63% on January 14th and just 1.93% on April 22nd.

It is notable that this is not happening to companies that do not directly compete with these two companies on a 1:1 basis, but are nevertheless competing for consumers who want to buy in bulk. Costco ($COST) continues to gain followers on a daily basis, and its "were here count" hasn't slowed down as much as Walmart and Target.

None of this is to say that either big-box retailer is on the verge of disappointing investors — the relative slowdown in social engagement could simply be a sign that both companies are making more sales online.

Does this mean Walmart and Target have hit their peaks on social media? Possibly. Does this have a tangible effect on sales? We don't know, but it's definitely interesting considering how much these two are battling to stay as retail titans in the age of e-commerce.