The ambitious, bold and hungry start their week with The Business of Business!
Innovation
3.1.21   5:41 PM Innovation

More people are buying records since the pandemic began, but it’s still a niche market compared with streaming services like Spotify.

We all know vinyl is back. Since 2008, more and more records have been sold each year. December’s holiday rush saw more records sold in one week than at any other point in US history. Now that records are finally outselling CDs again, it might look as if we’re experiencing a physical-format music renaissance. We certainly are, but streaming service revenue still outstrips record sales — by a lot.

According to a report by the Recording Industry Association of America (RIAA), vinyl records generated more revenue than CDs for the first time since 1986. Vinyl sales totalled $626 million in 2020, jumping 28.7% as consumers did more online shopping and less concert-going. CD sales, meanwhile, plummeted 23% to $483 million. Total physical sales hardly changed, falling 0.5% to $1.1 billion. 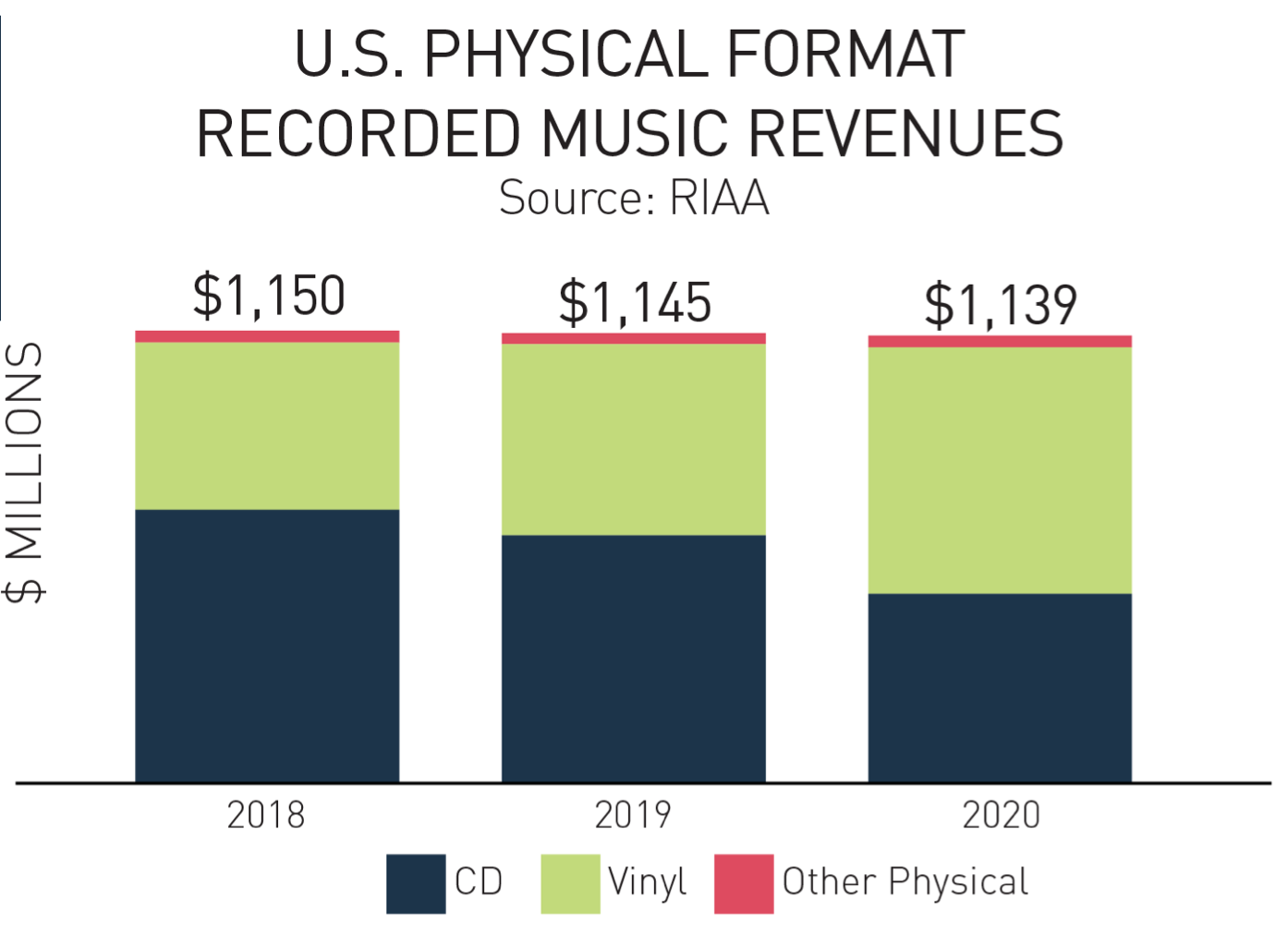 While it’s great news for independent artists and music nerds alike, the rise in vinyl sales is dwarfed by streaming service revenue. Physical sales make up only 9% of 2020 revenue, while streaming services take up a whopping 83%. Digital downloads bring up the rear with only 6% of revenue.

Streaming services have managed to rise above all other music formats in just a few short years — the number of paid subscriptions has tripled to 75.5 million since 2016. Services like Spotify, Tidal, and Apple Music have found success through offering an endless supply of music and podcasts (which have exploded in popularity and revenue in recent years) for a fixed price.

Now, Spotify is expanding its services by adding a hi-fi subscription tier for lossless audio. The company is also delving deeper into the creator economy by partnering with WordPress to turn written content into podcasts via its podcast creator platform, Anchor. While music formats seem to change with every decade, there’s no end in sight for Spotify, which currently has 345 million listeners and 155 million paying subscribers.

Up until the mid-80s, vinyl dominated the world, but today it’s a niche market with no hope of catching up to the likes of Spotify. But based on sales, LPs aren’t going anywhere. As consumers start off the new year in much the same way they spent 2020, 2021 could be another “record” year for vinyl sales.