The ambitious, bold and hungry start their week with The Business of Business!
Markets
12.3.18   5:58 PM Markets

Owned by KSL Capital Partners, Village Hotels got a huge traffic bump thanks to its Black Friday deal.

Besides posting statuses at the Thanksgiving dinner table, where else were people checking into Facebook ($FB) the most in November?

As we covered before, the social network website keeps track of relative foot traffic at businesses through a "were here" count, which updates for every check-in, mobile device share, photo location tag, status post, or other posts made at a location owned by a specific business.

Here were the top-10 brands that had the biggest jump in this metric on their respective Facebook pages during November:

Outside of some usual suspects — of course, the Christmas Tree Shops ($BBBY) saw a traffic jump in November right as the holiday season started — the most peculiar jump in traffic was by Village Hotels ($PRIVATE:VILLAGEHOTELS).

Based in the United Kingdom and owned by Denver-based KSL Capital Partners, Village Hotels has 30 hotels located in England, Wales, and Scotland. 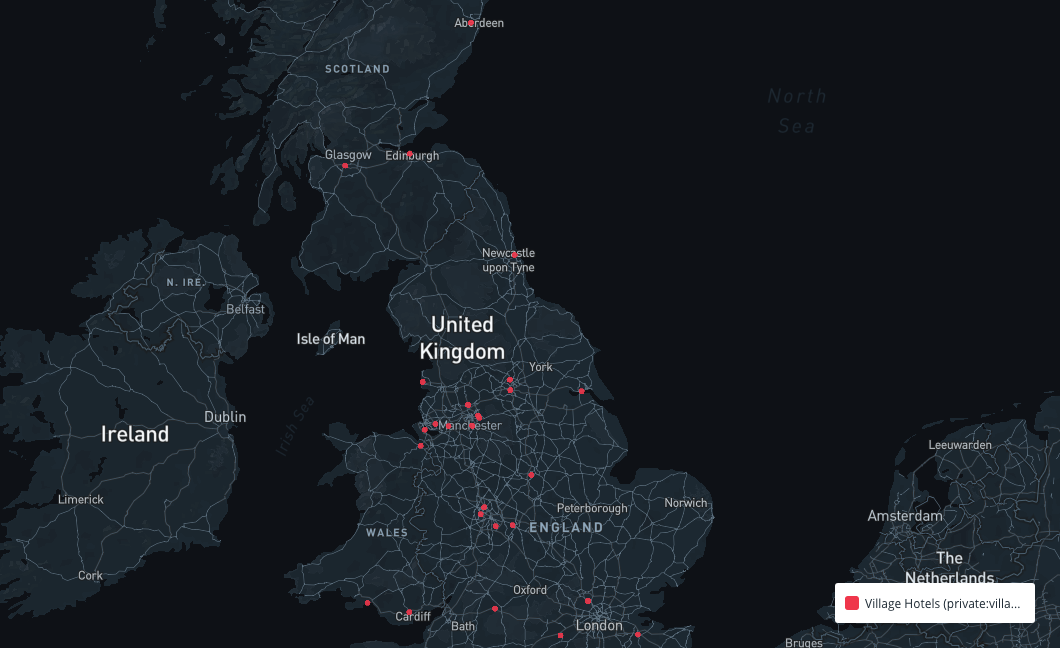 At the end of November, Village Hotels put up a variety of deals right around the Black Friday weekend. Up until Travel Tuesday, those who wanted to get away to cities such as Manchester or Edinburgh could get a room for only £29.

£29 a night is basically the price of a hostel room in England, which of course, is a whole other world compared to a private hotel room. Around the time of these deals, "were here" count for the business skyrocketed. In only four days, there were 8,249 posts made at its hotels or that counted as part of the metric.

It's safe to say that the company's Black Friday deal, along with pre-holiday travel, may have played a role in doubling its "were here" count. As December rolls in and the new year is set to begin, we'll see how much that deep discount pays off for the relative newcomer in the hospitality space.

Just to cover our bases for our monthly update on general "were here count data," here are the top-ten gainers for the month of November.

If this list looks familiar to you, then you're not alone; the top-ten gainers in "were here" count in November are the exact same companies that led October's list. Once again, Regal ($LON:CINE) and Cinemark ($CNK) theaters are the businesses where people are checking into Facebook the most...

And hopefully, it's not during the biggest scene of the latest blockbusters.