We looked at the numbers that reveal the struggles of what was supposed to be the Trump Twitter.

Former U.S. president Donald Trump launched his social media app Truth Social in February with great fanfare and bombastic rhetoric about creating a free-speech powerhouse in an effort to supplant his once favorite platform Twitter. But just six weeks later, these lofty ambitions appear to be crumbling, and the app is looking like a loser.

Conceived after the former president was booted from mainstream social media outlets, Truth Social brands itself as a “big tent” platform for people of all ideological stripes. Users note its striking resemblance to Twitter, with the main difference being a higher character limit and posts called “truths” instead of tweets.

The ex-POTUS chairs the company behind True Social, Trump Media & Technology Group. Founded in early 2021, the enterprise has attracted over $1 billion in financing and managed to go public via a merger with a special-purpose acquisition company. But contrary to its goals of “rival[ing] the liberal media consortium”, it might be headed in the (southward) direction of some of Trump’s other business ventures such as Trump Steaks and Trump Shuttle.

The app was controversial even before it launched, as it faced accusations that it plagiarized open-source software from Mastodon. And since True Social’s launch on President’s Day, not many people have been eager to begin ‘“truthing.”

Data from our parent company Thinknum Alternative Data shows that its App Store rating count (often used as a proxy for downloads) has been at a plateau for the past few weeks. Correspondingly, the stock price of its parent company has tumbled, now sitting at less than half of where it was at its peak just over a month ago.

As of last week, the platform had just over 513,000 daily active users, which pales in comparison to the 217 million people that venture on Twitter on a typical day. The struggle to recruit new “truthers” probably isn't helped by the fact that there is currently no Android version of the app and that it can’t be used in a web browser.

Many of those who have downloaded Truth Social are likely not getting much out of it, as aspiring users are placed on a waitlist before they can start using it.

I signed up two days ago in hopes of being able to describe the full Truth Social experience. Upon my attempt at becoming a “Truther,” I was informed that though I am not just a number to the app’s creators, but that my waitlist number is 1,506,073. The line has not budged in the past two days, and I saw no progress even after I pressed the update button multiple times.

Beyond the numbers, in  another sign that things have been off to a rocky start, three top executives resigned from their positions at Truth Social.

To make matters worse, the app might be losing its “truther”-in-chief. Trump is rumored to be considering ditching it for Gettr, a rival conservative platform that has been experiencing considerable growth in its user count. According to the Washington Post, he is deeply disappointed with the app’s rollout and has abstained from posting on it in recent weeks as he believes that it is “not ready for its prime time.”

In the meantime, most of the Twitter crowd seems to be staying put and having a laugh at the 45th president’s expense. 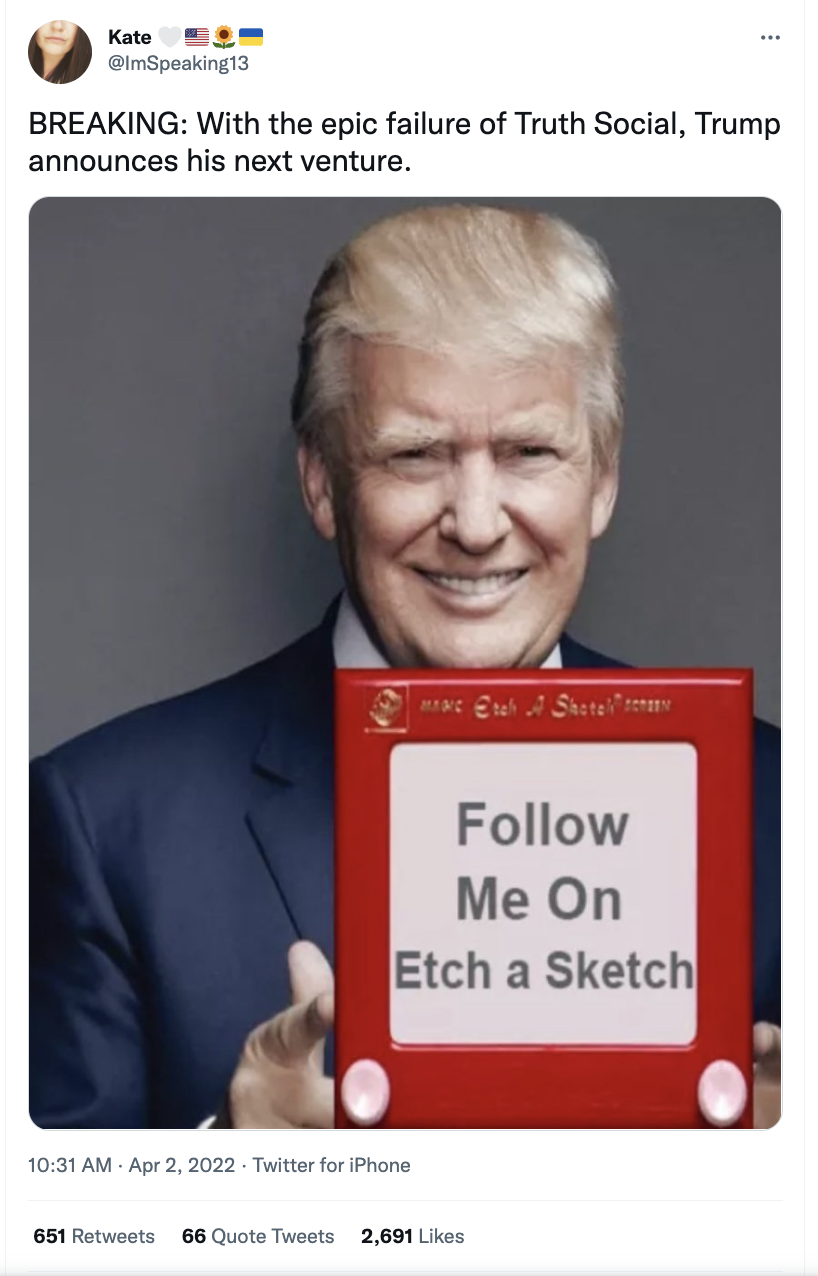