The ambitious, bold and hungry start their week with The Business of Business!
Markets
5.30.18   5:27 PM Markets

Shopping season for health insurance is a thing. Here's what it looks like.

Obamacare doubled the number of people who shop for healthcare to about 24 million people throughout the country. It included the creation of online health insurance marketplaces called "exchanges" on which — especially during open-enrollment periods — American citizens rush to websites to request insurance premium quotes before they get dinged for taxes and other penalties.

By looking at the number of quotes delivered by health-insurance marketplace site eHealth for 2016 and 2017 ($EHTH), we're able to see just how massive insurance quote traffic jump becomes during Obamacare open-enrollment periods.

In 2017, the Obamacare open-enrollment period ran from November 1, 2016 through January 31, 2017. Looking at the graph above, we see huge jumps in quote activity during that period. The following year's open-enrollment period, was almost as severe despite the fact that millions of Americans likely were simply shopping for potentially cheaper quotes in their second or third years of Obamacare.

While the spikes in activity aren't altogether surprising given the fact that open-enrollment means that those who need health insurance can receive government subsidization during that time, and that time alone. In addition, those who do not sign up can be hit with tax penalties and fines for failing to secure insurance. 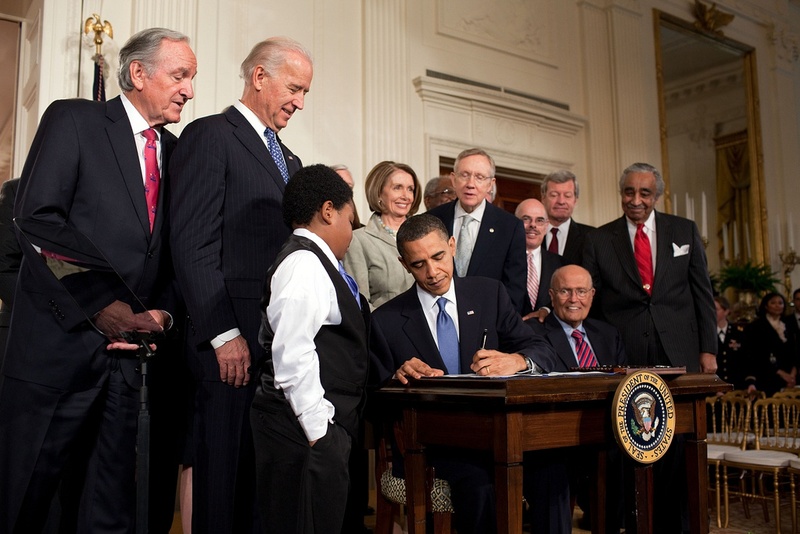 Observing cycles like this is useful to understand how the ACA has transformed the health-insurance industry. One would further expect increases in hiring and even financials during these periods - both something that should be of interest to investors and citizens alike.

In addition, public perception of health insurance companies has certainly changed, as they're now necessities rather than options. A quick look at "talking about" activity for the eHeath brand on Facebook reveals consistent chatter in the new years, right when people are likely receiving their first invoices for their new health insurance.