The ambitious, bold and hungry start their week with The Business of Business!
Markets
5.29.18   2:11 PM Markets

The United States of Starbucks

As the company shutters 8,000 stores to train 175,000 employees on racial bias sensitivity, we look at the company's current retail footprint in the US

This afternoon, Starbucks ($SBUX) will temporarily close 8,000 stores to train more than 175,000 employees for what it calls "racial-bias education". This comes after two black men were arrested at a Philadelphia Starbucks for simply waiting for a colleague. The event has hurt Stabucks on social media already, and analysts estimate that the closures this afternoon will cost the company tens of millions of dollars. 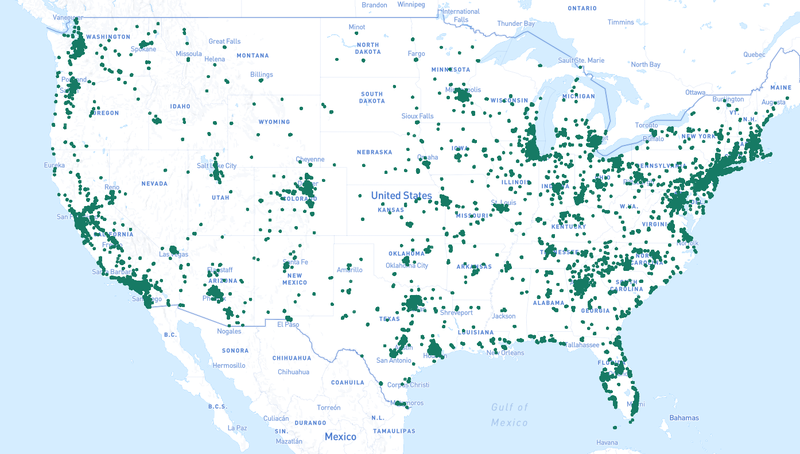 Starbucks' retail footprint in the US is massive, as the map above illustrates. There are over 13,000 locations in the United States. Of those locations, 8,222 are company-owned (the other 5,708 are licensed) - those are the ones that will be closing. Starbucks tends to cluster in urban centers, with the most locations in New York, Chicago, and Las Vegas.

Starbucks' Facebook presence has yet to recover from the damage this controversy has caused after an all-time high for the brand in January, 2018. A slight recovery in early May can be seen, however, and we'll keep an eye on how people are feeling about the brand on the world's largest social network after Starbucks re-opens its stores after today's closures.