The ambitious, bold and hungry start their week with The Business of Business!
People
5.8.18   2:07 PM People

The return of the fanny pack... or not.

Fashion is cyclical, for better or worse. Bell-bottomed jeans come and go. Waistlines move up and down. And fanny backs come and go... and apparently come back again.

Fanny packs, or "waist packs" as designers are determined to call them, are those belt-like, diminutive bags that snap around one's waist for a day at the amusement park, a run on your favorite trail, or just some good ol' summertime storage when you don't need a jacket or bag.

They're clearly an argument for function over form, and given the abusive overuse fanny packs encountered in the 1990s, they were left behind as the bad idea they were.

So it was with some surprise that we discovered one of our favorite upstart bag designers, Mission Workshop of San Francisco, launched the $120 "Axis Modular Waist Pack." It's described as a "waist pack built with rugged materials and weatherproof design features that is intended to carry essential gear close to body." 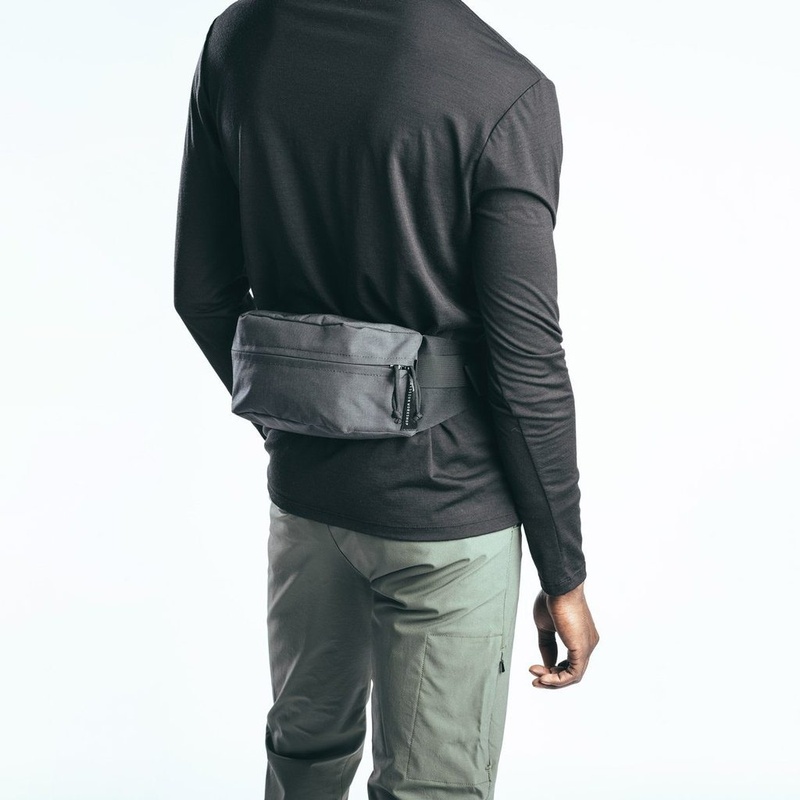 And so sayeth the fashion soothsayers, fanny packs are coming back.

But... are they? According to our data from Amazon.com, just one waist pack saw a bit of a resurgence in the form of the Everest Signature Waist Pack, which saw a ncie run in popularity in the summer of 2016 before dropping off the charts, never to be seen again.

Style mavens, however, appear determined to bring the things back. On April 17, GQ - normally arbiters of all things "okay to wear" - published "8 Reasons Why Fanny Packs and Chunky Sneakers Aren't Going Anywhere" under its "What to Wear Now" rubrick. They argue that fanny packs solve the overstuffed pocket issue - a plausible argument. They then, of course, include an $850 Prada fanny pack as an example.

Could it be, then, that fanny packs are indeed coming back, but they're doing so more as a high-end design choice? A $120 Mission waist pack and a $850 Prada pack are hardly bags for the people. If so, that could explain why they haven't - yet - charted on Amazon, where the price for the most popular waist pack outside of the Everest we charted above is just $8.79. And it's a doozy. 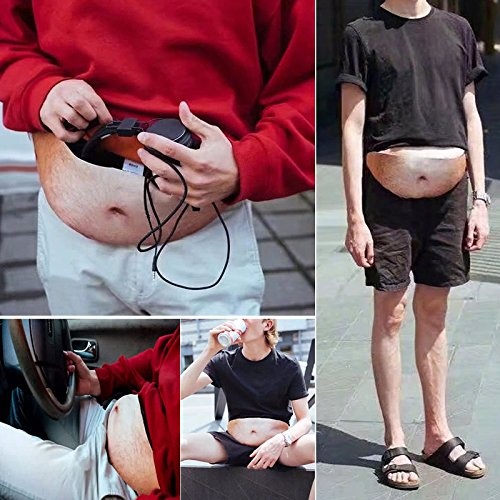 This could also signal that fanny packs are seen more as a novelty than a utility item (outside of fitness applications). In fact, the only other waist pack to rank on Amazon's best-seller lists is a silly (and inexpensive) pack that does more to mock the fashion than sell it.

We turned to members of the Thinknum team to get their thoughts on the ressurgence of fanny packs:

"I don't think they're coming back. At most, maybe in a very narrow way. There could be a 'jean jacket and fanny pack' thing that could last a short time." - Tom

"I think if the Rock can make them look good, then they have that." - Gabe

"They're coming back but they're horrendous and need to die." - Tasmiyah

"I think they're useful. You need some place to put stuff. Backpacks are big and bulky. Who cares how you look? It works." - Gregory

UPDATE: We heard from Jon Roth, style editor at Esquire, who had this to say:

"I am getting fanny-pack curious, which is probably partly me growing to like normcore/ugly fashion, partly about coming home to my style safe zone of the early 90s. And I hate having stuff in my pockets, so there is a functional component. That said, I think it’s a little more out-there than what most of our readers at Esquire would go for."

"Keep an eye out for the cross-body bag," he added. "[It's the] he next-level hypebeast flex."