The ambitious, bold and hungry start their week with The Business of Business!
Markets
2.21.19   3:20 PM Markets

With new growth capital from NPM Capital and 12 new stores, the modern men's clothier is threatening the industry's old titans.

In a retail fashion environment that so often is rife with news of closures and contraction, men's formalwear disruptor Suitsupply ($PRIVATE:SUITSUPPLY) is in a period of rapid international expansion. As of February 16, 2019, Suitsupply has opened 110 stores worldwide. Its retail strategy is, for lack of a better term, extremely 21st century, with a heavy emphasis on online transactions and customer service mixed with unusual physical locations that are more funky destination than local mall also-ran.

Until just a few days ago, Suitsupply listed 93 stores on its website. Then this week — in the throes of a round of investment from NPM Capital — it added 12 stores, bringing the total count to 105.

The new store locations point to a retail footprint strategy that includes international expansion in Asia and Euope alone with buttressing Suitsupply's United States presence in young-friendly cities from Boston to San Diego. 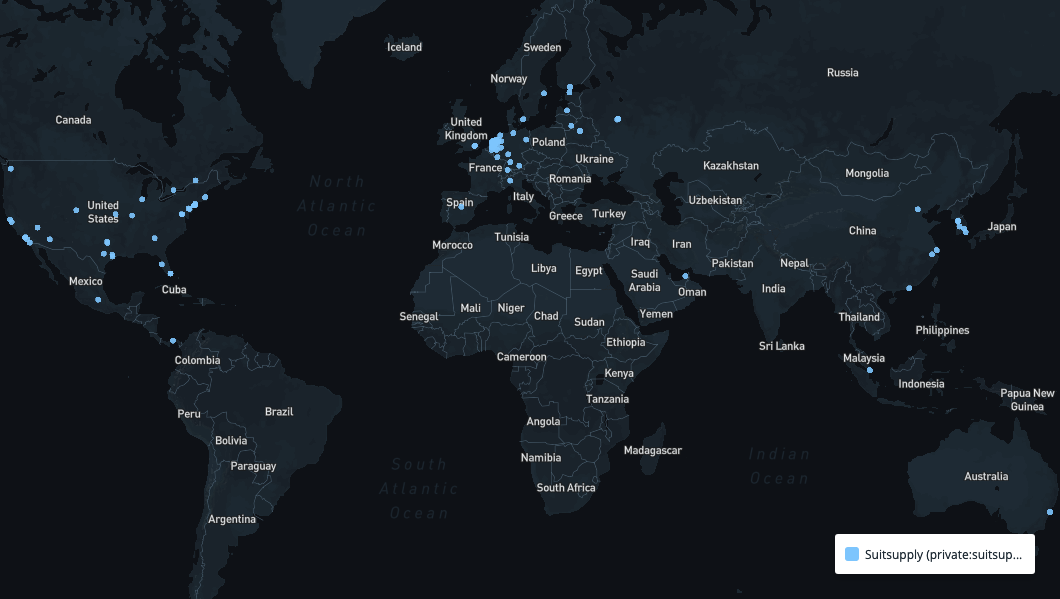 This global brick-and-mortar presence, combined with a modern online mix, is helping Suitsupply disrupt the traditional men's formalwear companies, who may have overexpanded to the point of potential failure, as we covered a few days ago. 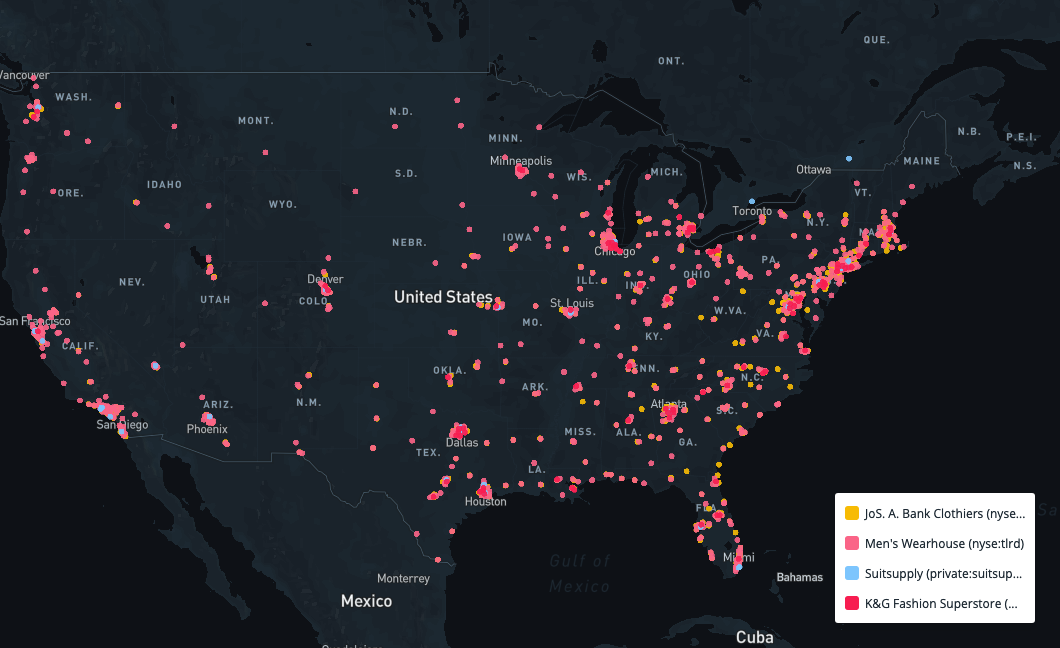