The ambitious, bold and hungry start their week with The Business of Business!
Innovation
8.6.18   2:15 PM Innovation

SpaceX is accelerating hiring for its human-grade Dragon 2 team as it readies for test launches this fall.

[Note: We're not rocket scientists, nor are we experts in space exploration. We simply report on movement and trends. With that, please feel free to comment with any additional info on the information found here. Thanks!]

But one of Musk's most ambitious goals is to get humans into space and ultimately onto the surface of Mars.

The Dragon 2 will be the next-generation manned SpaceX vehicle. It's described as a human-rated vehicle that will feature everything from larger windows to updated avionics and solar arrays and, of course, the ability to keep humans alive longer inside for, yes, longer missions. (Until then, a human-capable version of Dragon could bring two astronauts into space next spring).

Dragon 2 was first unveiled to the public on May 29, 2014 and was, at the time, relative fantasy, with stated plans for un-manned tests as soon as the fall of 2018.

It appears that just may happen, as hiring data tells us that SpaceX is quickly building up its Dragon 2 team.

Beginning in mid-April 2018, hiring for positions with the term "Dragon 2" in their titles has rocketed (heh) to a high of 13 positions as of mid-July.

So far, all of the positions are based at SpaceX's Hawthorne facility. They are listed as such:

The first "Dragon 2" position posted on SpaceX's careers site (at least since we've been tracking) was for a "Dragon 2 Composites Manufacturing Engineer" posted on December 9, 2016. That position disappeared on or around January 27, 2017, likely because it was filled.

It wasn't until September 22, 2017 — a full eight months later — that Dragon 2 positions showed up again, when SpaceX was looking for a "Test Equipment Engineer". Around the same time, the company began a search for a "Thermal Fluid Systems Engineer". Then, in November 2017 positions for a "Dragon 2 Mechanical Engineer" and a "Dragon 2 Propulsion Engineer" showed up.

Those positions appeared to remain open until March 15 of this year when a search began for a "Propulsion Build Engineer". And then we see the spike in openings beginning this summer.

In other words, things are a-go for Dragon 2.

Whatever is happening behind the scenes when it comes to manned SpaceX flights on Dragon 2, it does indeed appear that the project continued to be funded, hired for, and moving along.

As mentioned, NASA just introduced the world to the two astronauts who will launch aboard SpaceX's Crew Dragon spacecraft atop the current-generation Falcon 9 rocket. 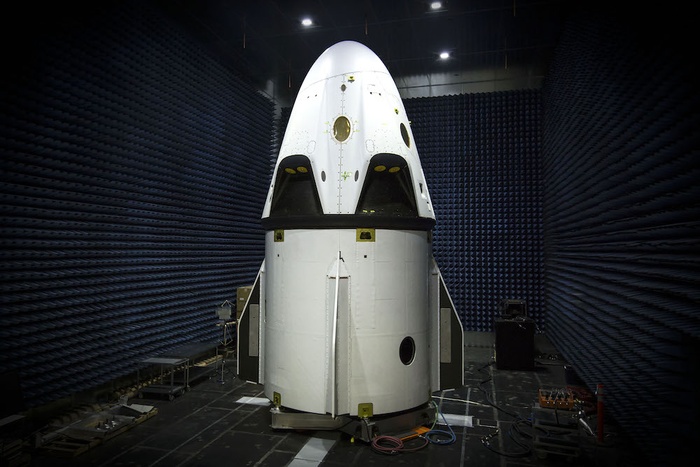