Songtradr, a music licensing and distribution marketplace, connects artists to lucrative licensing deals. We spoke with Wiltshire about building up the company.

Paul Wiltshire’s career in music has taken many turns — he’s gone from performer in his native Melbourne, Australia, to professional songwriter and record producer, and, most recently, CEO.

Wiltshire’s startup, Songtradr, is a music licensing and distribution platform that connects artists both big and small with content creators in need of music. Music licensing is a huge (but less visible) part of the music industry, and many artists have hit it big through a particularly popular ad campaign, YouTube video, TV show, video game, or film.

To build the company, Wiltshire drew on his previous business experience and his expertise in the music industry — as a producer and songwriter, Wiltshire has helped make 12 #1 songs and albums with the likes of the Backstreet Boys and Vanessa Amorosi. A business venture on this scale, however, was “a blank canvas” for Wiltshire.

Here’s how Wiltshire built Songtradr, from idea to $165 million giant.

As a record producer, Wiltshire was used to collaborating with artists in the studio. They’d make great music, but only a fraction of the songs that were completed would ever see release. “Every 10 songs I might be involved in, often only one would be commercialized and then released,” Wiltshire told Thinknum. “It became pretty clear to me over that journey that there’s so much music that’s left on the shelf.”

“It became pretty clear to me over that journey that there’s so much music that’s left on the shelf.” - Wiltshire

While many artists get revenue from streaming, physical album sales, and touring, one revenue stream is sometimes overlooked: licensing. Advertisements, film, and TV shows need songs that fit the mood of whatever content is being created, and music supervisors are typically in charge of the process. Many independent artists, however, don’t have access to big-time licensing deals.

“I became quite interested in how you get the rest of the catalog into the media landscape, especially film and TV, which was pre-Netflix as we know it today,” Wiltshire said.

Wiltshire hit upon the idea of an online platform that lets artists connect with buyers looking for the right music for their creative projects. If Spotify is the go-to B2C music service provider, Songtradr is its distant B2B cousin. 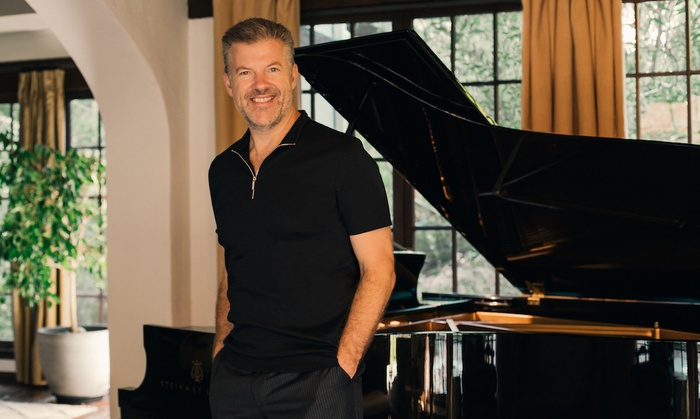 To make the idea a reality, back in 2014, Wiltshire self-funded a third-party developer to work on a platform, but after nearly a year of back-and-forth, the results weren’t satisfactory. Wiltshire decided to scrap the project and start over from scratch.

“The beginnings are the toughest,” Wiltshire said. “They’re the years you need to have unwavering faith in your ability to get this vision materialized in some form. It’s the most vulnerable time for entrepreneurs because there’s every reason why you will not succeed.”

“The beginnings are the toughest. They’re the years you need to have unwavering faith in your ability to get this vision materialized in some form.” - Wiltshire

Despite people in the music industry saying Songtradr simply wasn’t possible, Wiltshire started again with a developer who he would work closely with day-to-day. After another year, an early version of the platform was fleshed out. According to Wiltshire, a content management system was key if artists were to post songs for buyers to listen to. Once this aspect was ready, the real work began.

The initial Songtradr team was a handful of team members, based in Los Angeles, working to build both the supply and demand side of the marketplace while the site itself was being developed further. First, Wiltshire grew a network of artists who sought licensing deals so that Songtradr had songs available. “The first year, it probably took us a year to get music uploaded that now would take a day or less,” he said.

Another key aspect of the company was data. To help buyers decide what music should fit their needs without listening to endless songs, descriptions of each song were created both by artists and Songtradr, mainly tracking the genre and feel of a song.

The COVID-19 pandemic hit musicians particularly hard. With no live music — often a main source of revenue — artists turned to Songtradr to make money and build up their following. In March, Songtradr paid 100% of licensing transaction fees directly to artists.

The tactic paid off at a time when Songtradr’s marketplace was already booming. In the first half of 2020, Songtradr’s revenue increased by 160% compared to the same period last year.

Most recently, Songtradr invested $1 million in Jaxsta, which describes itself as “the world’s largest dedicated database of official music credits” on its website.

Wiltshire still hasn’t let the success go to his head, however. “If I had to choose one piece of advice, it would be to confidently be humble,” he said. “Question your own judgments.”