Nuro co-founder Dave Ferguson on his $2.7 billion robotics company and the future of self-driving cars

We spoke with Ferguson about Nuro’s self-driving delivery vehicles, why he never imagined he’d be an entrepreneur, and what’s next for the company.

While Tesla is struggling with beta testing its swerving self-driving cars, there’s a number of robotics companies that have been working on autonomous vehicles for years, including Nuro.

Founded in 2016 by ex-Googlers Dave Ferguson and Jiajun Zhu, Nuro focuses on small self-driving vehicles designed to deliver goods like groceries, medication, retail products, or even pizza. Users order whatever goods they need from one of Nuro’s partner stores like Walmart or supermarket giant Kroger, and its latest car, known as R2, delivers them entirely autonomously. Punch in a code, and R2’s doors open up. Although Nuro’s cars have yet to go mainstream, they’re operating in three states currently, with a focus on Houston, Texas.

Last year, Softbank invested $940 million in Nuro, which brought its valuation up to $2.7 billion. 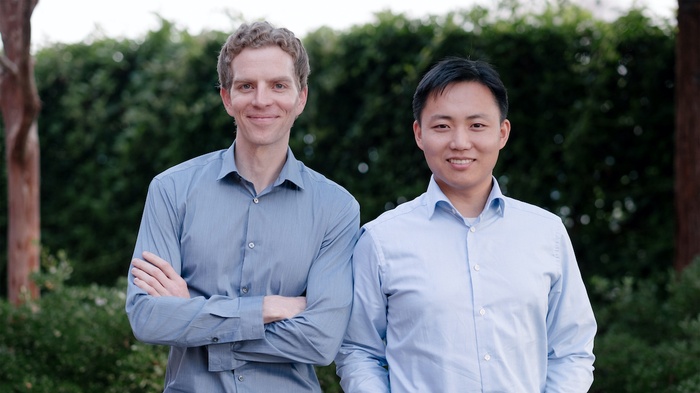 Ferguson (left) and Zhu (right) first met while working in Google’s self-driving car department. After five years at Google, the two decided to start their own robotics company.

“Starting a company was never really on my bucket list,” Ferguson told Thinknum. “It wasn’t something that I felt passionate about in its own right. I think it was more a slow evolution.”

Ferguson, who was born in New Zealand and partially raised in the US, didn’t develop an interest in robotics or engineering until college. Later on, while at Google, Ferguson and Zhu became interested in robotics as a force for change — making roads safer, reducing emissions, and providing access to those who live in food deserts.

“I think for JZ and I, we were thinking that the opportunities that we have living in the Bay Area, having access to the talent, the funding, the ecosystem that we have, to us it became almost a feeling of responsibility,” Ferguson added. “If we’re not going to go do this, who do we expect that’s going to do this?”

Goods delivery wasn’t first on their list, but it became top priority once they realized it would pave the way to new applications. “We thought about a whole range of possible robotics applications, everything from automated manufacturing to home assistant robots, and in the end we really settled on the goods and transportation,” Ferguson said.

Ferguson noted that Americans take around 200 billion personal vehicle trips, 43% of which are for shopping and other errands — the kind of trips Nuro’s cars are taking. “That means that almost half of all the trips that we take, not only don’t need someone driving the car, but they theoretically don’t need anyone in the car at all,” he said.

“Starting a company was never really on my bucket list. It wasn’t something that I felt passionate about in its own right" - Ferguson 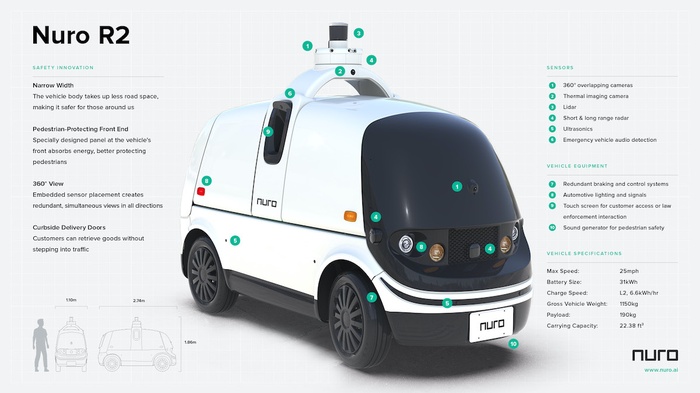 Nuro was poised for the COVID-19 pandemic, even if no one in the company could have predicted it. The one thing Ferguson was betting on — the growth of e-commerce and delivery — happened sooner than anyone expected.

“Pre-COVID, only about 3% of groceries were delivered online in the US,” Ferguson said. “And during COVID, one in three households during the month of May in the US have ordered groceries to be delivered. So it’s a phenomenal increase in demand, which, according to pre-COVID industry forecasts, has been a five-year acceleration in terms of what we’ve been predicting. In general, the entire delivery opportunity and market has been massively expanded as a result of COVID.”

Nuro’s contactless approach to delivery was a feature before the pandemic hit, but since then, it’s become one of its biggest selling points. There’s far less human contact involved than having a delivery driver involved, and therefore one less way for the coronavirus to spread.

“Before the pandemic that was always seen as a nice-to-have, more of cherry on top,” Ferguson said. “I think now there’s such tremendous value in the contactless nature. We’ve seen that that has been a massive driver. Our partners, as we talk about big future plans together, recognize that this is going to be a major advantage that this technology and service can provide.”

“Before the pandemic that was always seen as a nice-to-have, more of cherry on top. I think now there’s such tremendous value in the contactless nature" - Ferguson 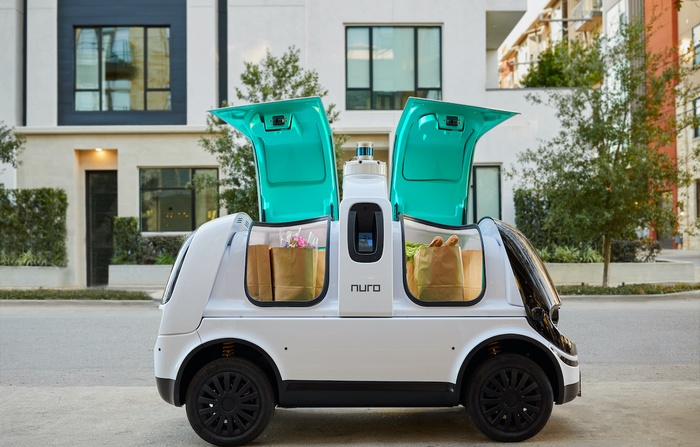 Partnering up with major retail, restaurant, and grocery chains has been Nuro’s way of getting to consumers. To date, they’ve partnered with the likes of Domino’s, Walmart, CVS, and Kroger. And while the company has seen success during the pandemic, and zero layoffs, Ferguson says it’s not a walk in the park. “Being a leader can be fairly emotionally draining. What you’re experiencing is a very biased glimpse into the state of the company. What you’re spending your time and attention on is not an accurate reflection on how things are actually going.”

“If I spend 70% of my time on things that are broken, then I might come away thinking, Wow, I guess 70% of the company is broken,” he added. “But actually that’s the case, so I do think you need to be emotionally steeled for recognizing that you’re going to be spending most of your time in the muck trying to fix things that are busted, and you need to make sure that doesn’t negatively impact you emotionally. You just have to be prepared for that.”

“Being a leader can be fairly emotionally draining. What you’re spending your time and attention on is not an accurate reflection on how things are actually going” - Ferguson

Despite the challenges that Nuro faces, the road ahead looks bright. Back in February, Nuro became the first company to be granted approval for a self-driving vehicle exemption by the US Department of Transportation (sorry Tesla). Nuro has the green light to scale up, which means more R2 vehicles on the road. Ferguson sees Nuro as a general robotics company, which means more applications of their technology in the future.

“In fact, we’ve dabbled with it a little bit in the past,” Ferguson said. “We had robotic arms that we were doing some research on the fulfilment side, so the picking and packing of groceries. And we were effectively able to apply a lot of that machine learning and the techniques that we built for detecting cars and pedestrians on roads to detecting cereal boxes and different fruits and vegetables and then be able to manipulate them.”