The ambitious, bold and hungry start their week with The Business of Business!
Innovation
7.24.19   4:01 PM Innovation

Sleep Number is taking on digital startups head-on in a war to out-hire and out-scale each other.

When it's wartime, there's only one move left to make: you go to the mattresses.

And it looks like that's exactly what Sleep Number ($SNBR) is doing - the Minnesota-based mattress retailer has web competitors' number and it's out to out-sell them, judging by its alternative data. Sleep Number is opening more new stores, and checking out of malls and into new locations as part of its growth strategy - and it's out to expand headcount, according to the job postings.

Sleep Number isn't out to beat competitors like Casper ($PRIVATE:CASPER) in any one state - instead, Sleep Number has been ramping up job postings across the US - growing postings 77% in the most recent quarter ending June 30, alone (the company has posted dozens more job openings in the time since). However, Casper is scaling up its business as well - shown in our next chart. It tracks Casper's retail job listings, only, which have more than doubled in 2019.

As it build its retail staff, Casper is also growing its retail presence, having made the move off of the web and into brick-and-mortar stores to better cement relationships with consumers. Casper is a relatively new entrant to the Unicorn Club, having raised $100 million at a $1.1 billion valuation from investors including NEA, as well as retailer Target ($TGT).  Sleep Number has about 575 stores, so Casper either has to expand its footprint on the map below, or come up with a dominant social strategy to get consumers' attention. 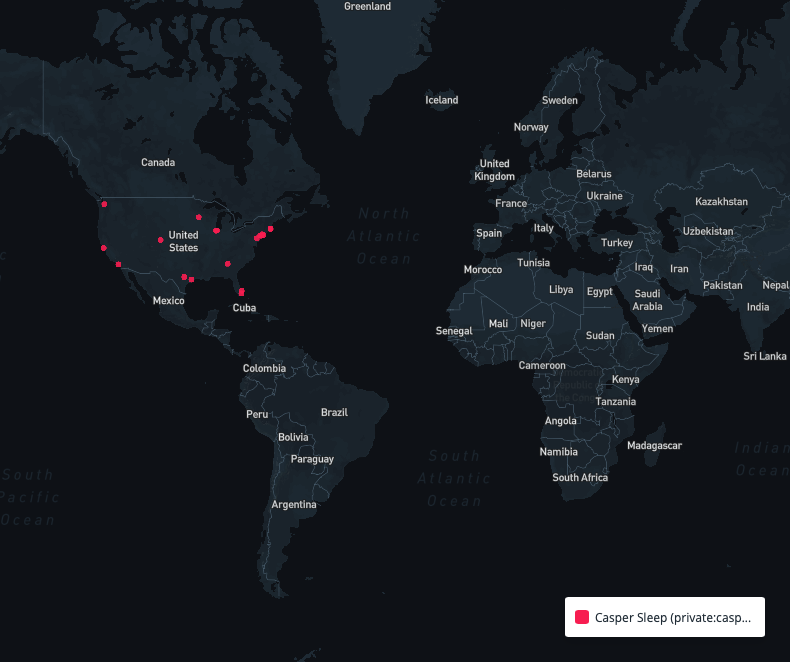 Not that Casper is treating the competition any differently: our data tracks LinkedIn ($MSFT) Employee Count, or how many people identify their current place of employment with a given brand or business.

In a year where disruptive, direct-to-consumer startups have been gaining big attention and when tech startups' IPOs have been received well in the market, a Casper IPO could mark a new plot arc in the mattress mob wars. For now, all we have to look forward to, is Sleep Number's earnings July 25, where analysts tracked by Zacks Investment Research are looking for EPS of $0.03 per share.