The ambitious, bold and hungry start their week with The Business of Business!
Innovation
4.15.21   2:00 PM Innovation

These sex tech startup founders are mixing data with pleasure

We spoke to Lee and Klinger about Lioness’ technology and the future of sex tech. 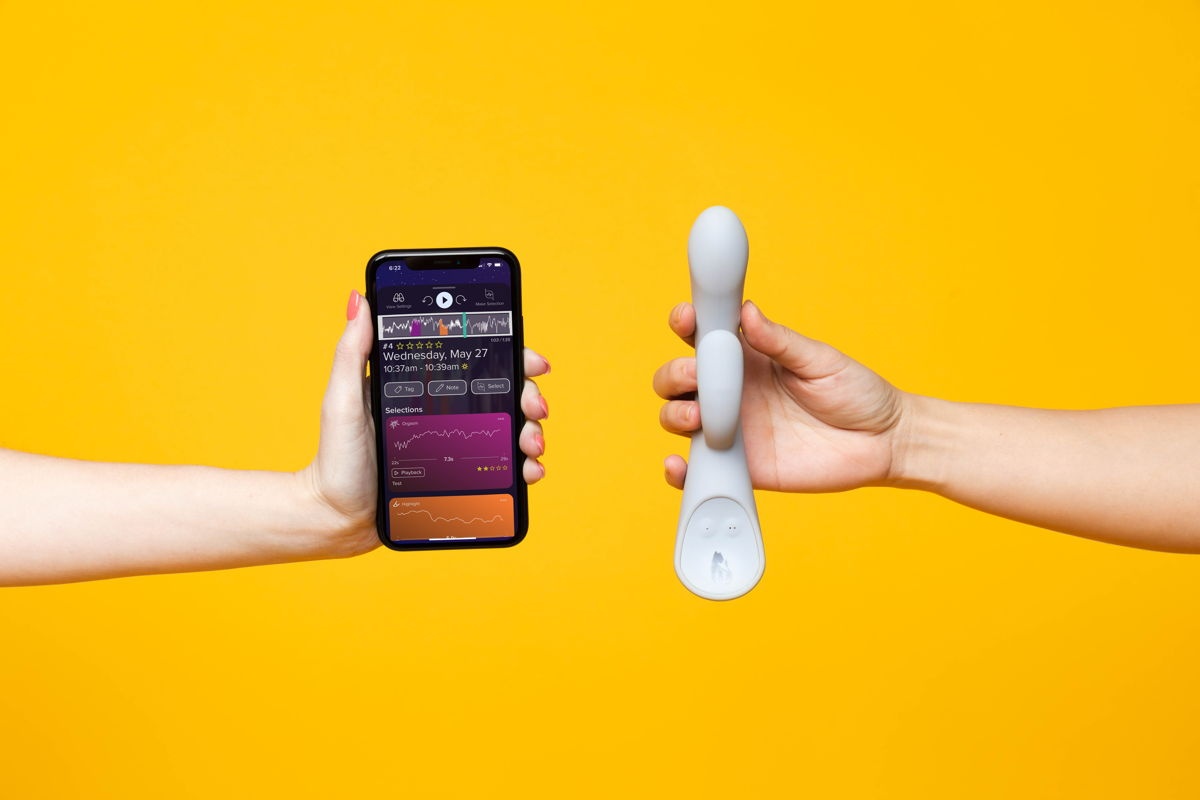 This interview has been edited for length and clarity.

The Business of Business: Walk me through Lioness' origin story and your founders journey.

Liz Klinger: I came from a more conservative family. I grew up in the Midwest and we didn't really talk about sex. In a way, that made me more curious about the topic. So I ended up exploring sex and sexuality and pleasure primarily first through the arts...I ran across an opportunity to sell sex toys, primarily to women through Passion Parties. As I was hosting and doing more of these parties, I was finding that there were a couple people at each of these [parties] who would take me aside and start asking me all these questions that they'd had in the back of their heads related to sex and pleasure and relationships...I saw a need there. Eventually, I went looking into how do I start my own [business] to improve sex lives in some way.

Tell me about your flagship product, the Lioness.

Let's dig into those features of precision sensors, biofeedback, AI, and pleasure data.

"We've gone against every single odd — being in Silicon Valley, doing consumer hardware, working in sex tech, building this business as women founders and first-time founders. At this point, if somebody doesn't recognize the work that we're doing, that's not who that we want in our team."

So, the Lioness 2.0 is launching this month?

Klinger: Yes...There's a feature called Live View that's really interesting for a lot of our users where — this is an optional thing — they can actually see from their app what's going on in real time with their sessions...Then there's a hotspot algorithm that uses AI to give people a heat map of their session. So to better navigate and see where they may have been more or less aroused or may have had an orgasm. It's basically a way to help people read through their data better. It's something that we built based on about 50,000 different sessions since the inception of Lioness.

Lee: I always tell this to people, especially investors: The money doesn't lie. There's such a big opportunity in sex tech, people that want to purchase, and it's been around for years for a reason. The really amazing thing that we're seeing is different companies building for different people. Before, it was very much just a vibrator with a button and a motor, and it was like, if this doesn't work for you, something's wrong with you. It was a one-size-fits-all case. Now, with sex tech flourishing, we're starting to see all these people come with different products that are gender neutral, that aim for the LGBTQ+ community, or just all different types of people and different bodies. I think that's been really amazing to see how that's shifting.

How has the pandemic impacted the sex tech industry?

Klinger: On one hand, when all the lockdowns started happening, the assumption was that everyone's buying sex toys and spending time at home...We saw some of that too with some of our purchasing data, like people being more experimental and explorative, and buying Lionesses because of that. But there's another side of it too, especially as the pandemic wore on, and usage of the Lioness plummeted in the holidays. It was around the time when lockdowns and COVID cases were getting to their peak, a lot of people were not very sexually active during that time. We did an accompanying survey through the research platform...If you want a fun data point, in November, 2020 there was a 37.78% decline in masturbation frequency when compared to frequency in November 2019.

How have you handled taboos or stigma around sex tech while pushing your business forward?

Lee: We've gone against every single odd — being in Silicon Valley, doing consumer hardware, working in sex tech, building this business as women founders and first-time founders — we've gone above and beyond. At this point, if somebody doesn't recognize the work that we're doing, that's not who that we want in our team.

Forget NFTs! Emoji-based crypto links are selling for hundreds of thousands of dollars

In the word of crypto, it turns out that names are the only true scarce commodity. Emoji to the rescue?
Joon Ian Wong
5.5.21   11:00 AM
Features

The Epic v. Apple games trial got off to a chaotic start yesterday. But fans that were expecting a slugfest instead got a typical court proceeding.
Danny Konstantinovic
5.4.21   3:00 PM
Tech

After regaining consumer trust, Jessica Alba’s Honest Company is going public at a $1.5 billion valuation. Here’s everything you need to know.

The Honest Company’s revenue shot up 28% during the pandemic. Now, the company is betting that the improved performance will translate to a successful IPO.
Ivan De Luce
5.3.21   7:00 PM
Markets

New Hampshire and Massachusetts have administered the highest percentage of COVID vaccines to their populations.
Julia Gray
5.3.21   6:15 PM
Features
View All