The new accessory-focused Nintendo Switch game goes for $79 and is already a top-seller leading into the holiday season.

Few companies get consumers excited (and buying) accessories like Nintendo ($TYO:7974). '80s kids pined for the Duck Hunt Light Gun, '90s kids begged for the Gameboy Transfer Pack, and the Wii was a bevy of bits and pieces from the start. And now, as of this week, the company's latest accessory — a plastic ring into which gamers slot their Nintendo Switch controllers — has made its way to Amazon's top-10 sales ranks as of this morning.

Ring Fit Adventure, a $79 fitness-focused videogame and accessory combo, is already the #5 best-selling item among the hundreds of thousands of SKUs sold in Amazon's video game category.

And it just officially went on sale today.

When Ring Fit Adventure became available for preorder last month on Amazon, it immediately hit the Video Games #15 sales rank. It settled a bit in the coming weeks, but now that the game and accessory are shipping, it's back in the top-10. 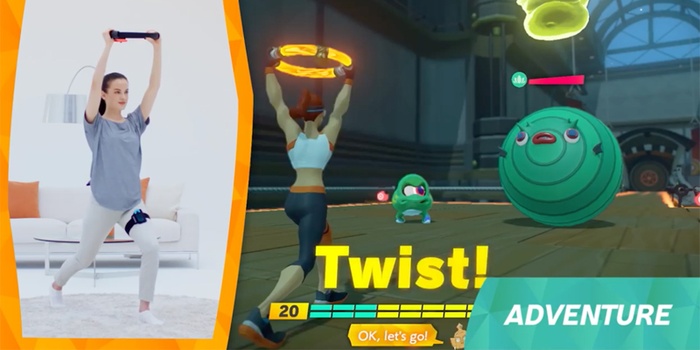 The game comes with the aforementioned Ring-Con as well as a Leg Strap, into which players (exercisers?) slot their Switch Joy-Con controlllers. The game is an adventure "role-playing game" that uses player movement, as tracked via the accessories, to battle enemies. It also includes more standard, guided workouts as well as multi-player modes. It builds on the success the company saw with Wii Fit, which came with a balance board and sold close to 23 million copies at $89.

Ring Fit Adventure snuck into Amazon's top-10 earlier this week, displacing perennial best-sellers such as gift cards. As of October 17, 2019, the game was selling better than Call of Duty: Modern Warfare for PS4, Luigi's Mansion for Switch, and The Witcher 3: Wild Hunt, also for Switch.

Nintendo is poised to have another excellent holiday season. Its new compact Switch Lite console is already a top-seller, and it was recently revealed that the Nintendo Switch console (launched in 2017) has already moved 15-million units in North America alone.