The ambitious, bold and hungry start their week with The Business of Business!
Markets
9.2.20   8:00 PM Markets

Plus size menswear leader Destination XL is on the bankruptcy watch list. Which competitors could rise up?

After years of dominance in the plus size menswear market, DXL Group is one of the most vulnerable retailers for bankruptcy. Here are seven competitors that could benefit from DXL’s troubles.

The “big and tall” retailer rebranded from Casual Male XL in 2013, opening glossy megastores overflowing with polos and graphic tees up to 8XL, and relaxed fit chinos up to a size 60. As they grew into the largest men’s plus size retailer in the US according to WWD, Destination XL (DXL) helped normalize the industry. They were among the first to stock large sizes of designer brands like Ralph Lauren, Levi’s, Lacoste, Michael Kors and True Religion in one place, and cast actual plus size men in commercials instead of football player alpha males.

Ready to make a splash? Get in on our BOGO 75% off swim styles + 40% off designer brands just in time for summer + Father's Day (it's June 21, btw)!https://t.co/qtkWSnHHYp pic.twitter.com/JG4SvoZXOA

With few competitors, DXL “practically own[ed] the big guy market” in 2017, declared Forbes. But the Covid-19 retail apocalypse stops for no brand. After years of dominance, DXL Group appeared on the S&P’s list of the most vulnerable retailers for bankruptcy, with a 15.4% default probability according to Retail Dive. They’d join more than 40 companies that have already filed for Chapter 11 this year. The company canceled more than a quarter of its spring orders, and “has been in discussion” with landlords about missed rent payments, reports Dallas News. Even as 300 plus stores began to reopen in late April, the company’s sales were down 38% from 2019 in the 2nd quarter, reports WWD.

DXL’s woes aren’t necessarily a result of decreasing popularity. The brand’s Facebook following has risen evenly since 2018 and stayed steady during the pandemic at 128,000 likes, even as the brands’ parent company DXL Group’s share price has dropped 85%, from $2.15 to $0.32 since the beginning of the year.

While DXL made progress, men’s plus size apparel still lags far behind women’s when it comes to availability, quality and diversity. Although the average American man wears around a size 40 pants, there’s no equivalent in men’s fashion for people like Ashley Graham, Tess Holliday and Gabi Fresh, or brands like Fashion Nova or Eloquii, which have collectively liberated women from Lane Bryant’s drab caftans and maxi dresses. As recently as 2015, 57.9 percent of “big and tall” menswear shoppers “agree that they would spend more on clothing if there was more choice available to them,” according to Business of Fashion. Even before the industry’s leading retailer was on the rocks, men’s plus size was wide open for innovation. Here are seven competitors that could benefit from DXL’s troubles. 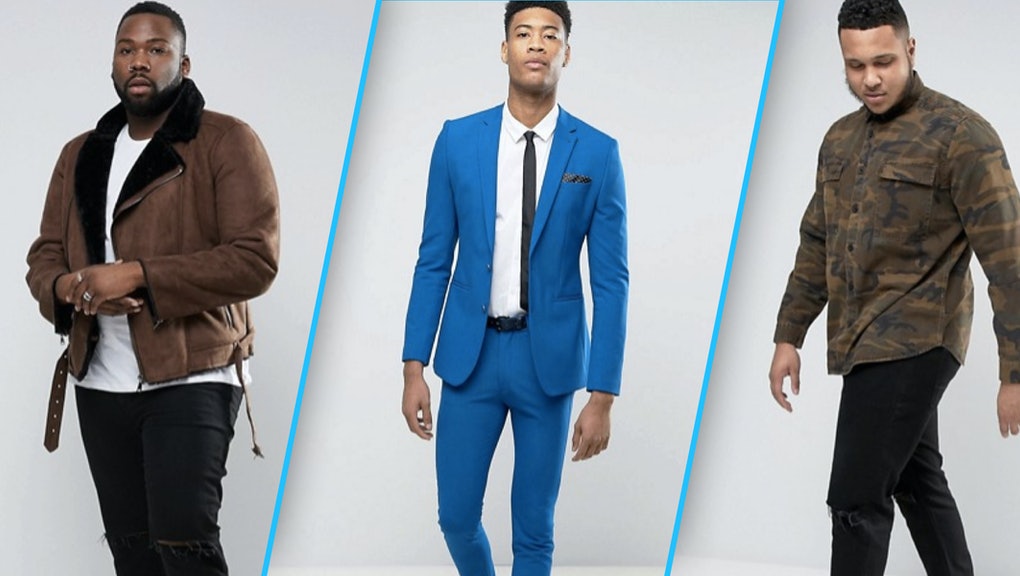 Given their flexible production capabilities, it’s logical that fast fashion would tap into the plus size market, no brand more so than ASOS. The London-based retailer has had huge success with both men’s and women’s plus size markets: their “curvy” lines account for 20% of all their women’s sales, according to The Guardian. ASOS’ larger sizes for men address two of plus size fashion’s biggest gaps: affordability and younger demographics. “The current plus-size menswear market generally targets an older customer, and isn’t focused on offering stylish, mainstream options like we’re seeing in the women’s market,” Sturgell tells Business of Fashion. Millennials and Gen Z can shop their hearts out on gold metallic button downs, pinstripe cigarette pants, and corduroy “shorteralls” up to a 6X and 48 inch waist.

Not all DXL’s customers will find what they’re looking for on the sparkly racks of ASOS. They might at KingSize, the men’s arm of plus size fashion conglomerate, Fullbeauty Brands, which also runs women’s plus size brands Woman Within, Roaman’s, Jessica London, Ellos and Swimsuits For All. KingSize is beloved for dad-friendly vests, cargo pants, outdoor gear and activewear.

We took to the streets of Brooklyn, NY for our latest collaboration with Levi’s® to bring you the best of the best for the fall season. Levi’s® started out as the uniform of the working class, but it’s since become the uniform of your everyday life. #LiveinLevis #KINGSIZExLEVIS pic.twitter.com/bB0wdYKWno 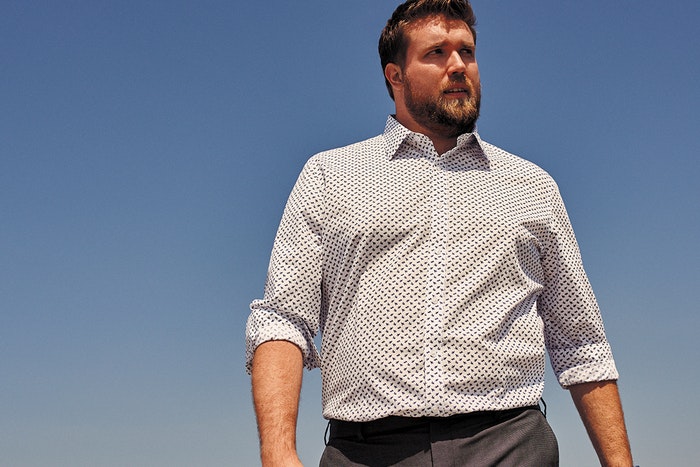 Walmart-owned online menswear brand Bonobos, kings of the statement shirt, launched their first plus size line in 2018 with a body inclusive ad campaign intended to be “a portrait of modern masculinity.” Since then, their extended sizes have become a plus size favorite for prepsters, offering button-ups shirts, polos, golf shorts and blazers in modern cuts. 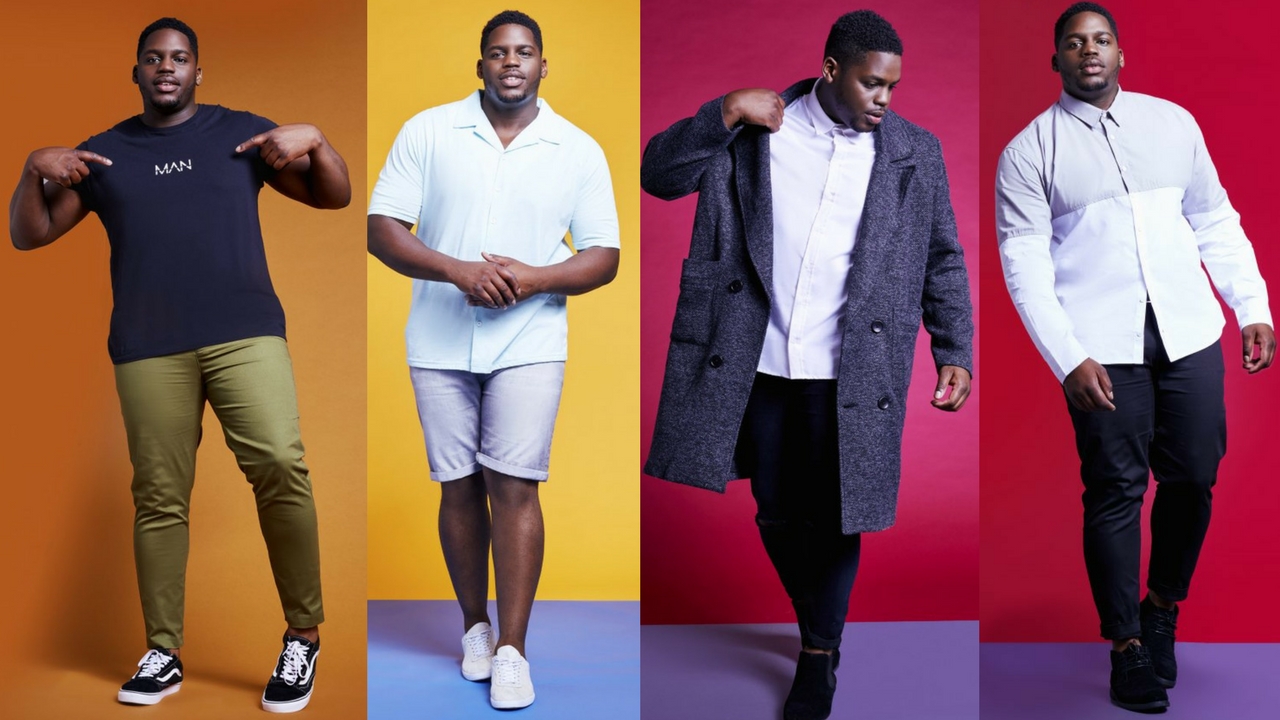 Another fast fashion plus size player is Boohoo Man, which has flown mostly under the radar, but not among plus size men. With collabs with Swae Lee, Quavo and Lil Mosey under their belt, the brand is solidly aimed at the young and hip, carrying a generous selection of “big and tall” hoodies, coats, jackets, jeans and more. Despite the pandemic and controversy over its labor practices, parent company Boohoo Group, which also owns NastyGal, PrettyYoungThing and Oasis, saw sales surging under lockdown. 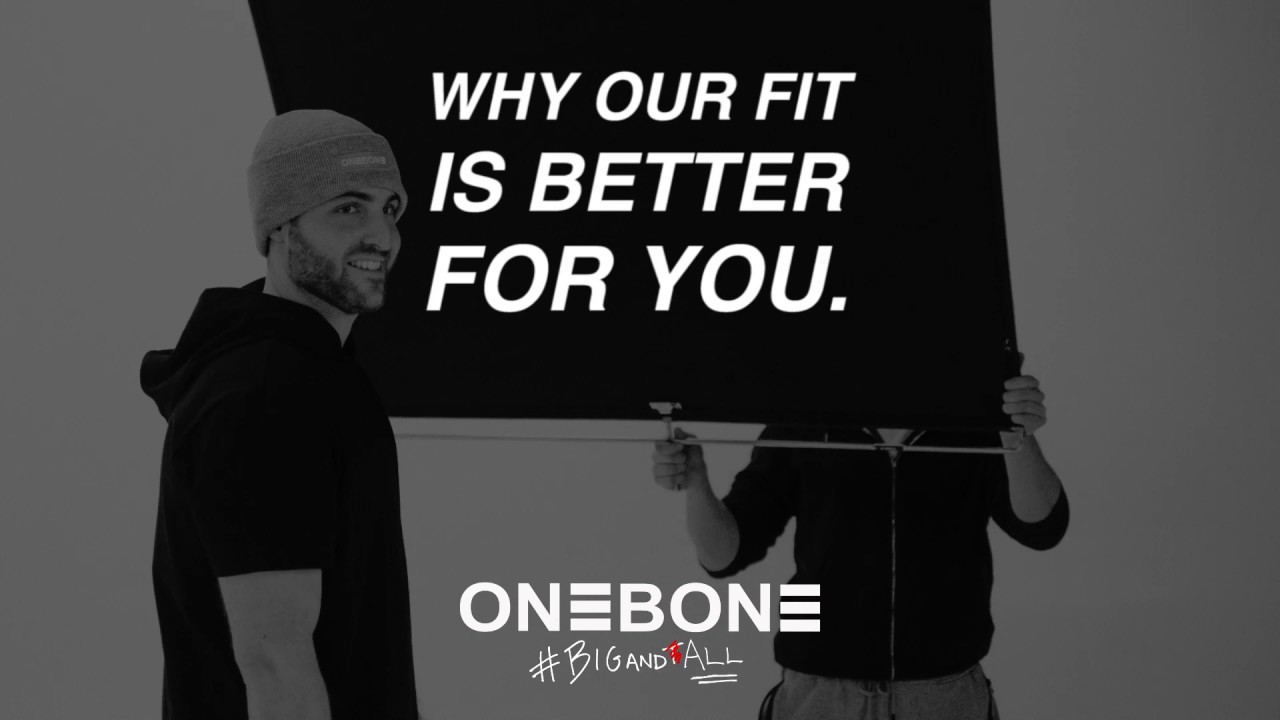 One Bone is the hottest new streetwear brand for plus size men. Founded by a DJ who couldn’t find a comfortable T-shirt for fist-pumping, their minimalist hoodies, tank tops and tees look like your average streetwear, except that XL is the base size, which they call 0. From there, their clothes go “down” to a “negative two” (a men’s medium) and up to a size “seven” (a men’s 6XL). Their selling point is their quality, flattering fabric, which got them scored higher than DXL owned big and tall brand Rochester Clothing on consumer review website Knoji.

Jacamo, a brand of N Brown Group (JD Williams, Ambrose Wilson, Simply Be), calls itself an “online fashion and grooming brand for plus size men age 25-50.” Athletes like cricket player Andrew Flintoff, have fronted their ad campaigns, but most guys under 50 could outfit themselves from the brand’s range basics, denim and athleisure, which range from preppy to casual and urban. E-commerce makes a lot of sense for men’s plus-size, given male shoppers are more interested in convenience. In a 2015 Mintel’s survey of plus-size customers, 84 percent of men said that they shopped for “big and tall” products online, according to Business of Fashion. 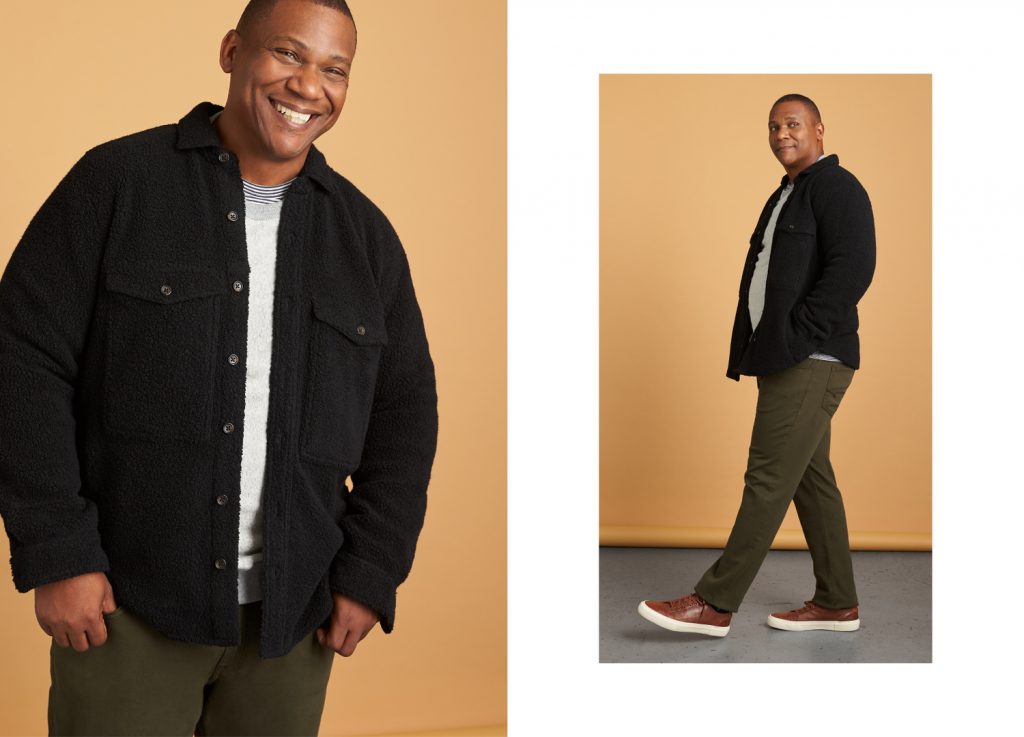 Though clothing rental and subscription services at large have struggled during the pandemic due to severe belt-tightening, Stitchfix has been something of an exception, partially thanks to their investments in menswear according to The Motley Fool. For instance, Stitchfix offers a “big and tall” men’s subscription up to 3XL and 48 inch waist, that can be tailored to “casual, professional, active or dress” clothes. Customers like what they see. Despite the pandemic, Stitchfix’s revenue grew by 20% in the first half of 2020, though it stumbled this summer, and expanded its client base by 9% according to Yahoo! Finance.