The ambitious, bold and hungry start their week with The Business of Business!
Markets
7.3.19   3:25 PM Markets

Facebook data shows that Macy's July 4 fireworks display could be losing its pop for the brand.

Macy's ($M) has been the sole brand backdrop for two of the largest annual New York City celebrations for decades. Its Thanksgiving Day Parade has been the stuff of legends, celebrated movies, symbolic of coming of winter holidays. And when summer arrives, Macy's 4th of July Fireworks has wowed both local and TV audiences for going on 43 years.

The retailer's sponsorship of two of the largest American holidays has historically paid off. It puts the Macy's brand mark in front millions of Americans as they celebrate the holidays and it has been, at least historically, an unparalleled opportunity to build awareness and affinity.

But in the age of social media and online shopping, Macy's is reaping fewer and fewer rewards from its expensive holiday sponsorships. 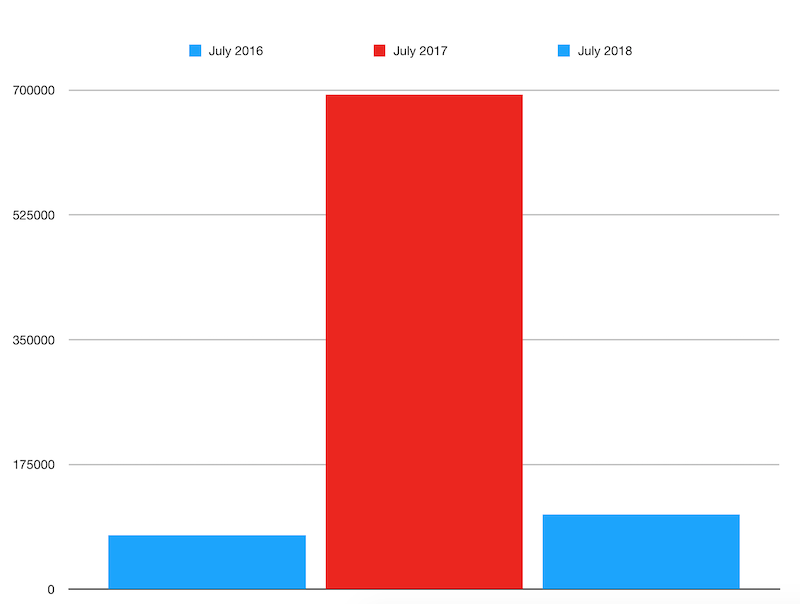 Macy's spends a lot on its 4th of July Fireworks display, as much as $10 million according to some estimates. That gets Macy's in front of about 3 million spectators and 12 million television viewers. In a pre-social media and e-commerce world, that would be an easy take for just about any brand marketer. But if the data shows the brand reaping fewer and fewer lasting impressions for a consumer public that's already shopping less at Macy's, it's possible that some tough decisions will need to be made in the coming years.

It's also possible that 2019 could be a bounce back year for the brand. Weather in the New York City area is expected to be clear, and Macy's Fireworks are returning to the Brooklyn Bridge as a backdrop for the first time since 2014.

Only time — and social media users — will tell.