The ambitious, bold and hungry start their week with The Business of Business!
Innovation
9.7.18   5:48 PM Innovation

As Kylie Cosmetics hits store shelves for first time at Ulta, here's what it's up against

Kylie Cosmetics will prepare to fight with Estée Lauder Companies and L'Oréal premium brands for the general beauty consumer market this holiday season.

Kylie Jenner, the major fashion influencer who gained fame as she mugged her way around the world with her even-more famous half-sisters on Keeping Up With the Kardashians, recently announced that her make-up brand, Kylie Cosmetics ($PRIVATE:KYLIECOSMETICS), is heading to Ulta Beauty stores by the holiday season. This has industry speculators predicting big things for Jenner's company, and the data shows that they'd be right.

Her company is a rarity in the cosmetics business, as it is not part of the seven massive beauty conglomerates: Estée Lauder Companies, L'Oréal, Unilever, Procter and Gamble, Shiseido, Johnson and Johnson, and Coty. Despite that, Kylie Cosmetics is turning major profits. From when Jenner rebranded her "Kylie Lip Kits" to Kylie Cosmetics in February 2016 to the end of that year, the company made $307 million in sales, more than an eighth of what Revlon made in all of 2016.

Of course, that's helped her skyrocket towards becoming a "self-made billionaire" (according to Forbes, that is), but what exactly is she selling? And how does it compare to her competitors?

A premium catalog of products

With 266 individual products on offer from Kylie's website, the average price of one item is $30.86. This includes everything in her limited-edition Birthday collection and a $415 Birthday Mega Bundle that is currently sold out.

Breaking it down by product line, the average product in her LIPS category, which includes lipstick and lip kits, runs $23.41. Meanwhile, a single product in the EYES category, such as one of the many eye shadow palettes on offer, costs an average of $35.96. The latter price point is helped by individual eyeliner... er... Kyliner brushes, which cost $10 each.

Currently, Kylie Cosmetics only sells product via its website, and the biggest amount of exposure it has is through the founder herself, posting photos of herself on her Instagram wearing the latest from her make-up line.

Therefore, this foray into Ulta's stores will be the first major time Kylie Cosmetics will face mainstream competition head-on. With that in mind, how will it fair against the competition? While we don't have a crystal ball to magically predict sales (as helpful as that would be for all of us), we can at least see what brands at Ulta it will be competing against at its $30.86 average price point.

By looking at the average list price of products at Ulta by brand (as of September 1), we can see a few premium cosmetics labels with a similarly robust product line.

Not everything at Ulta is a cosmetics product; as we see here, it sells Bed Head and L'Oréal Professionnel (hair care products) and the Art of Shaving (self-explanatory) among other things. What we're concerned with are the four we italicized on the above table: BECCA, Laura Geller, Smashbox and It Cosmetics.

All of those brands have a range of premium products similar to Kylie Cosmetics, but they're also all subsidiaries of major beauty brands. Laura Geller is owned by upstart Glansaol, and the remaining three are owned by two of the big seven. Specifically, Estée Lauder owns Smashbox and BECCA, while L'Oréal owns It Cosmetics.

This comparison sets the stage for a battle between the old guard of beauty and the new challenger: Champions of cosmetics with decades of mainstream success vs. a young contender headed by one of the world's strongest beauty influencers.

Even if it does not outsell these competitors from the start, Kylie Cosmetics' move into stores is a major milestone for her young brand. Yes, the millions who follow the soon-to-be "self-made billionaire" on social media and blew up their lips doing the "Kylie Jenner lip challenge" are still the core audience, but with the move to Ulta, mainstream customers will be exposed to Kylie Cosmetics in 1,100 plus locations across all 50 states. Here's where they reside in the contiguous states: 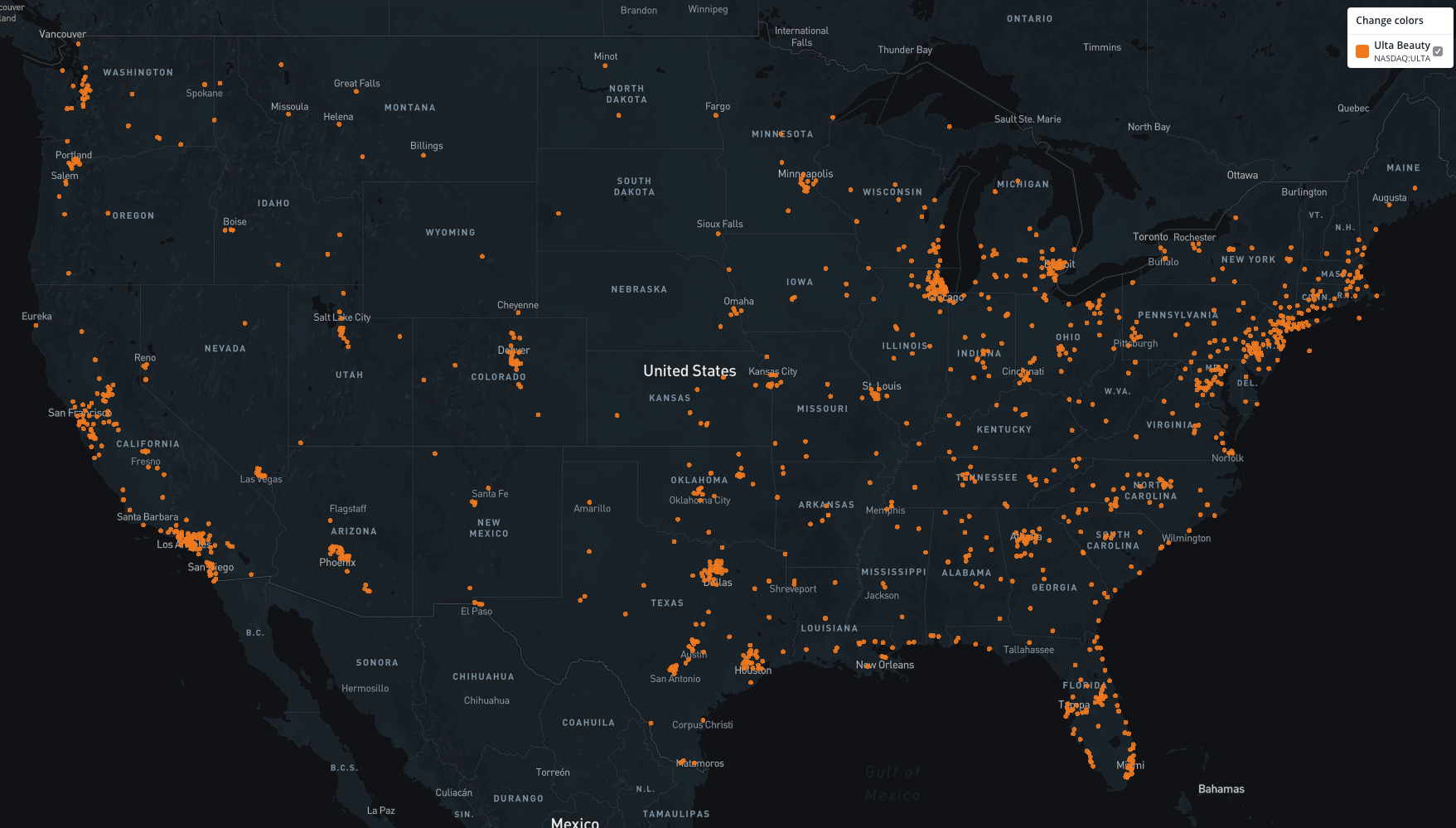 Mainly, Ulta stores reside in malls (strip or regular) in the most populated areas in each state. Its clientele varies due to wide range of products at different price points on offer, but the biggest kicker about Ulta is not who comes into its stores. Rather, it's about a major service that the store offers. 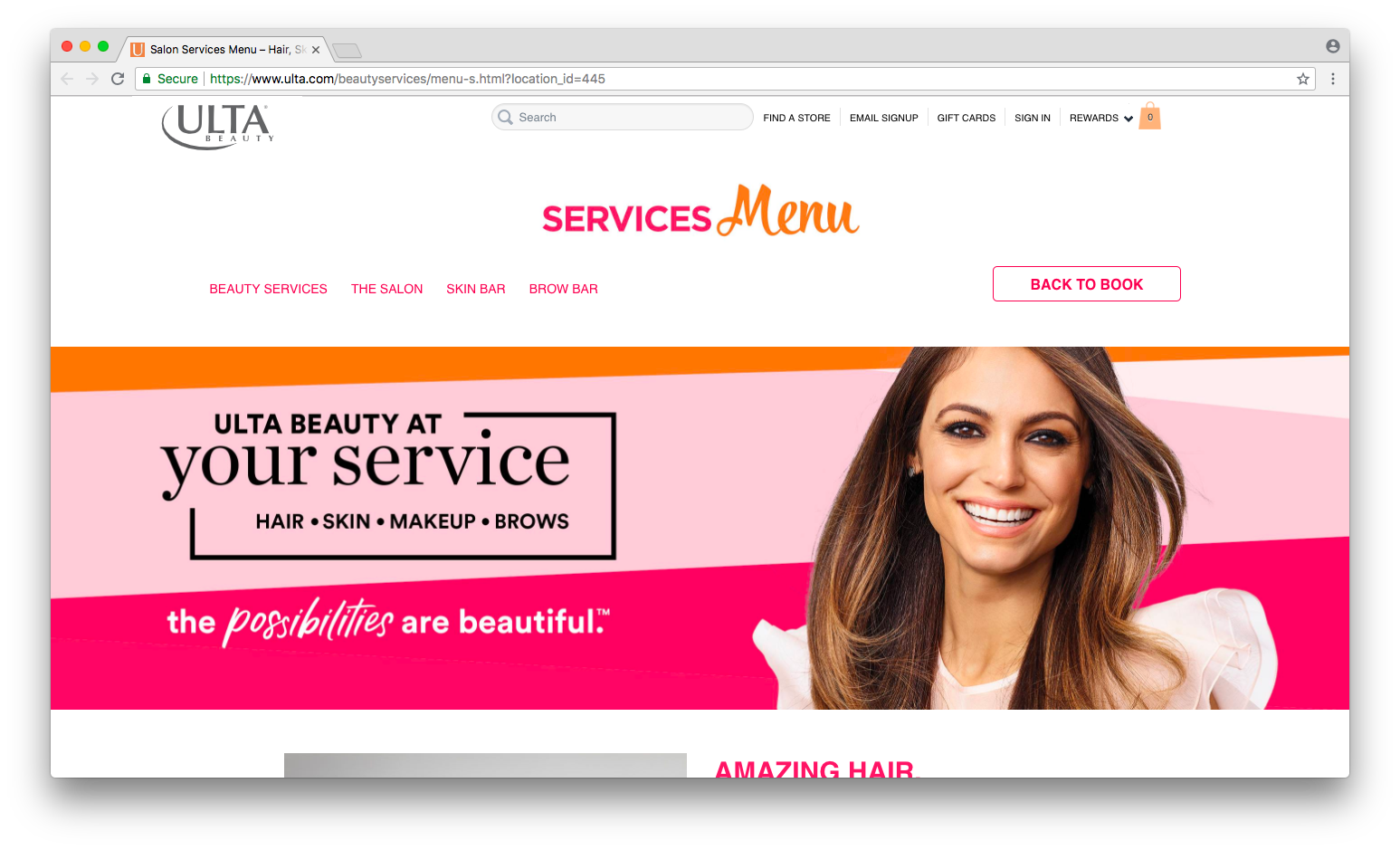 According to its website, Ulta has a full-service salon in every one of its stores and offers appointments for makeup application and tutorials. This could offer even more exposure to the Kylie Cosmetics brand; while it's not confirmed as to what capacity it will be featured in store, being able to demo the product or have it be used for a makeover could further incentivize mainstream customers to switch over.

Ultimately, Kylie Jenner's move to Ulta seems to be a calculated move to capture the mainstream market. And although there is no word about how it will succeed in Ulta stores, it is at least priced to compete with well-known brands from some of the biggest beauty companies in the world.