The ambitious, bold and hungry start their week with The Business of Business!
People
4.5.18   2:23 PM People

Or something like that. Here's how e-book and physical book best-sellers lists compared at Amazon for March.

What kind of book reader are you? 20th-century novels? Non-fiction biographies? Self-help? Has your book buying been usurped by a child who wants nothing but books about bugs?

Whatever kind of book buyer you are, it turns out that the format via which you read - e-book or paper - could predict what it is you're reading.

That's because, according to our data in which we track top sales of books at Amazon, highest-ranking titles in the Kindle store differ vastly than those in Amazon's standard print-books category.

There are some outliers, with some novels in the print category and a couple of self-help titles on the Kindle side, but the divide is clear.

In the standard book category, Psychologist and political-correctness critic Jordan B. Peterson's 12 Rules for Life: An Antidote to Chaos sold best in March at Amazon with an average daily sales rank of 3.91.

On the Kindle e-book side of things, Melinda Leigh's legal thriler Say You're Sorry (Morgan Dane Book 1) topped downloads at an average daily sales rank of 3.76.

Four of the top-10 ranked physical books (40%) in March were self-help titles; three (30%) were novels; two were children's books, and one was a reference guide for table-top RPG game Dungeons & Dragons. 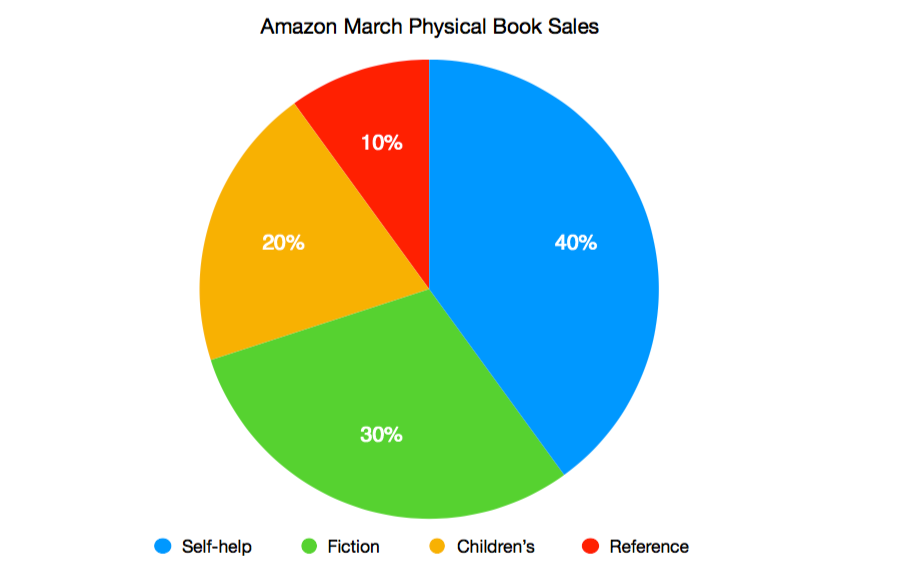 Among Kindle e-books, 9 of the top-10 ranked titles (90%) in March were novels. Just one, Hell's Princess: The Mystery of Belle Gunness, Butcher of Men was non-fiction (a novel-like thrilling one at that).

Some of this divergence can be explained by the fact that parents want to read actual books with colorful pictures to their children. Similarly, the Dungeons & Dragons manual is graced with beautiful, full-color illustrations (in fact, there isn't even a Kindle version of that book).

The self-help book divergence is curious, though, as every one of the top-sellers in March do have Kindle versions available. It could be that since many are new releases, consumers were able to score better prices by pre-ordering. It could also just be that novels are so popular on Kindle that they crowded out nonfiction.

However this came to be, though, one thing is clear: Kindle readers love fiction.

For our purposes here, "Category Rank (Average)" was computed by looking at daily sales ranks at Amazon for the top-100 titles in each category. In this case, we only included books that were on that top-100 list every day of March. In addition, books that are part of Amazon's Kindle Unlimited subscription service are included.