The ambitious, bold and hungry start their week with The Business of Business!
Markets
5.15.19   12:30 PM Markets

Minimum wage hikes were approved by state governments across the US. Now, more than half of the restaurants that run under the Jack in the Box brand could see slimmer margins.

Quick-service restaurant Jack in the Box ($JACK) has a problem. It's giving out raises, whether it wants to or not.

Most of Jack in the Box's restaurants are located in states that have - or will soon see -  minimum wage pay increases.

Jack in the Box will announce earnings results for the most recent quarter after the bell on May 15. According to analysts tracked by Zacks Investment Research, the take-away chain is expected to earn $0.93 per share. But there are a number of other factors that will impact Jack in the Box, and the QSR industry at large. Pay and staffing looms large. 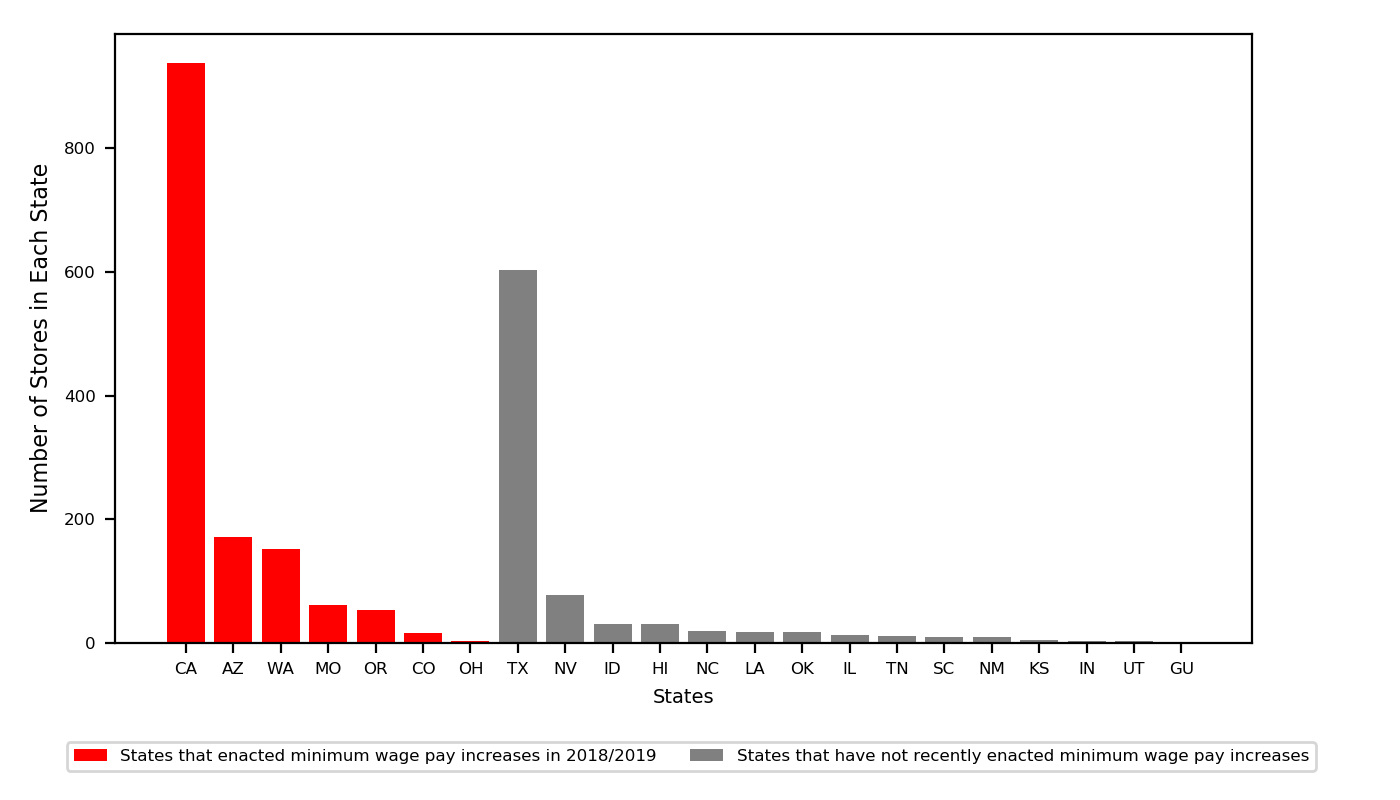 The minimum wage is going up in California, where Jack in the Box has more operations than any other US state. Ditto for Arizona. Missouri and Oregon, too. Altogether, the company (which listed 2,241 locations in its most recent earnings report) has 62% of its and its franchisees locations in states that raised the minimum wage in 2018 or 2019, according to legislative information tracked by Paycor.

It is important to note that Jack in the Box has immediate exposure to rising wages than franchisees, which operate the majority of its restaurants. Still, the prospect of slimmer margins for its franchisees can still become a long-term impediment to growth for any franchisor in the restaurant business.

Job Listings are Down - But Store Count is Holding Steady

For the last few years, save a brief hiring spate in 2018, Jack in the Box job listings are down, according to our data. This comes (for the second chart) as the number Jack in the Box locations has remained roughly static over the last 18 months.

Our data measures Facebook ($FB) Were Here Count, or how often check-ins, mobile device shares, and photo-location tags are created at a given location/business. The good news is, this gauge of foot traffic appears to be trending upward; the bad news is, that it has lost some of its trajectory that had been enjoyed by investors in prior years. What could turn this into a neutral is that - similar to companies that run chains of steakhouses - Jack in the Box told investors in its most recent earnings report that margins had been fattened by leaner prices for beef, its "most significant commodity." So the staff may cost more, but at least the burgers are going for less.

Jack in the Box began considering selling itself late last year, according to reports, but there has been little in the way of news on a potential deal. A new bidder could offset any earnings disappointment - but for months, there have not been reports of one materializing. For years, QSR executives have bemoaned the prospect of minimum wages bring driven up and creating pressure on margins.